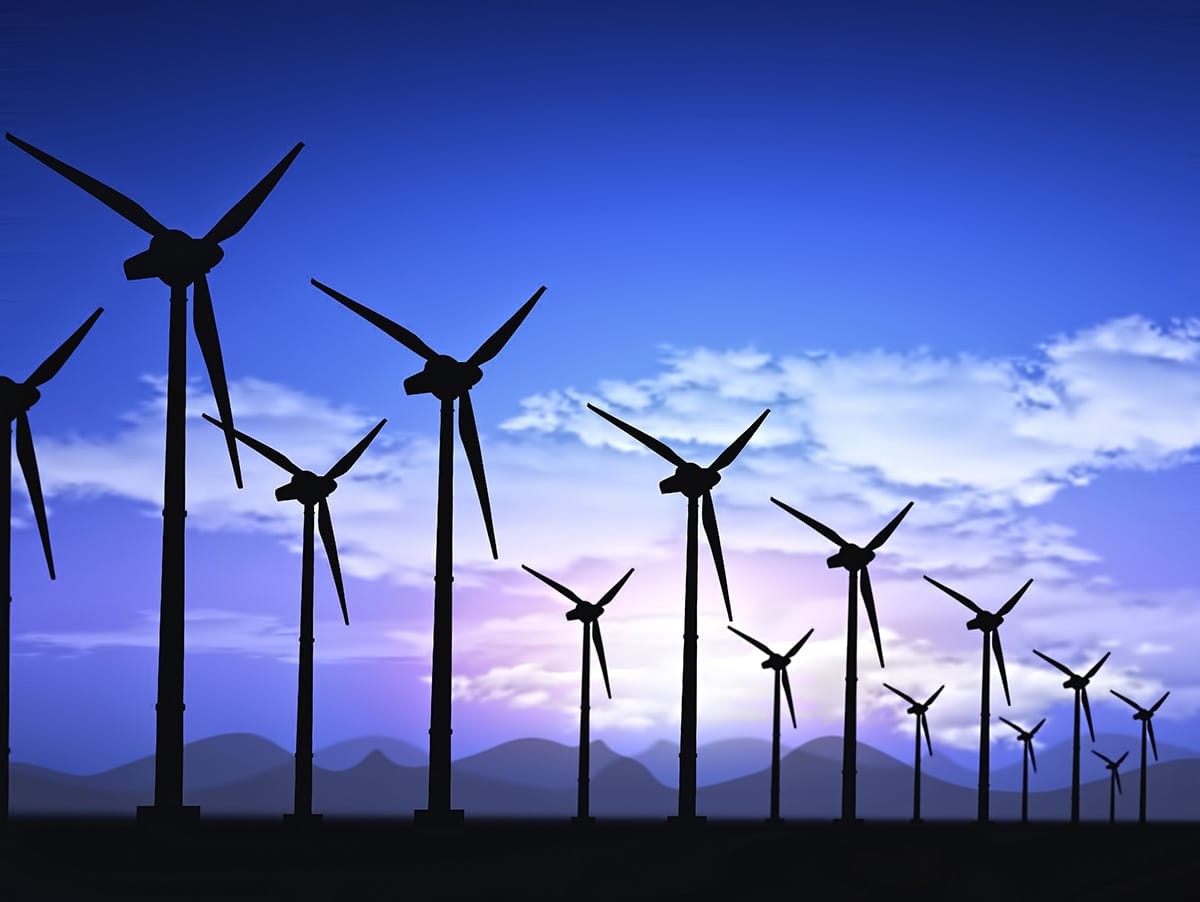 BERLIN - Wind turbines have become more and more efficient over the past two decades.

A new study by Deutsche WindGuard calculates the effect on the actual generation volumes for the first time. Conclusion of the analysis: The technical progress enables a doubling of the wind power generation by 2030.

Progressive technological developments make wind turbines more powerful and also enable more and more full-load hours. This means that more electricity can be generated continuously than previously assumed. This is shown by a new study by Deutsche WindGuard, which was commissioned by the Federal Wind Energy Association (BWE) and the State Association of Renewable Energies NRW (LEE NRW).

The study 'Full load hours of wind turbines on land - development, influences, effects' describes in detail for the first time the effects of advances in wind energy technology on the actual generation volumes. It can thus serve as the basis for further calculations and potential assessments.

The results of the investigation show that the use of modern wind turbines with higher full load hours alone on the previously designated areas could double wind power generation to over 200 terawatt hours (TWh) by 2030. With an additional area designation, generation could even be increased to 500 TWh. If the electricity from offshore wind energy is added, the entire German electricity consumption from wind energy could theoretically be covered: The current electricity consumption in Germany is currently a good 530 TWh, but will increase in the future.

Christian Mildenberger, Managing Director of LEE NRW: 'Wind can do much more: In the past 20 years, technology has made great leaps and bounds. Modern wind turbines produce around ten times as much electricity today as those built at the turn of the millennium. This must also be better reflected in potential studies by the federal and state governments. '

Dr. Dennis Kruse, Managing Director of Deutsche WindGuard: 'It turns out that the potential of onshore wind energy in Germany is still significantly underestimated. Modern wind turbines achieve a significantly higher number of full load hours than previously assumed. That means: The wind can be used more and more efficiently and deliver more income. '

On the areas already designated today, numerous older systems will be replaced by modern ones by 2030 (repowering). However, many old systems will still be in operation. According to Windguard's calculations, the remaining existing systems, together with around 12,500 new, modern wind systems, could generate 212 TWh in 2030. If the area backdrop were expanded from 0.9 percent today to 2 percent of the land area, around 500 TWh would be generated by inland wind.

The ongoing technological development must also be taken into account. The manufacturers of wind turbines are currently working on a new class of turbines with an output of over seven megawatts that will be available in three to five years. According to calculations by the LEE NRW, by 2040 the same number of wind turbines as today could produce over 700 TWh of electricity inland. The electricity demand, which will increase in the future due to electromobility, heat pumps and the production of green hydrogen, can thus be completely covered by a combination of onshore wind, offshore wind, solar power, bioenergy, hydropower and geothermal energy.