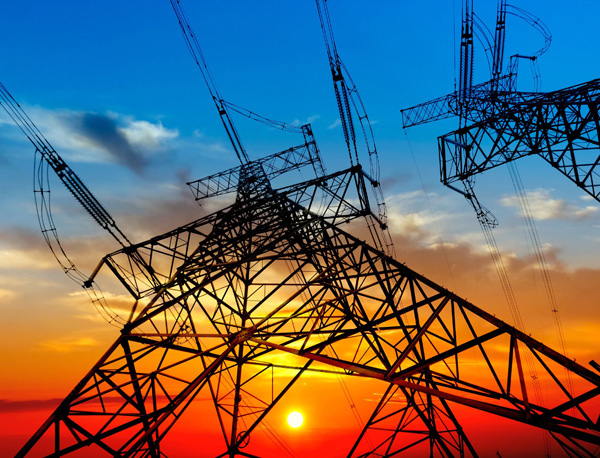 Electrical Energy is defined as the ability to do work

An Electric charge is a property of certain subatomic particles (e.g., electrons and protons) which interacts with electro magnetic field and causes attractive and repulsive forces between them. Electric charges give rise to one of the four fundamental forces of nature, and is a conserved property of matter that can be quantified. In this sense, the phrase "quantity of electricity" is used interchangeably with the phrases "charge of electricity" and "quantity of charge." There are two types of charge: we call one kind of charge positive and the other negative. Through experimentation, we find that like-charged objects repel and opposite-charged objects attract one another. The magnitude of the force of attraction or repulsion is given by Coulomb's law.

The concept of Electrical Energy field was introduced by Michael Faraday. The electrical field force acts between two charges, in the same way that the gravitational field force acts between two masses. However, the electric field is a little bit different. Gravitational force depends on the masses of two bodies, whereas electric force depends on the electric charges of two bodies. While gravity can only pull two masses together, the electric force can be an attractive or repulsive force. If both charges are of same sign (e.g. both positive), there will be a repulsive force between the two. If the charges are opposite, there will be an attractive force between the two bodies (we see this in static electricity and kinetic energy). The magnitude of the force varies inversely with the square of the distance between the two bodies, and is also proportional to the product of the unsigned magnitudes of the two charges.

An Electrical Energy current is a flow of electric charge, and its intensity is measured in amperes. Examples of electric currents include metallic conduction, where electrons flow through a conductor such as a metal wire, and electrolysis, where ions (charged atoms) flow through liquids. The particles themselves often have energy to move quite slowly, while the moving electric field that drives them propagates at close to the speed of light. See electrical conduction for more information.

Devices that use charge flow principles in materials are called electronic devices.

Ohm's Law is an important relationship describing the behaviour of electric currents, relating them to voltage.

For historical reasons, Electrical Energy current is said to flow from the most positive part of a circuit to the most negative part. The electric current thus defined is called conventional current. It is now known that, depending on the conditions, an electric current can consist of a flow of charged particles in either direction, or even in both directions at once. The positive-to-negative convention is widely used to simplify this situation. If another definition is used - for example, "electron current" - it should be explicitly stated.