The Single Biggest Threat To The Electric Vehicle Boom 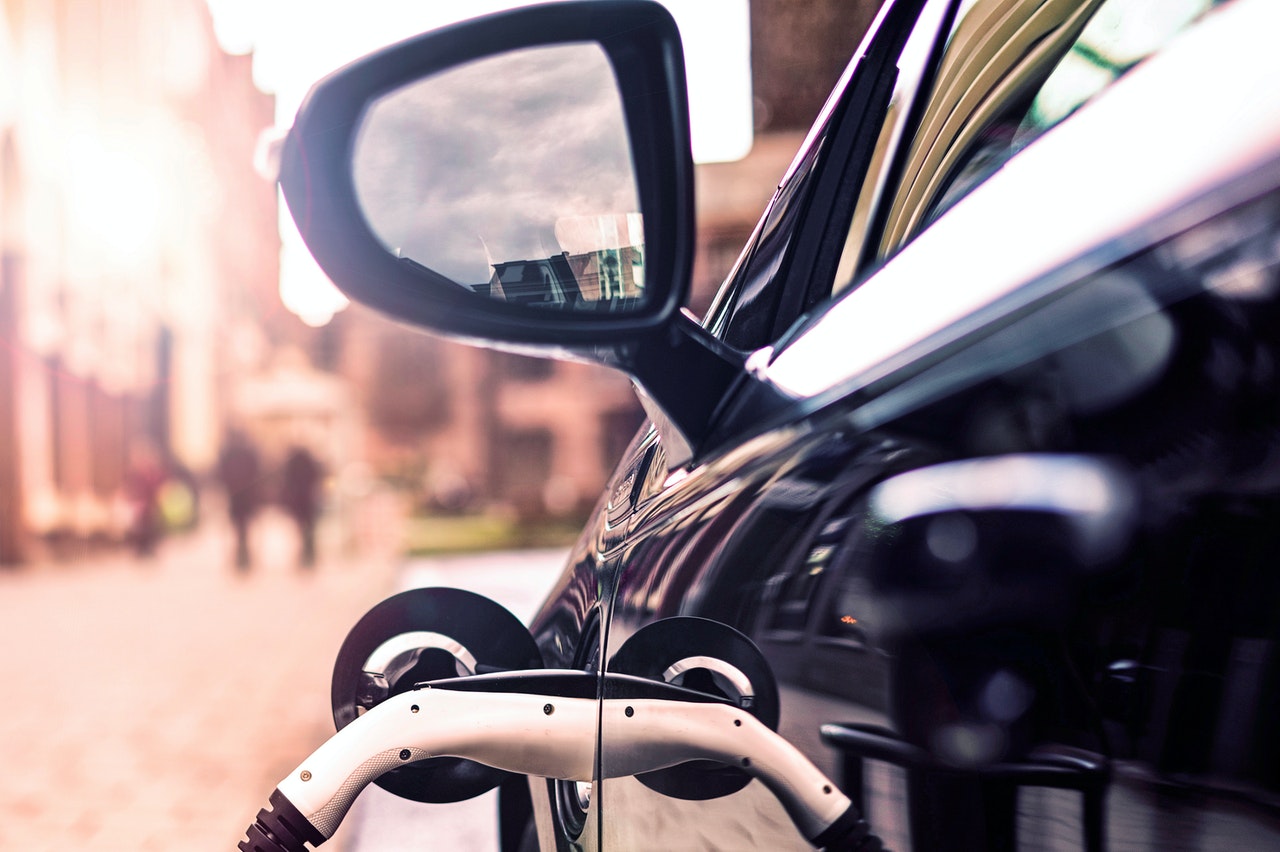 LONDON - 2020 ushered in the start of the EV boom, but it could have a frightening aftershock. The world is already seeing some of the incredible triple-digit gains in EV companies like Tesla and Workhorse. And this EV wave is only expected to grow bigger in the days ahead under the Biden administration.  Mentioned in today's commentary includes:  Tesla, Inc., NIO Limited, Toyota Motor Corporation, General Motors Company, Blink Charging Co.

Just a week after inauguration, President Biden reported he plans to replace the entire government fleet with electric vehicles. That's up to 643,000 vehicles turning electric on the government's dime. But Toyota's president, Akio Toyoda, had an ominous prediction for what could lie ahead.

He stated that if EVs are adopted too quickly, we may not have the energy to support them at this point. In fact, he predicted Japan would run out of electricity by summer if they banned all gas-powered vehicles now. He even went as far as to say that if we rush the process of transitioning to EVs all at once, "the current business model of the auto industry is going to collapse."

While the buzz for electric vehicles has only grown over the last year, many often miss this key piece in making such a drastic shift in such a short period. And although it's expected to create plenty of demand for solar, wind, nuclear, and geothermal energy sources…

At this point in the game, they are still too expensive and lack the storage capacity we'd need for those to be the final solution. That's why companies bridging the gap to the EV world are thriving.

Facedrive, a company known for its "people and planet first" approach, has seen incredible success over the last year, for example. They recently acquired EV subscription company, Steer, from the largest clean energy producer in the United States. Steer's subscription model for EV cars is putting a major twist on the traditional car ownership model. So instead of everyone going out and buying their own EV, they can borrow one as-needed instead.

With Facedrive's acquisition of Steer, customers pay a simple monthly fee like with Netflix, and they get access to a fleet of EVs at their disposal.

Over the last year, big moves like this have helped Facedrive sign a number of important partnerships and deals including government agencies, A-list celebrities, and major multinational corporations. And they've even managed to grow their business throughout the United States and Canada during a time when ridesharing as an industry suffered during global lockdowns.

While Toyota's president made a dark prediction about where we could be headed, he's not alone in being concerned. Elon Musk expressed his own concerns about the issue recently as well.

In an interview in December, he said that the world's electricity consumption would likely double once EVs become the norm. And that's only accounting for this mass adoption in electric vehicles.

The situation could become even more pressing as the rest of our lives grow increasingly digital too, sucking up more electricity in the process. With the "internet of things" creating smart cities and smart homes, the demand for electricity will only go up as everything from Peloton bikes to Nest thermostats are now connected by the internet.

With thousands of cars on the roads during morning and evening commutes, it's not hard to imagine times where we simply wouldn't have enough power to charge all EVs that need it at once. Given the speed of innovation and the amount of resources going into renewable energy right now though, this is sure to be a short-term issue until the next great solution is discovered.

But in the meantime, Facedrive's moves are putting them squarely in position to smooth out the transition. And in addition to the monthly membership model used with Steer, they're helping keep the number of cars on the road down through their signature ridesharing service.

Their model is simple. When customers hail a ride, they have the choice to ride in an electric vehicle or a standard gas-powered car. After they get to their destination, the Facedrive algorithm sets aside a portion of the fare to plant trees, offsetting the carbon footprint from the ride. In other words, customers ride, they plant a tree.

Through next-gen technology and partnerships, they're giving their customers the option to make a more eco-friendly choice if they choose. Plus, Facedrive has added a booming food delivery service, which has expanded at a record pace while folks were stuck at home during global lockdowns.

They're now delivering over 4,100 orders per day on average. And after growing to 19 major cities, they plan to expand to more cities throughout the U.S. and Canada soon. It's this kind of innovative thinking that has many so optimistic about the opportunities that lie ahead.

Who Will Win In The EV Boom?

Elon Musk warned that, like with the boom in smartphones, we're not likely to see the EV revolution all happen at once. Because just like with smartphones, you can't replace them all at once. But it's undeniable that the movement is growing at a remarkable pace.

Even under an administration that was not supportive of climate change and green initiatives, the EV markets have soared throughout 2020.

Tesla was one of the biggest market stories of the year, locking in over 700% gains on its way to becoming one of the largest companies on the S&P 500. And experts are expecting to see massive spending on the infrastructure needed for EVs under the Biden administration too.

In addition to his vow to spend more on clean energy research, President Biden also reported plans to build out 550,000 EV charging stations across the country. With the growth we've seen in this area already, it's also caused shares for companies like Plug Power to soar over 1,000% in 2020. And Facedrive has been sharing in this success too, with incredible gains of 834% over the last year.

Facedrive hasn't been the only company riding the EV wave, however.  Tesla (TSLA) was among the biggest market stories of 2020 with incredible gains of over 700%. This helped them become one of the highest-valued stocks in the United States with other Big Tech giants. It is now the most valuable car maker "of all time". It is now worth almost $800 billion.

After a much-touted Battery Day event and expectations of Musk developing a "Million Mile Battery" in the near future, Tesla recently joined the S&P 500.

Billionaire Elon Musk had his eye on this trend far before the hype started building. He released the first Tesla Roadster back in 2008, making electric vehicles cool when people were still snubbing their noses at the first-generation EVs. Since then, Tesla's stock has skyrocketed by over 14,000%. But while Tesla's EV threat to the industry is clear, the competition is heating up in China.

Nio (NIO) is Tesla's biggest competitor, dominating the Chinese EV markets. After going public in 2018, it's been on a tear, producing vehicles with record-breaking range. They recently unveiled their first electric sedan with a longer range battery, which sent shares surging in early January.

Nio's current performance is a far cry from just one year ago In fact, many shareholders were ready to write off their losses and give up on the company. But China's answer to Tesla's dominance powered on, eclipsed estimates, and most importantly, kept its balance sheet in line. And it's paid off. In a big way. The company has seen its share price soar from $3.24 at the start of 2020 to a high of $61 this month, representing a massive 1600% returns for investors who held strong.

By NIO's fourth quarter report in October, the company announced that its sales had more-than doubled, projecting even greater sales in 2021. The EV up-and-comer has shocked investors and pulled itself back after its rumored potential bankruptcy in 2019, and if this year shows investors anything, it's that its CEO William Li is as skilled and ambitious as anyone in the business.

Toyota Motors (TM) is a massive international car producer who hasn't ignored the transition to greener transportation. In fact, the Toyota Prius was one of the first hybrids to hit the road in a big way. While the legacy hybrid vehicle has been the butt of many jokes throughout the years, the car has been a major success, and more importantly, it helped spur the adoption of greener vehicles for years to come.

And just because its Prius hasn't exactly aged as well as some green competitors, Toyota hasn't left the green power race yet. Just a few days ago, actually, the giant automaker announced that three new electric vehicles will be coming to United States markets soon.

Toyota has a major hold over U.S. markets at the moment. In fact, it maintains a 75% share of total fuel cell vehicles and a 64% share in hybrid and plug-in vehicles. And now it's looking to capture a greater share of electric vehicles, as well.

General Motors (GM) is one of the legacy automakers benefiting from a shift from gas-powered to EV technology. Even with the downfall of Detroit, GM has persisted, and that's due in large part to its ability to adapt. In fact, GM's dive into alternative fuels began way back in 1966 when it produced the world's first ever hydrogen powered van. And it has not stopped innovating, either.

With the news of GM's new business unit, BrightDrop, they plan to sell electric vans and services to commercial delivery companies, disrupting the market for delivery logistics. This is a huge move as delivery sales have absolutely exploded during the COVID-19 pandemic, and are projected to grow even further over the coming years.

And in January 2021, the giant automaker announced that it will discontinue production of all gas-powered vehicles, including hybrids, by 2035. This is a key factor in its commitment to become carbon-net zero by 2040.  The move will likely sit well with shareholders which are increasingly pushing for companies to clean up their act.

Blink Charging (BLNK) is building an EV charging network that may be small right now, but it's got explosive growth potential that is as big as the EV market itself. This stock is on a major tear and all that cash flowing into it right now gives Blink the superpower to acquire and expand.

A wave of new deals, including a collaboration with EnerSys and another with Envoy Technologies to deploy electric vehicles and charging stations adds further support to the bullish case for Blink.

Michael D. Farkas, Founder, CEO and Executive Chairman of Blink noted, "This is an exciting collaboration with EnerSys because it combines the industry-leading technologies of our two companies to provide user-friendly, high powered, next-generation charging alternatives. We are continuously innovating our product offerings to provide more efficient and convenient charging options to the growing community of EV drivers."