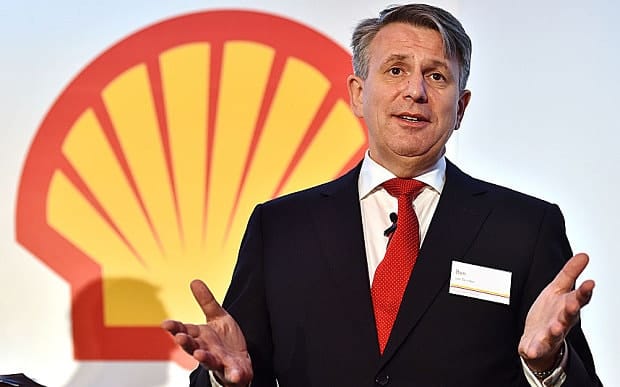 LONDON - Royal Dutch Shell’s decision to sell electricity direct to industrial customers is an intelligent and creative one. The shift is strategic and demonstrates that oil and gas majors are capable of adapting to a new world as the transition to a lower carbon economy develops. For those already in the business of providing electricity it represents a dangerous competitive threat. For the other oil majors it poses a direct challenge on whether they are really thinking about the future sufficiently strategically.

The move starts small with a business in the UK that will start trading early next year. Shell will supply the business operations as a first step and it will then expand. But Britain is not the limit — Shell recently announced its intention of making similar sales in the US. Historically, oil and gas companies have considered a move into electricity as a step too far, with the sector seen as oversupplied and highly politicised because of sensitivity to consumer price rises. I went through three reviews during my time in the industry, each of which concluded that the electricity business was best left to someone else. What has changed? I think there are three strands of logic behind the strategy.

First, the state of the energy market. The price of gas in particular has fallen across the world over the last three years to the point where the International Energy Agency describes the current situation as a “glut”. Meanwhile, Shell has been developing an extensive range of gas assets, with more to come. In what has become a buyer’s market it is logical to get closer to the customer — establishing long-term deals that can soak up the supply. Given its reach, Shell could sign contracts to supply all the power needed by the UK’s National Health Service or with the public sector as a whole as well as big industrial users. It could agree long-term contracts with big businesses across the US.

To the buyers, Shell offers a high level of security from multiple sources with prices presumably set at a discount to the market. The mutual advantage is strong. Second, there is the transition to a lower carbon world. No one knows how fast this will move, but one thing is certain: electricity will be at the heart of the shift with power demand increasing in transportation, industry and the services sector as oil and coal are displaced. Shell, with its wide portfolio, can match inputs to the circumstances and policies of each location. It can match its global supplies of gas to growing Asian markets while developing a renewables-based electricity supply chain in Europe. The new company can buy supplies from other parts of the group or from outside. It has already agreed to buy all the power produced from the first Dutch offshore wind farm at Egmond aan Zee.

The move gives Shell the opportunity to enter the supply chain at any point — it does not have to own power stations any more than it now owns drilling rigs or helicopters. The third key factor is that the electricity market is not homogenous. The business of supplying power can be segmented. The retail market — supplying millions of households — may be under constant scrutiny with suppliers vilified by the press and governments forced to threaten price caps but supplying power to industrial users is more stable and predictable, and done largely out of the public eye. The main industrial and commercial users are major companies well able to negotiate long-term deals.

Given its scale and reputation, Shell is likely to be a supplier of choice for industrial and commercial consumers and potentially capable of shaping prices. This is where the prospect of a powerful new competitor becomes another threat to utilities and retailers whose business models are already under pressure. In the European market in particular, public policies that give preference to renewables have undermined other sources of supply — especially those produced from gas. Once-powerful companies such as RWE and EON have lost much of their value as a result. In the UK, France and elsewhere, public and political hostility to price increases have made retail supply a risky and low-margin business at best. If the industrial market for electricity is now eaten away, the future for the existing utilities is desperate.

Shell’s move should raise a flag of concern for investors in the other oil and gas majors. The company is positioning itself for change. It is sending signals that it is now viable even if oil and gas prices do not increase and that it is not resisting the energy transition. Chief executive Ben van Beurden said last week that he was looking forward to his next car being electric. This ease with the future is rather rare. Shareholders should be asking the other players in the old oil and gas sector to spell out their strategies for the transition.