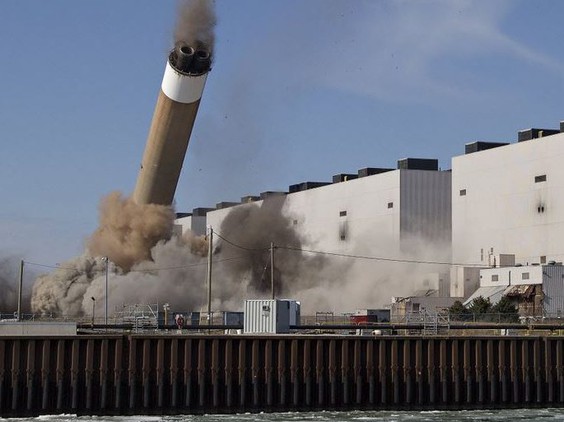 TORONTO - Replacing coal-fired electricity with renewable energy will cost Canadian taxpayers and hydro ratepayers up to $33.7 billion annually, with only minor reductions in global greenhouse gas emissions linked to climate change, according to a new study by the Fraser Institute.

The study says emission cuts would be relatively small because coal accounted for only 9.2% of Canada’s electricity generation in 2017. (According to Natural Resources Canada, that number is lower today at 7.4%).

In 2019, the last year for which federal data are available, Canada’s electricity sector generated 8.4% of emissions nationally — 61.1 million tonnes out of 730 million tonnes.

“Despite what advocates, claim, renewable power — including wind and solar — isn’t free and comes with only modest benefits to the environment,” van Kooten said.

“Policy makers should be realistic about the costs of reducing greenhouse gas emissions in Canada, which accounts for less than 2% of emissions worldwide.”

The report says the increased costs of operating the electricity grid across Canada — between $16.8 billion and $33.7 billion annually or 1% to 2% of Canada’s annual GDP — would result from having to retain natural gas as a backup to intermittent wind and solar power, which cannot provide baseload power to the electricity grid on demand.

Van Kooten said his cost estimates are conservative because his study “could not account for scenarios where the scale of intermittency turned out worse than indicated in our dataset … the costs associated with the value of land in other alternative uses, the need for added transmission lines, environmental and human health costs and the life-cycle costs of using intermittent renewable sources of energy, including costs related to the disposal of hazardous wastes from solar panels and wind turbines.”

If nuclear power was used to replace coal-fired electricity, the study says, costs would drop by half — $8.3 billion to $16.7 billion annually — but that’s unrealistic because of the time it takes to build nuclear plants and public opposition to them.

The study says to achieve the federal government’s target of reducing emissions to 40% to 45% below 2005 levels by 2030 and net-zero emissions by 2050, would require building 30 nuclear power plants before 2030 — meaning one plant of 1,000-megawatt capacity coming online every four months between now and 2030.

Alternatively, it would take 28,340 wind turbines, each with 2.5-megawatts capacity, or 1,050 turbines being built every four months, plus the costs of upgrading transmission infrastructure.

According to Natural Resources Canada, Nova Scotia generates 49.9% of its electricity from coal, Saskatchewan 42.9%, and New Brunswick 17.2%.

In 2018, the Trudeau government announced plans to phase-out traditional coal-fired electricity by 2030.

Canada and the U.K. created the “Powering Past Coal Alliance” in 2017, aimed at getting other countries to phase out the use of coal to generate electricity.