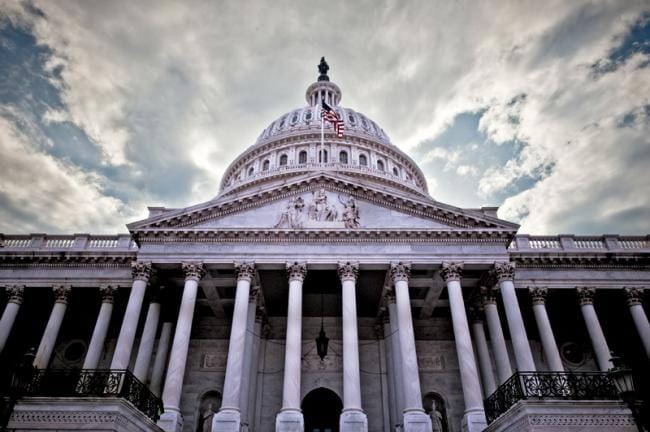 After reviewing two competing exit fee proposals, all five commissioners voted Thursday in favor of an adjustment that many CCA advocates predicted could hamper the growth of the community choice movement.

But minutes after the vote was announced, one of the leading voices in favor of the city San Diego establishing its own CCA said the decision was good news because it provides some regulatory certainty.

"For us in San Diego, it's a green light to move forward with community choice," said Nicole Capretz, executive director of the Climate Action Campaign. "For us, it's let's go, let's launch and let's give families a choice. We no longer have to wait."

Under the CCA model, utilities still maintain transmission and distribution lines (poles and wires, etc.) and handle customer billing. But officials in a given local government entity make the final decisions about what kind of power sources are purchased.

Once a CCA is formed, its customers must pay an exit fee -- called a Power Charge Indifference Adjustment -- to the legacy utility serving that particular region. The fee is included in customers' monthly bills.

The fee is required to offset the costs of the investments utilities made over the years for things like natural gas power plants, renewable energy facilities and other infrastructure.

Utilities argue if the exit fee is set too low, it does not fairly compensate them for their investments; if it's too high, CCAs complain it reduces the financial incentive for their potential customers.

The Public Utilities Commission chose to adopt a proposal that some said was more favorable to utilities, leading to complaints from CCA boosters.

"We see this will really throw sand in the gears in our ability to do things that can move us toward (climate change) goals," Jim Parks, staff member of Valley Clean Energy, a CCA based in Davis, said before the vote.

Commissioner Carla Peterman, who authored the proposal that passed, said she supports CCAs but stressed the commission has a "legal obligation" to make sure increased costs are not shouldered by "customers who do not, or cannot, join a CCA. Today's proposal ensures a more level playing field between customers."

As for what the vote means for the exit fee in San Diego, Peterman's office earlier in the week estimated the charge would rise from 2.5 cents a kilowatt-hour to about 4.25 cents.

The Clear the Air Coaltion, a San Diego County group critical of CCAs, said the newly established exit fee -- which goes into effect starting next year -- is "a step in the direction."

But the group, which includes the San Diego Regional Chamber of Commerce, the San Diego County Taxpayers Association and lobbyists for Sempra Energy (the parent company of SDG&E), repeated concerns it has brought up before.

"If the city of San Diego decides to get into the energy business this decision means ratepayers in National City, Chula Vista, Carlsbad, Imperial Beach, La Mesa, El Cajon and all other neighboring communities would see higher energy bills, and San Diego taxpayers would be faced with mounting debt," coalition spokesman Tony Manolatos said in an email.

CCA supporters say community choice is critical in ensuring San Diego meets the pledge made by Mayor Kevin Faulconer to adopt the city's Climate Action Plan, mandating 100 percent of the city's electricity needs must come from renewable sources by 2035.

Now attention turns to Faulconer, who promised to make a decision on bringing a CCA proposal to the San Diego City Council only after the utilities commission made its decision.

A Faulconer spokesman said Thursday afternoon that the vote "provides the clarity we've been waiting for to move forward" but did not offer a specific time table.

"We're on schedule to reach Mayor Faulconer's goal of choosing a pathway that achieves our renewable energy goals while also protecting ratepayers, and the mayor looks forward to making his recommendation in the next few weeks," said Craig Gustafson, a Faulconer spokesman, in an email.

A feasibility study released last year predicted a CCA in San Diego has the potential to deliver cheaper rates over time than SDG&E's current service, while providing as much as 50 percent renewable energy by 2023 and 80 percent by 2027.

"The city has already figured out we are still capable of launching a program, having competitive, affordable rates and finally offering families a choice as to who their energy provider is," said Capretz, who helped draft an initial blueprint of the climate plan as a city staffer.

SDG&E has come to the city with a counterproposal that offers 100 percent renewables by 2035.

Thus far, the utility has produced a rough outline for a "tariff" program that would charge ratepayers the cost of delivering more clean sources of energy over time.

Some council members have expressed frustration more specifics have not been sketched out.

SDG&E officials said they will take the new exit fee into account as they go forward with their counterproposal to the city council.

Speaking in general about the utility commission's decision, SDG&E spokeswoman Helen Gao called it "a victory for our customers, as it minimizes the cost shifts that they have been burdened with under the existing fee formula.

"As commissioners noted in rendering their decision, reforming the (exit fee) addresses a customer-to-customer equity issue and has nothing to do with increasing profits for investor-owned utilities," Gao said in an email.