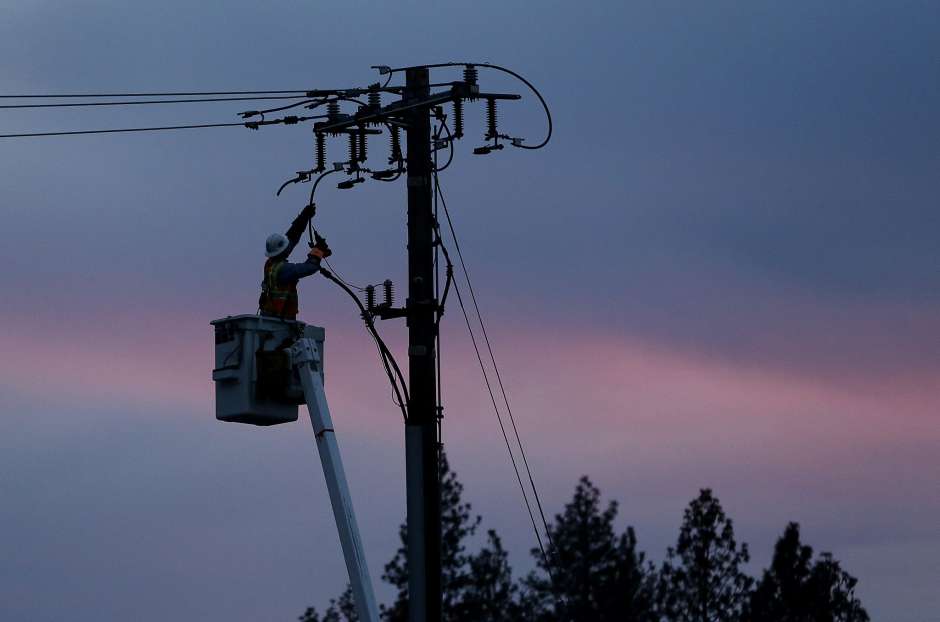 SAN FRANCISCO - Pacific Gas and Electric Co. field crews have begun restoring power to approximately 20,500 customers in Butte and Yuba counties after the utility shut off electricity because of gusty winds and dry weather conditions.

More than half of the affected customers had electricity again as of 1:47 p.m. Sunday, according to PG&E, and by 4 p.m. all of Yuba County power had been restored.

The utility also cut electricity for about 1,600 customers in parts of Napa, Solano and Yolo counties, primarily in the Lake Berryessa area. Power to those areas was switched off at 6:15 a.m. Saturday but was restored by the evening.

Technicians checked lines for damage or fire hazards, like vegetation that could interfere with live wires, Pasion said.

PG&E “patrolled approximately 800 miles of overhead power lines,” the company said in a statement. “Crews found instances of damage to de-energized equipment caused by the extreme weather event and are making necessary repairs.”

While the shut-offs inconvenienced businesses and homeowners, some called 911 with emergencies and confusion.

A half hour into the shut-off Saturday night, Butte County sheriff’s dispatchers received a call from a person requesting a welfare check on an individual whose care required electricity, according to department call logs. Two calls overnight from the Magalia area requested medical assistance because residents had oxygen concerns for medically sensitive spouses.

One woman requested an ambulance because her “husband was running out of oxygen,” according to the logs.

Around 4:11 a.m. Sunday, a resident of Hidden Valley Mobile Home Park in Oroville called about a tree falling into a trailer, causing a power line to fall, but noted that the electricity was off.

And there were multiple calls asking for information about the shut-off, including one caller around midnight who was “demanding PG&E turn his power back on.”

The calls led the Butte County Sheriff’s Office to tweet a reminder Sunday afternoon that 911 is reserved for emergencies and requests for information about the power shutdown should be done through PG&E.

The utility opened a community resource center at Harrison Stadium in Oroville (Butte County) on Sunday morning to provide restrooms, bottled water, power outlets and air conditioning to residents. About 40 people showed up at the center in the first few hours, officials said.

Power was being restored to parts of Oroville as of 11 a.m. Sunday.

PG&E officials said it could take up to 48 hours for power to be restored in some areas.