Electric-ready ferry for Kootenay Lake to begin operations in 2023 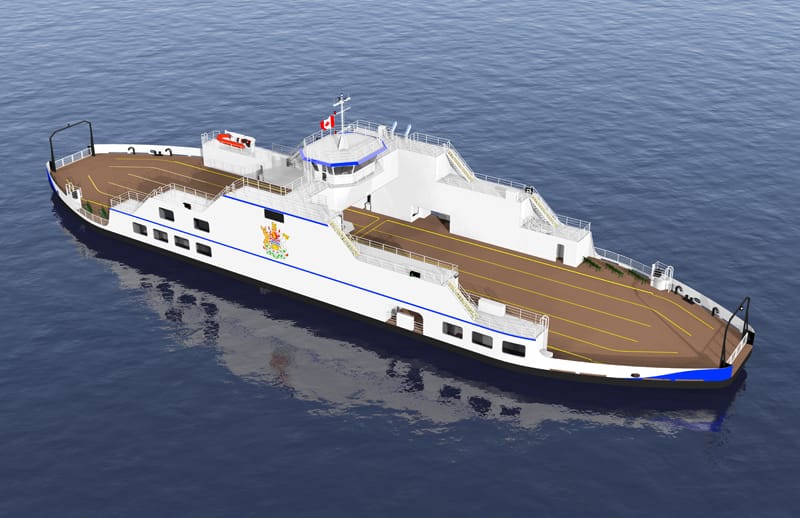 NELSON, BC - An electric-ready ferry for Kootenay Lake is scheduled to begin operations in 2023, the province announced in a Sept. 3 press release.

Construction of the $62.9-million project will begin later this year, which will be carried out by Western Pacific Marine Ltd.

“With construction beginning here in Canada on the new electric-ready ferry for Kootenay Lake, we are building toward a greener future with made-in-Canada clean technology,” said Catherine McKenna, the federal minister of infrastructure and communities.

The new ferry — which is designed to provide passengers with a cleaner and more accessible vessel — will replace and more than double the capacity of the MV Balfour, which will be retired from service.

“This is an exciting milestone for a project that will significantly benefit the entire region,” said Michelle Mungall, MLA for Nelson-Creston. “The new, cleaner ferry will move more people more efficiently, improving community connections and local economies.”

Up to 55 vehicles can be accommodated on the new ship, and will run in tandem with the larger MV Osprey 2000 to help reduce wait times during the summer months.

“The vessel will be fully converted to electric propulsion by 2030, once shore power is installed and reliability of the technology advances for use on a daily basis,” said the province.

They noted that they are working to electrify their inland ferry fleet by 2040, as part of their CleanBC initiative.

“The new vessel will be configured as a hybrid diesel-electric with all the systems, equipment and components for electric propulsion,” they said.

Other planned projects include upgrades to the Balfour and Kootenay Bay terminals, and minor dredging has been completed in the West Arm.