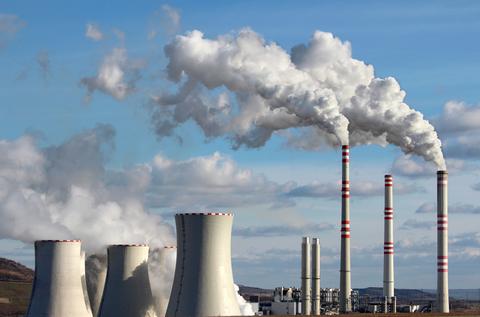 HARLAN, KY - Following the high-profile bankruptcy of a coal company that left hundreds of Kentucky miners with bad checks last month, Sen. Johnny Ray Turner (D-Prestonsburg) said he will pre-file a bill Thursday aimed at closing a loophole that allowed the company to operate in violation of state law.

The bill would also compel state agencies to determine whether other companies are currently in violation of the law, and could revoke mining permits if the companies don't comply.

Turner's bill would amend an already-existing law that requires coal and construction companies that have been operating in Kentucky for less than five years to post a performance bond to protect wages if the companies cease their operations.

Blackjewel LLC., which employed hundreds of miners in Eastern Kentucky, failed to post that bond. When it shut its mines down and filed for bankruptcy last month, it left hundreds of miners without payment for 3 weeks and one day of work.

The bond issue has sparked criticism from various state officials, including Attorney General Andy Beshear, who said Tuesday that he would investigate whether other companies are currently in violation.

Blackjewel issued cold checks to its employees June 28, and when the checks bounced days later, many employees were left with bank accounts overdrawn by more than $1,000. The bankruptcy left many miners and their families with concerns over upcoming bill and mortgage payments, and fostered a ongoing protest that blocked a train hauling coal from one of the company's Harlan County mines.

Blackjewel had been operating in Kentucky for about two years before it filed for bankruptcy, so it should have paid the performance bond, according to state law.

David A. Dickerson, the Kentucky Labor Cabinet Secretary, said the law as it's currently written does not set up any mechanism that notifies the cabinet when a company opens in Kentucky that is supposed to pay the bond.

That allowed Blackjewel to operate for two years without any protection for workers before it closed its mines. Had the company posted the bond according to state law, miners likely would have been paid for the work they had already completed, officials said.

The law requires companies to set aside enough money to cover payroll for four weeks.

Turner's bill would compel the state Energy and Environment Cabinet to notify the Labor Cabinet's Department of Workplace Standards of any application for a mining permit from a company that has been doing business in Kentucky for less than five years.

It also compels the EEC to notify the Labor Cabinet of any companies that already have permits that are subject to the bond.

"It should have already been that way, but I'm happy so our children don't have to go through this," said Jeff Willig, a former Blackjewel miner who helped launch the protest at the railroad.

Willig said he and other miners will continue to block the tracks until they receive payment for their past work.

Any company currently operating in violation of the law would have 90 days to become compliant before its mining permits are revoked. New companies that are applying for permits will be required post the bond before permits are issued.

"Hopefully it will take care of the loopholes that had been exploited by Blackjewel," Turner said.

The bill will be taken up by the legislature when it returns to session in January. It would also cover attorneys' fees if workers are forced to sue their employer to cover wages.

Turner said he has reached out to Republican leadership in the Senate, and expects the bill to have bipartisan support come January.

Turner announced the legislation at a press conference in Harlan, the county with the highest population of Blackjewel employees affected by the bankruptcy.

Hatton said the bankruptcy has had serious economic impact throughout Eastern Kentucky, including in Letcher County, which is home to more than 130 former Blackjewel workers.

"This is something that has done a lot of damage to Eastern Kentucky," Hatton said.

Hatton plans to file the same bill in the state House of Representatives.

Fugate commended community members in Harlan County and elsewhere who have banded together in support of the miners by donating children's clothing, school supplies, food and other goods.

Mosley called the bankruptcy "totally unprecedented" and said the current performance bond law, which has been on-the-books since 1986, lacked the enforcement necessary to protect miners in bankruptcies like Blackjewel's.

"There was a law, there wasn't good enough process," Mosley said.

Blackjewel received court approval to sell many of its mines last month, including many in Kentucky, to Kopper Glo Mining, LLC.

As part of the sale agreement, Kopper Glo said it would pay $450,000 to cover the past wages of Blackjewel miners, and collect a per ton fee accumulating up to $550,000 that it will also contribute to pay back wages.

That total $1 million is less than half of all back wages owed to Blackjewel miners, but attorneys who filed a class action suit against the company said miners have a priority lien on the purchase price. That could allow former Blackjewel employees to make good on their back wages as bankruptcy proceedings continue.

Mosley said he spoke with a Kopper Glo official Thursday, who said the company is working to re-open the mines as quickly as possible. The official did not give an exact timeline.