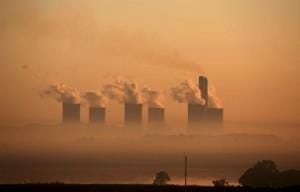 TEL AVIV - Israel's Energy and Water and Environmental Protection Ministers have ordered an immediate 30% reduction in coal use for electricity production by state utility Israel Electric Corporation as the country increases its dependence on domestic natural gas.

IEC, which operates four coal power plants with a total capacity of 4,850 MW and imports thermal coal from Australia, Colombia, Russia and South Africa, has been planning, as part of the decision to reduce coal use, to shut one of its coal plants during autumn 2018, when demand is lowest.

Israel has already decided to shut the four units of the oldest coal power plant at Hadera by 2022, and replace the capacity with gas plants.

"By 2030 Israel will completely stop the use of coal and gasoil in electricity production," minister Yuval Steinmetz said.

Coal consumption peaked in 2012 at 14 million mt and has declined steadily with the coming on line of Israel's huge Tamar offshore gas field in 2013.

In 2015 coal accounted for more than 50% of electricity production. Coal's share would decline to less than 30% under the latest decision.

Israel's coal consumption in 2016 totaled 8.7 million mt and was due to decline to 8 million mt last year.

Three years ago, the ministers ordered a 15% reduction in coal use and the following year a further 5% cut was added.