Iceland Cryptocurrency mining uses so much energy, electricity may run out 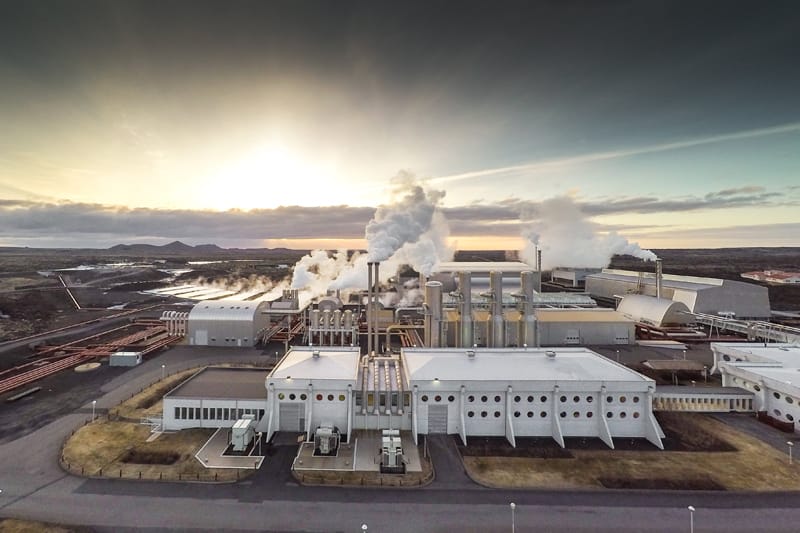 ICELAND - The value of bitcoin may have stumbled in recent months, but in Iceland it has known only one direction so far: upward. The stunning success of cryptocurrencies around the globe has had a more unexpected repercussion on the island of 340,000 people: It could soon result in an energy shortage in the middle of the Atlantic Ocean.

As Iceland has become one of the world's prime locations for energy-hungry cryptocurrency servers — something analysts describe as a 21st-century gold-rush equivalent — the industry’s electricity demands have skyrocketed, too. For the first time, they now exceed Icelanders’ own private energy consumption, and energy producers fear that they won’t be able to keep up with rising demand if Iceland continues to attract new companies bidding on the success of cryptocurrencies.

Companies have flooded Iceland with requests to open new data centers to “mine” cryptocurrencies in recent months, even as concerns mount that the country may have to slow down investments amid an increasingly stretched electricity generation capacity.

“There was a lot of talk about data centers in Iceland about five years ago, but it was a slow start,” Johann Snorri Sigurbergsson, a spokesman for Icelandic energy producer HS Orka, told The Washington Post. “But six months ago, interest suddenly began to spike. And over the last three months, we have received about one call per day from foreign companies interested in setting up projects here.”

“If all these projects are realized, we won’t have enough energy for it,” Sigurbergsson said.

Every cryptocurrency in the world relies on a “blockchain” platform, which is needed to trade with digital currencies. Tracking and verifying a transaction on such a platform is like solving a puzzle because networks are often decentralized, and there is no single authority in charge of monitoring payments. As a result, a transaction involves an immense number of mathematical calculations, which in turn occupy vast computer server capacity. And that requires a lot of electricity.

The bitcoin rush may have come as a surprise to locals in sleepy Icelandic towns that are suddenly bustling with cryptocurrency technicians, but there’s a simple explanation. “The economics of bitcoin mining mean that most miners need access to reliable and very cheap power on the order of 2 or 3 cents per kilowatt hour. As a result, a lot are located near sources of hydro power, where it’s cheap,” Sam Hartnett, an associate at the nonprofit energy research and consulting group Rocky Mountain Institute, told the Washington Post.

Top financial regulators briefed a Senate panel on Feb. 6 about their work with cryptocurrencies like Bitcoin, and the risks to potential investors. (Reuters)

Located in the middle of the Atlantic Ocean and famous for its hot springs and mighty rivers, Iceland produces about 80 percent of its energy in hydroelectric power stations, compared with about 6 percent in the United States. That and the cold climate make it a perfect location for new data-mining centers filled with servers in danger of overheating.

Those conditions have attracted scores of foreign companies to the remote location, including Germany's Genesis Mining, which moved to Iceland about three years ago. More have followed suit since then or are in the process of moving.

While some analysts are already sensing a possible new revenue source for the country that is so far mostly known abroad as a tourist haven and low-budget airline hub, others are more concerned by a phenomenon that has so far mostly alarmed analysts because of its possible financial unsustainability. Some predictions have concluded that cryptocurrency computer operations may account for “all of the world’s energy by 2020” or may already account for the equivalent of Denmark's energy needs. Those predictions are probably too alarmist, though.

Most analysts agree that the real energy-consumption figure is likely smaller, and several experts recently told the Washington Post that bitcoin — currently the world's biggest cryptocurrency — used no more than 0.14 percent of the world’s generated electricity, as of last December. Even though global consumption may not be as significant as some have claimed, it still presents a worrisome drain for a tiny country such as Iceland, where consumption suddenly began to spike with almost no warning — and continues to grow fast.

Some networks are considering or have already pushed through changes to their protocols, designed to reduce energy use. But implementing such changes for the leading currency, bitcoin, won't be as easy because it is inherently decentralized. The companies that provide the vast amounts of computing power needed for these transactions earn a small share, comparable to a processing fee or a reward.

They are the source of the Icelandic bitcoin miners’ income — a revenue source that many Icelanders are still not quite sure what to make of, especially if the lights start flickering.