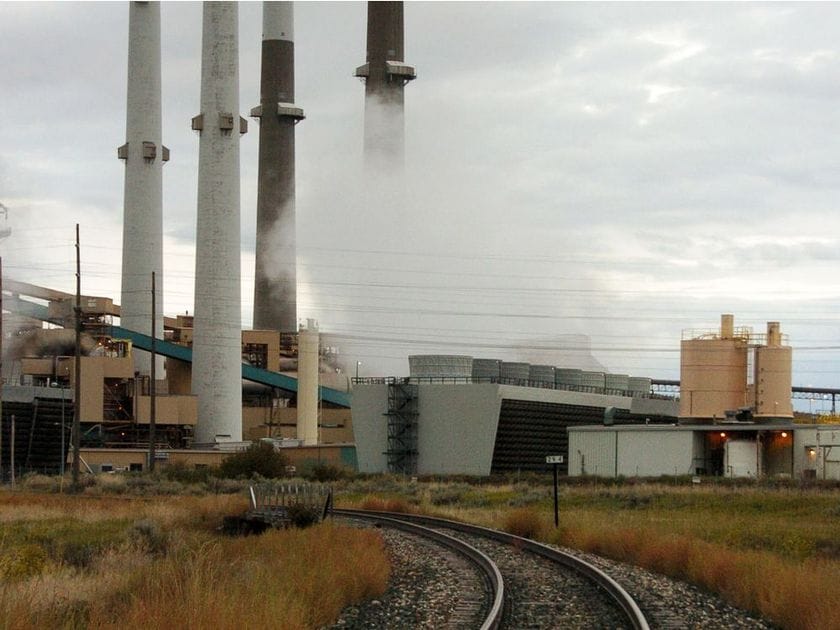 The Washington power company Hydro One is buying will be ready to close its huge coal-fired generating station ahead of schedule, thanks to conditions put on the corporate merger by state regulators there.

Not that we actually plan to do that, the company is telling other regulators in Montana, where the huge coal-fired generating station in question employs hundreds of people. We’ll be in the coal business for a good long time yet.

Hydro One, in which the Ontario government now owns a big minority stake, is still working on its purchase of Avista, a private power utility based in Spokane. The $6.7-billion deal, which Hydro One announced in July, includes a 15 per cent share in two of the four generating units in a coal plant in Colstrip, Montana, one of the biggest in the western United States. Avista gets most of its electricity from hydro dams and gas but uses the Colstrip plant when demand for power is high and water levels at its dams are low.

Colstrip’s a town of fewer than 2,500 people whose industries are the power plant and the open-pit mines that feed it about 10 million tonnes of coal a year. Two of Colstrip’s generators, older ones Avista doesn’t have any stake in, are closing in 2022. The other two will be all that keep the town in business.

In Washington, they don’t like the coal plant and its pollution. In Montana, the future of Colstrip is a much bigger concern. The companies have to satisfy regulators in both places that letting Hydro One buy Avista is in the public interest.

Ontario proudly closed the last of our coal plants in 2014 and outlawed new ones as environmental menaces. When Hydro One said it was buying Avista, which makes about $100 million in profit a year, Premier Kathleen Wynne said she hoped Ontario’s “value system” would spread to Avista’s operations.

The settlement is “an important step towards bringing together two historic companies,” Hydro One’s chief executive Mayo Schmidt said in announcing it.

The deal has approval from the Washington Utilities and Transportation Commission staff but is subject to a vote by the group’s three commissioners. It doesn’t commit Avista to closing anything at Colstrip or selling its share. But Avista and Hydro One will budget as if the Colstrip coal burners will close in 2027, instead of running into the 2040s as their owners had once planned.

In accounting terms, they’ll depreciate the value of their share of the plant to zero over the next nine years, reflecting what they say is the end of the plant’s “useful life.” Another of Colstrip’s owners, Puget Sound Energy, has previously agreed with Washington regulators that it’ll budget for a Colstrip closure in 2027 as well.

Avista and Hydro One will look for sources of 50 megawatts of renewable electricity in the next four years and another 90 megawatts to supplement Avista’s supply once the Colstrip plant eventually closes, they promise in Washington. They’ll put $3 million into a “community transition fund” for Colstrip.

The money will come from the companies’ profits and cash, the agreement says. “Hydro One will not seek cost recovery for such funds from ratepayers in Ontario,” it says specifically.

“Ontario has always been a global leader in the transition away from dirty coal power and towards clean energy,” said Doug Howell, an anti-coal campaigner with the Sierra Club, which is a party to the agreement. “This settlement continues that tradition, paving the way for the closure of the largest single source of climate pollution in the American West by 2027, if not earlier.”

Montanans aren’t as thrilled. That state has its own public services commission, doing its own examination of the corporate merger, which has asked Hydro One and Avista to explain in detail why they want to write off the value of the Colstrip burners early. The City of Colstrip has filed a petition saying it wants in on Montana hearings because “the potential closure of (Avista’s units) would be devastating to our community.”

Don’t get too worked up, an Avista vice-president urged the Montana commission just before Easter.

“Just because an asset is depreciated does not mean that one would otherwise remove that asset from service if the asset is still performing as intended,” Jason Thackston testified in a session that dealt only with what the deal with Washington state would mean to Colstrip. We’re talking strictly about an accounting manoeuvre, not an operational commitment.

Six joint owners will have to agree to close the Colstrip generators and there’s “no other tacit understanding or unstated agreement” to do that, he said.

Besides Washington and Montana, state regulators in Idaho, Alaska and Oregon and multiple federal authorities have to sign off on the deal before it can happen. Hydro One hopes it’ll be done in the second half of this year.