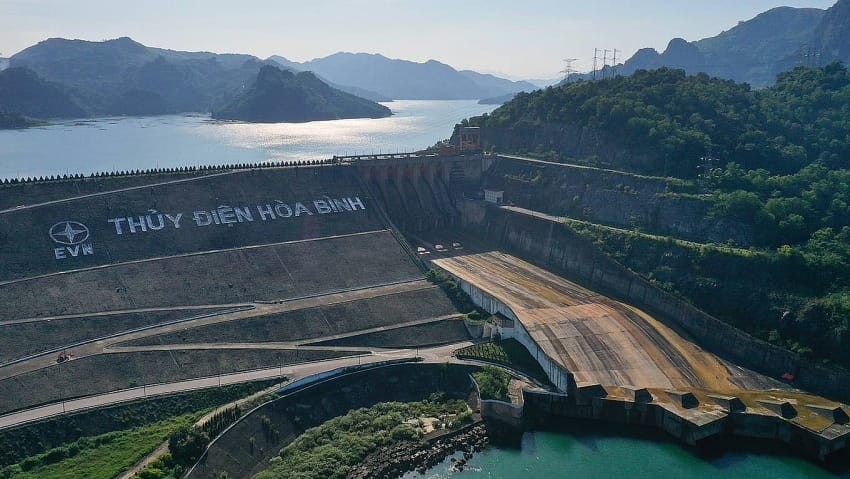 VIETNAM - The extended Hoa Binh Hydropower Plant, which is expected to break ground in October 2020, is considered the largest power project to be constructed this year.

Covering an area of 99.2 hectares, the project is invested by Electricity of Vietnam (EVN). Besides, Vietnam Electricity Power Projects Management Board No.1 (EVNPMB1) is the representative of the investor and Power Engineering Consulting JSC 1 (EVNPECC1) is in charge of building the feasibility report for the project. The expanded Hoa Binh Hydro Power Plant has a total investment of VND9.22 trillion ($400.87 million), 30 per cent of which is EVN’s equity and the remaining 70 per cent comes from commercial loans without a government guarantee.

According to the initial plan, EVN will begin the construction of the project in the second quarter of this year and is expected to take the first unit into operation in the third quarter of 2023 and the second one in the fourth quarter of the same year.

Chairman of the Committee for Management of State Capital at Enterprises (CMSC) Nguyen Hoang Anh said that in order to start the construction in time, CMSC will co-operate with EVN to work with partners as well as local and foreign banks to mobilise capital.

Once completed, the project will contribute to preventing floods in the rainy season and supply water in the dry season. The plant expansion will include two turbines with the total capacity of 480MW and electricity output of about 488.3 million kWh per year.

In addition, it will help improve frequency modulation capability and stabilise the frequency of the national electricity system and reduce the working intensity of available turbines of the plant, thus prolonging the life of the equipment and saving maintenance and repair costs.

Built in the Da River basin in the northern mountainous province of Hoa Binh, at the time of its conception in 1979, Hoa Binh was the largest hydropower plant in Southeast Asia.

The construction was supported by the Soviet Union all the way through, designing, supplying equipment, supervising, and helping it go on stream. Construction began in November 1979 and was completed 15 years later in December 1994.