Will Electric Vehicles Crash The Grid? 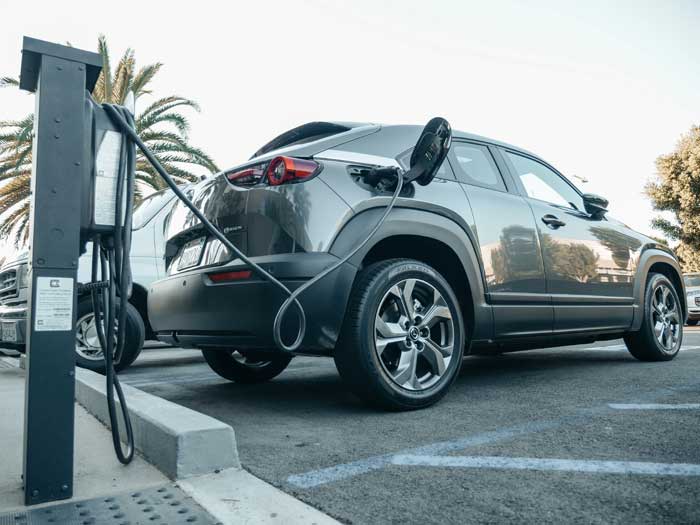 WASHINGTON - There's little doubt that the automobile industry is beginning the greatest transformation it has ever seen. The internal combustion engine, the heart of the automobile for over 100 years, is being phased out in favor of battery electric powered vehicles.

Industry experts know that it's no longer a question of will electric vehicles take over, the only question remaining is how quickly will it happen. If electric vehicle adoption accelerates faster than many have predicted, can the power grid handle the additional load needed to "fuel" tens of millions of EVs?

There's been a lot of debate on this subject, with, not surprisingly, those opposed to EVs predicting doomsday scenarios including power outages, increased electricity rates, and frequent calls from utilities asking customers to stop charging their cars.

There have also been articles written that indicate the grid will be able to handle the increased power demand needed to fuel a fully electric transportation fleet. Some even explain how electric vehicles will actually help grid stability, not cause problems.

So we decided to go directly to the source to get answers. We reached out to two industry professionals that aren't just armchair experts. These are two of the many people in the country tasked with the assignment of making sure we don't have problems as more and more electric vehicles are added to the national fleet.

"Let's be clear. No one is forcing anyone to stop charging their EV." - Eric Cahill, speaking about the recent request by a California utility to restrict unnecessary EV charging during peak demand hours when possible

Both Eric Cahill, who is the Strategic Business Planner for the Sacramento Municipal Utility District in California, and John Markowitz, the Senior Director and Head of eMobility for the New York Power Authority agreed to recorded interviews so we could ask them if the grid will be ready for millions of EVs.

Both Cahill and Markowitz explained that, while there will be challenges, they are confident that their respective districts will be ready for the additional power demand that electric vehicles will require. It's also important to note that the states that they work in, California and New York, have both banned the sale of combustion vehicles past 2035.

That's important because those states have the most aggressive timelines to transition to an all-electric fleet, so if they can provide enough power to handle the increased demand, other states should be able to also.

We spoke to both Cahill and Markowitz for about thirty minutes each, so the video is about an hour long. We've added chapters for those that want to skip around and watch select topics.

We asked both guests to explain what they believe some of the biggest challenges are, if 2035 is too aggressive of a timeline to ban combustion vehicles, and a number of other EV charging and grid-related questions.

Neither of our guests seemed to indicate that they were worried about the grid crashing, or that 2035 was too soon to ban combustion vehicles. In fact, they both indicated that, since they know this is coming, they have already begun the planning process to ensure the lights stay on and there are no major electricity disruptions caused by people charging their cars.

So check out the video and let us know your thoughts. This has been a hot topic of discussion for many years now. Now that we've heard from the people in charge of providing us the power to charge our EVs, can we finally put the concerns to rest now? As always, leave your comments below; we want to hear your opinions as well.