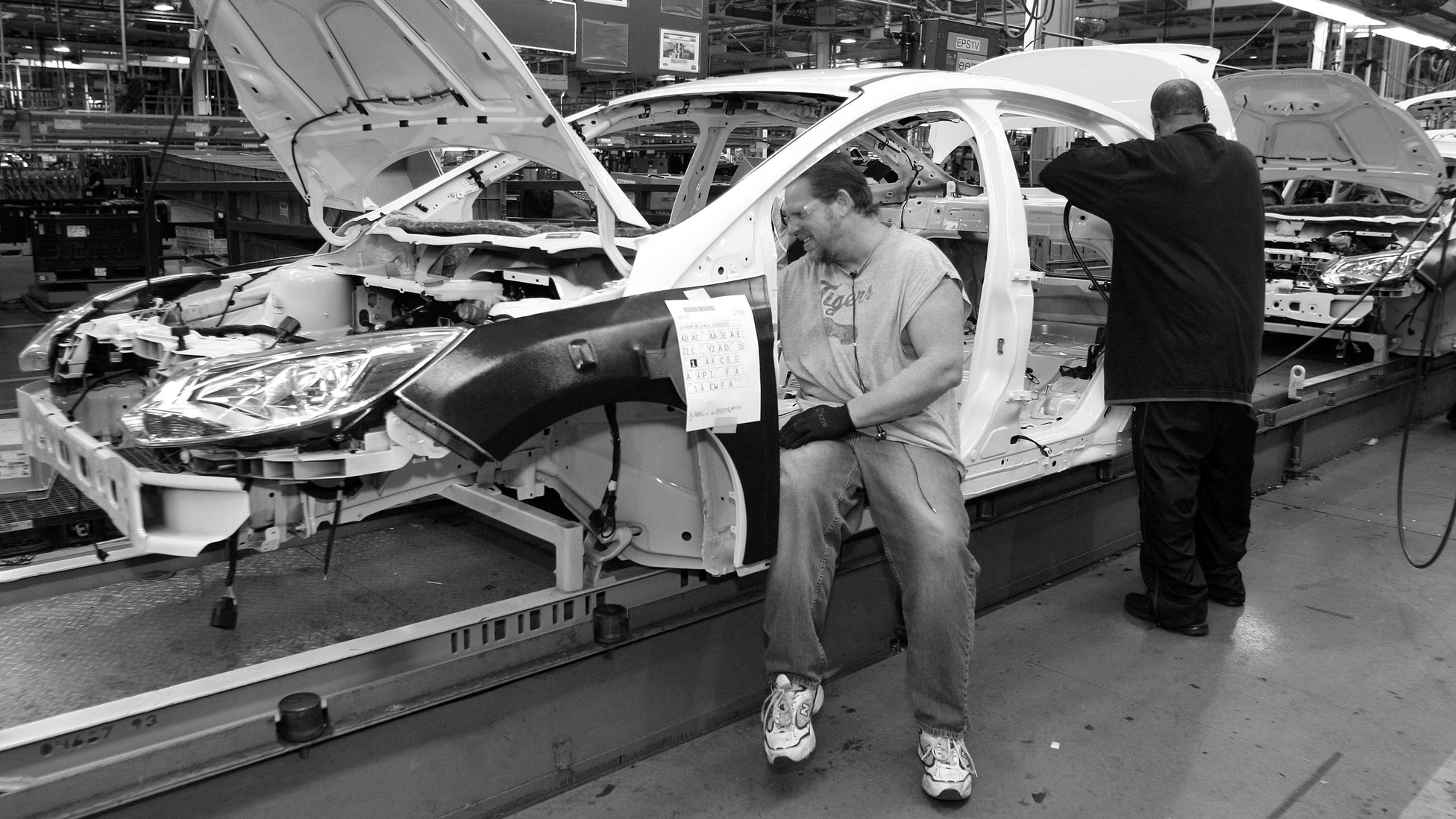 NEW YORK - One theme of this newsletter is that the world’s physical infrastructure will have to massively change if we want to decarbonize the economy by 2050, which the United Nations has said is necessary to avoid the worst effects of the climate crisis. This won’t be as simple as passing a carbon tax or a clean-electricity mandate: Wires will have to be strung; solar farms will have to be erected; industries will have to be remade. And although that kind of change can be orchestrated only by the government (hence the importance of the infrastructure bills in Congress), consumers and companies will ultimately do most of the work to make it happen.

Take electric cars, for instance. An electric car is an expensive, highly specialized piece of technology, but building one takes even more expensive, specialized technology—tools that tend to be custom-made, large and heavy, and spread across a factory or the world. And if you want those tools to produce a car in a few years, you have to start planning now.

That’s exactly what Ford is doing: Last night, the automaker and SK Innovation, a South Korean battery manufacturer, announced that they were spending $11.4 billion to build two new multi-factory centers in Tennessee and Kentucky that are scheduled to begin production in 2025. The facilities, which will hire a combined 11,000 employees, will manufacture lithium-ion vehicle batteries and assemble electric F-series pickup trucks. While Ford already has several factories in Kentucky, this will be its first plant in Tennessee in six decades. The 3,600-acre Tennessee facility, located an hour outside Memphis, will be Ford’s largest campus ever—and its first new American vehicle-assembly plant in decades.

The politics of this announcement are worth dwelling on. Ford and SK Innovation were lured to Tennessee with $500 million in incentives; Kentucky gave them $300 million and more than 1,500 acres of free land. Ford’s workers in Detroit have historically been unionized—and, indeed, a source of power in the national labor movement. But with these new factories, Ford is edging into a more anti-union environment: Both Tennessee and Kentucky are right-to-work states, meaning that local laws prevent unions from requiring that only unionized employees work in a certain facility. In an interview, Jim Farley, Ford’s CEO, played coy about whether either factory will be unionized. (Last week, the company announced that it was investing $250 million, a comparative pittance, to expand EV production at its unionized Michigan facilities.)

That news might depress those on the left who hope that old-school unions, such as the United Auto Workers, can enjoy the benefits of electrification. But you can see the outline of a potential political bargain here. Climate-concerned Democrats get to see EV production expand in the U.S., while climate-wary Republicans get to add jobs in their home states. (And unions get shafted.) Whether that bargain can successfully grow support for more federal climate policy, further accelerating the financial-political-technological feedback loop that I’ve dubbed “the green vortex,” remains to be seen.

Read: How the U.S. made progress on climate change without ever passing a bill

More important than the announcement is what it portends. In the past, environmentalists have complained that even when the law has required that automakers make climate-friendly cars, they haven’t treated them as a major product. It’s easy to tune out climate-friendly announcements as so much corporate greenwashing, but Ford’s two new factories represent real money: The automaker’s share of the investment exceeds its 2019 annual earnings. This investment is sufficiently large that Ford will treat EVs as a serious business line.

And if you look around globally, you’ll see that Ford isn’t alone. EVs are no longer the neglected stepchild of the global car industry. Here are some recent headlines:

Nine percent of new cars sold globally this year will be EVs or plug-in hybrids, according to S&P Global. That’s up from 3 percent two years ago, a staggering, iPhone-like rise.

GM, Ford, Volkswagen, Toyota, BMW, and the parent company of Fiat-Chrysler have all pledged that by 2030, at least 40 percent of their new cars worldwide will run on a non-gasoline source. A few years ago, the standard forecast was that half of new cars sold in the U.S. would be electric by 2050. That timeline has moved up significantly not only in America, but around the world. (In fact, counter to its high-tech self-image, America is the laggard in this global transition. The two largest markets for EVs worldwide are China and the European Union.)

More remarkably (and importantly), automakers are spending like they actually believe that goal: The auto industry as a whole will pump more than $500 billion into EV investment by 2030. Ford’s investment in these two plants represents less than a third of its planned total $30 billion investment in EV production by 2025, and that’s relatively small compared with its peers’. Volkswagen has announced more than $60 billion in investment. Honda has committed $46 billion.

Norway could phase out gas cars ahead of schedule. The country has one of the world’s most robust pro-EV policies, and it is still outperforming its own mandates. In the most recent accounting period, eight out of 10 cars had some sort of electric drivetrain. If the current trend holds, Norway would sell its last gas car in April of next year—and while I doubt the demise will be that steep, consumer preferences are running well ahead of its schedule to ban new gas-car sales by 2025.