The American EV boom is about to begin. Does the US have the power to charge it? 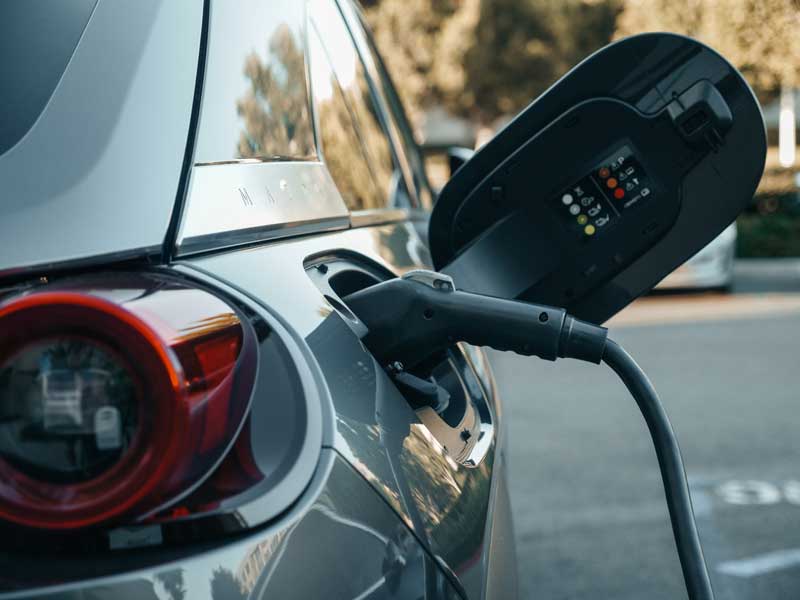 WASHINGTON - Speaking in front of a line of the latest electric vehicles (EVs) at this month’s North American International Auto Show, President Joe Biden declared: “The great American road trip is going to be fully electrified.”

Most vehicles on the road are still gas guzzlers, but Washington is betting big on change, hoping that major federal investment will help reach a target set by the White House for 50% of new cars to be electric by 2030. But there are roadblocks – specifically when it comes to charging them all. “Range anxiety,” or how far one can travel before needing to charge, is still cited as a major deterrent for potential EV buyers.

The auto industry recently passed the 5% mark of EV market share – a watershed moment, analysts say, before rapid growth. New policies at the state and local level could very well spur that growth: the Inflation Reduction Act, which passed this summer, offers tax credits of $4,000 to purchase a used EV and up to $7,500 for certain new ones. In August, California, the nation’s largest state and economy, announced rules that would ban all new gas-powered cars by 2035. New York plans to follow.

So now, the race is on to provide chargers to power all those new EVs.

The administration’s target of 500,000 public charging units by 2030 is a far cry from the current count of nearly 50,000, according to the Department of Energy’s estimate. And those new chargers will have to be fast – what’s known as Level 2 or 3 charging – and functional in order to create a truly reliable system. Today, many are not.

Last week, the White House approved plans for all 50 states, along with Washington DC, and Puerto Rico, to set up chargers along highways, unlocking $1.5bn in federal funding to that end. The money comes from the landmark infrastructure bill passed last year, which invests $7.5bn for EV charging in total.

But how much of that money is spent is largely going to be determined at the local level. “It’s a difference between policy and practice,” said Drew Lipsher, the chief development officer at Volta, an EV charging provider. “Now that the federal government has these policies, the question becomes, OK, how does this actually get implemented?” The practice, he said, is up to states and municipalities.

As EV demand spikes, a growing number of cities are adopting policies for EV charging construction. In July, the city of Columbus passed an “EV readiness” ordinance, which will require new parking structures to host charging stations proportionate to the number of total parking spots, with at least one that is ADA-accessible. Honolulu and Atlanta have passed similar measures.

One major challenge is creating a distribution model that can meet a diversity of needs.

At the moment, most EV owners charge their cars at home with a built-in unit, which governments can help subsidize. But for apartment dwellers or those living in multi-family homes, that’s less feasible. “When we’re thinking about the largest pieces of the population, that’s where we need to really be focusing our attention. This is a major equity issue,” said Alexia Melendez Martineau, the policy manager at Plug-In America, an EV consumer advocacy group.

Bringing power to people is one such solution. In Hoboken, New Jersey, Volta is working with the city to create a streetside charging network. “The network will be within a five-minute walk of every resident,” said Lipsher. “Hopefully this is a way for us to really import it to cities who believe public EV charging infrastructure on the street is important.” Similarly, in parts of Los Angeles – as in Berlin and London – drivers can get a charge from a street lamp.

And there may be new technologies that could help, exciting experts and EV enthusiasts alike. That could include the roads themselves charging EVs through a magnetizable concrete technology being piloted in Indiana and Detroit. And bidirectional charging, where, similar to solar panels, drivers can put their electricity back into the grid – or perhaps even to another EV, through what’s known as electric vehicle supply equipment (EVSE). Nissan approved the technology for their Leaf model this month.