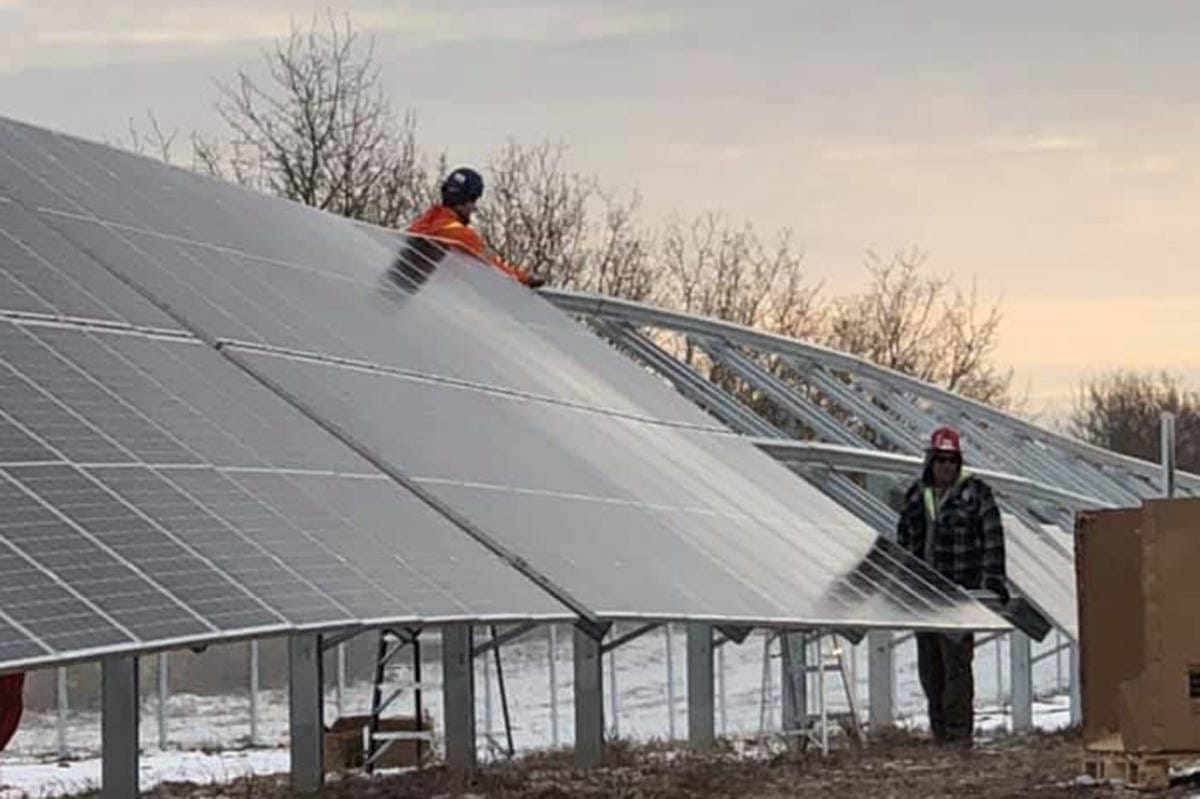 RED DEER - The switch will soon be flipped on a solar energy project that will generate tens of thousands of dollars for Ermineskin First Nation, while energizing economic development.

Built on six acres, the one-megawatt generator and its 3,500 solar panels will produce power to be sold into the province’s electrical grid, providing annual revenues for the band of $80,000 to $150,000, depending on energy demand and pricing.

It was paid for with grants from the Western Economic Diversification Fund and the province’s Climate Leadership Plan, and is expected to be connected to the grid by mid-December.

“It’s going to be the biggest distributed generation in Alberta,” he said.

Called the Sundancer generator, it was built and will be operated through a partnership with SkyFire Energy.

“Our nation is looking to do the best it can in business. It’s competitive, but at the same time, what is good for us is good for the region.

“If we’re creating jobs, we’re going to be building up our economy. And if you look at our region right now, we need to continue to create opportunities and jobs.”

Electricity prices are rock bottom right now, in the six to nine cents per kilowatt hour range. During the oilsands boom, when power demand was skyrocketing, the price was in the 16 to 18 cent range.

That means there is a lot of room for bigger returns for Ermineskin in the future, especially if pipelines such as TransMountain get going or the oilsands pick up again.

The band is so confident that Sundancer will prove a success that there are plans to double it in size. By next summer, a $1.5-million to $1.7-million project funded by the band will be built on another six acres nearby.

Minde said the project is an example of the community’s connection with the environment being used to create opportunities and embracing technologies that will likely figure large in the world’s energy future.