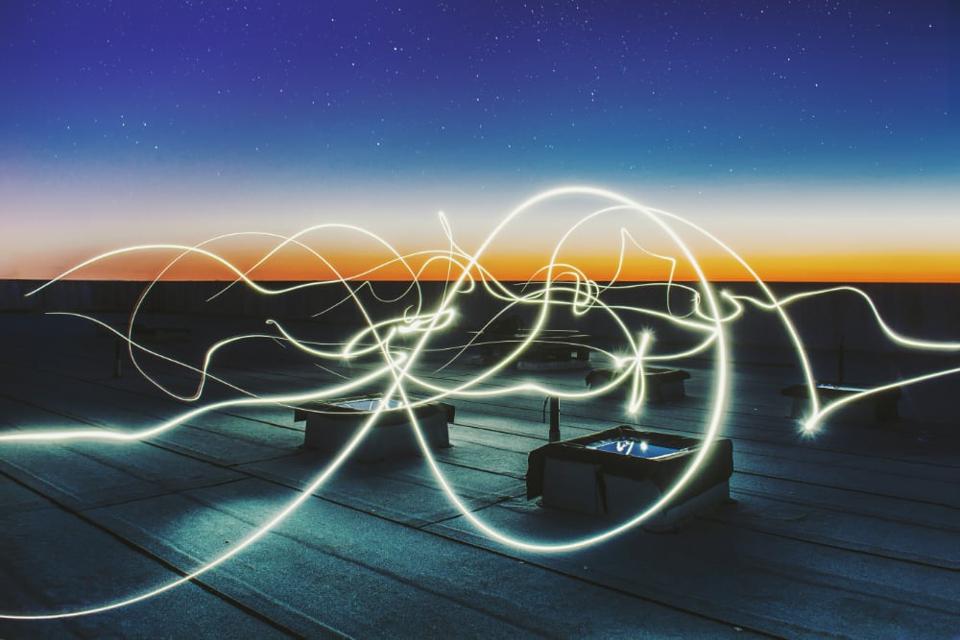 An artist's depiction of electricity and electrification

NEW YORK - Electricity is a paradox. On the one hand, it powers our most modern clean cars and miracles of computing like your phone and laptop. On the other hand, it’s one of the least updated and most ready-for-disruption parts of our homes, offices, and factories.

A startup in Silicon Valley plans to change all that, and has just signed deals with leading global electronics manufacturers to make it happen.

“The end point of the electrification infrastructure of every building out there right now is based on old technology,” Thar Casey, CEO of Amber Solutions, told me recently on the TechFirst podcast. “Basically some was invented ... last century and some came in a little bit later on in the fifties and sixties.”

The fuses, breakers, light switches, and electrical outlets in your home are ancient technology that would easily understood by Thomas Edison, who was born in 1847. When you flip a switch and instantly flood your room with light, it feels like a modern right. But you are simply pushing a piece of plastic which physically moves one wire to touch another wire. That completes a circuit, electricity flows, and ... let there be light.

Casey wants to change all that. To transform our hard-wired electrical worlds and make them, in a sense, soft wired. And the addressable market is literally tens of billions of devices.

The core innovation is a transition to solid-state switches.

“Take your table, which is a solid piece of wood,” Casey says. “If you can mimic what an electromechanical switch does, opening and closing, inside that table without any actual moving parts, that means you are now solid state AC switching.”

And solid-state is exactly what Silicon Valley is all about.

“Solid state it means it can be silicon,” Casey says. “It can be a chip, it can be smaller, it can be intelligent, you can have firmware, you can add software ... now you have a mini computer.”

That’s a significant innovation with a huge number of implications. It means that the AC to DC converters attached to every appliance you plug into the wall — the big “bricks” that are part of your power cord, for instance — can now be a tiny fraction of the size. Appliance run on DC, direct current, and the electricity in your walls is AC, alternating current. It needs to be converted before it’s usable, and that chunk of hardware, with electrolytics, magnetics, transformers and more, can now be replaced, saving space in thermostats, CO2 sensors, coffee machines, hair dryers, smoke detectors ... any small electric device.

(Since those components generally fail before the device does, replacing them is a double win.)

Going solid state also means that you can have dynamic input range: 45 volts all the way up to 600 volts.

So you can standardize one component across many different electric devices, and it’ll work in the U.S., it’ll work in Europe, it’ll work in Japan, and it will work whether it’s getting 100 or 120 or 220 volts.

Building it small and building it solid state has other benefits as well, Casey says, including a much better circuit breaker for power spikes.

“This circuit breaker is programmable, it has intelligence, it has WiFi, it has Bluetooth, it has energy monitoring metering, it has surge protection, it has GFCI, and here’s the best part: we trip 3000 times faster than a mechanical circuit breaker.”

What that means is much more ambient intelligence that can be applied all throughout your home. Rather than one CO2 sensor in one location, every power outlet is now a CO2 sensor. And a particulate matter sensor and temperature sensor and dampness sensor and ... you name it.

Solid state is the gift that keeps giving, because now every outlet can be surge-protected. Every outlet can have GFCI — ground fault circuit interruption — not just the ones in your bathroom. And every outlet and light switch in your home can participate in the sensor network that powers your home security system. Oh, and, if you want, Alexa or Siri or the Google Assistant too. Plus energy-efficient dimmers for all lighting appliances that don’t buzz.

So when can you buy Amber switches and outlets?

In a sense, never.

Casey says Amber isn’t trying to be a consumer-facing company and won’t bring these innovations to market themselves. This July, Amber announced a letter of intent with a global manufacturer that includes revenue, plus MOUs with six other major electronics manufacturers. Letters of intent can be a dime a dozen, as can memoranda of understanding, but attaching revenue makes it more serious and significant.

The company has only raised $6.7 million, according to Craft, and has a number of competitors, such as Blixt, which has funding from the European Union, and Atom Power, which is already shipping technology. But since Amber is not trying to be a consumer product and take its innovations to market itself, it needs much less cash to build a brand and a market. You’ll be able to buy Amber’s technology at some point; just not under the Amber name.

“We have over 25 companies that we’re in discussions with,” Casey says. “We’re going to give them a complete solution and back them up and support them toward success. Their success will be our success at the end of the day.”

Ultimately, of course, cost will be a big part of the discussion.

There are literally tens of billions of switches and outlets on the planet, and modernizing all of them won’t happen overnight. And if it’s expensive, it won’t happen quickly either.

Casey is a big cagey with costs — there are still a lot of variables, after all. But it seems it won’t cost that much more than current technology.

“This can’t be $1.50 to manufacture, at least not right now, maybe down the road,” he told me. “We’re very competitive, we feel very good. We’re talking to these partners. They recognize that what we’re bringing, it’s a cost that is cost effective.”