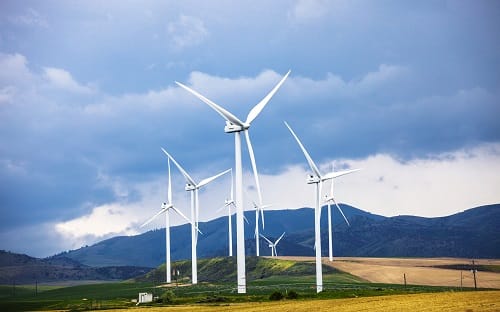 Department of Energy announced that in order to advance wind energy in the U.S., 13 projects had been selected to receive $28 million.

WASHINGTON - The U.S. Department of Energy announced that in order to advance wind energy in the U.S., 13 projects have been selected to receive $28 million. Project topics focus on technology development while covering distributed, offshore and utility-scale wind found on land.

The selections were announced by the DOE’s Assistant Secretary for the Office of Energy Efficiency and Renewable Energy, Daniel R. Simmons, at the American Wind Energy Association Offshore Windpower Conference in Boston.

According to the DOE, four Wind Innovations for Rural Economic Development projects will receive a total of $6 million to go toward supporting rural utilities via facilitating research that will allow wind projects to integrate with other distributed energy resources.

Another six projects are to receive a total of $7 million to facilitate research and development in offshore wind, with these projects including:

The Massachusetts Clean Energy Center (Boston) upgrading its Wind Technology Testing Center to facilitate structural testing of 85- to 120-meter-long (roughly 278- to 393-foot-long) blades, among other projects.

Additionally, two offshore wind technology demonstration projects will receive up to $10 million for developing initiatives connected to reducing wind energy risk and cost. One last project will also be granted $5 million for the development of tall tower technology that can help overcome restrictions associated with transportation.

“These projects will be instrumental in driving down technology costs and increasing consumer options for wind across the United States as part of our comprehensive energy portfolio,” said Simmons.