How Hedge Funds May Be Undermining the Electric Car Boom 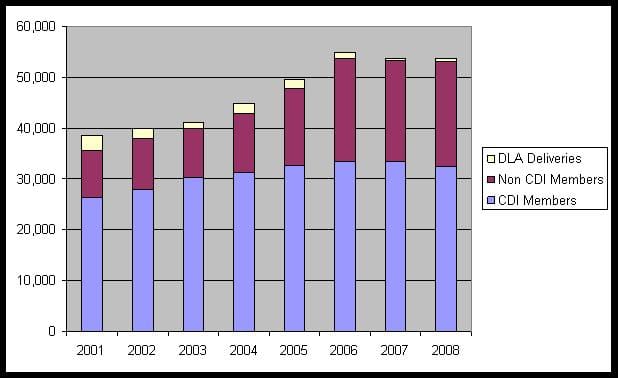 Cobalt Outlook is the real factor in future battery manufacturing

LONDON - A perfect storm is brewing in the 21st Century battery market.

More specifically, it's about what goes into those batteries - and it's not just lithium.

The other element that makes up 35 percent of the lithium-ion batteries mass produced at Tesla's Nevada gigafactory and at a dozen of other behemoths slated to come on line, is cobalt. And it's already in dramatically short supply. A part of the answer to the cobalt deficit is 100 percent American, and this little-known miner is sitting on a prime Idaho cobalt project that is one of only two that looks likely to come online in the U.S. and it's right in Tesla's backyard.

If you've been focusing your investment on lithium, you've been missing the even bigger story. EV batteries need about 200 grams of refined cobalt per kilowatt of battery capacity. Power walls need more than twice that. Between March 2016 and April 2017, the cost of the cobalt in that mix nearly tripled. But it isn't just the price that's got manufacturers worried. It's the shortage of availability. Keeping gigafactories stocked with enough cobalt to run at capacity is the challenge of the decade.

Tesla, now with a $50-billion market cap, launched a $5-billion battery gigafactory in Nevada in January. By the end of 2017, it will have doubled the entire global battery production capacity. By next year, it will be producing more batteries than the rest of the world combined.

It is estimated that Tesla's gigafactory alone will need anywhere between 7,000 and 17,500 tonnes of refined cobalt every year.

Tesla used to buy its finished battery cells from Panasonic, which in turn got its processed cathode powders from a Japanese company, Sumitomo was processing its own cobalt in the Philippines. However, that facility is already running at capacity and couldn't even begin to handle Tesla's gigafactory demand. In other words, Tesla's supply chain is no longer secure. And that's just Tesla.

The EV market is fifteen times larger than it was five years ago. The market has experienced a comppound annual growth rate of over 72 percent from 2011-2016. This year, analysts expect it to gain another 25-26 percent. Last year, global EV production grew 41 percent, and sales are up more than 60 per cent year to year.

In addition,the Iron Creek project isn't a new exploration property. It has already seen major historic exploratory work, including 30,000 feet of diamond drilling. Iron Creek has historic (non 43-101 compliant) indications of 1.3 million tons grading 0.59 percent of cobalt with encouraging indications of up to 10 million tons. The 'closeology' is also brilliant. It's right next to the only advanced cobalt project in the U.S., which has a resource of 3 million-plus tonnes of cobalt.

As the battery market hits fever pitch and the supply-chain bottlenecks become unbearable, homegrown exploration is the key-first-movers and first investors will be the biggest beneficiaries.

Supply is already in deficit, and we're also looking at an anticipated 500 percent increase in demand. Analysts at Macquarie Research project deficits of 885 tonnes of this resource next year, 3,205 in 2019 and 5,340 in 2020.

Not only is demand set to wildly outstrip supply very soon, but current supply (50 percent) comes primarily from the Democratic Republic of Congo (DRC). Buyers are coming under increasing pressure to look elsewhere for cobalt. The DRC has a horrendous record when it comes to labor practices and human rights.

Ask Apple Inc.  The tech giant recently announced it would stop buying unethical DRC cobalt for its iPhones - and as such, it has been forced to look for new suppliers.

Not only is US Cobalt one of the first movers on the All-American ethical cobalt scene, but it's also financed to advance its Idaho Cobalt Belt project, and hopes to prove up 10 million tonnes of cobalt resource.

The CEO of US Cobalt, Wayne Tisdale, is a legend in spotting emerging trends with impeccable timing and has created billions in shareholder value. He's already done it with uranium, gold and oil and gas, and his most recent homerun was in lithium, with Pure Energy. When it launched in 2012, lithium was selling for about $5,000 per tonne. Within 18 months, it had increased 450 percent.

His next bet is on cobalt.

Tisdale and his team at Intrepid Financial have, in recent years, created $2.7 billion in value by building and financing 5 companies in completely different industries:

The bottom line? There is no other commodity on the market right now that we need more.

Just watch what the hedge funds are doing with cobalt because it's unprecedented. The run on physical cobalt started in February in the least expected corner: Major hedge funds started buying up physical cobalt and hoarding it in order to gain exposure, resulting in a major supply shortage for the blue metal. Swiss-based Pala Investments and China's Shanghai Chaos have already hoarded 17 percent of last year's global production. At today's prices that's worth around $280 million. At tomorrow's prices, it will be worth a lot more.

When hedge funds start stockpiling physical cobalt, it sends its traditional buyers into a panic to secure new shipments. Since November, cobalt prices have rallied more than 100 percent, and this is only the beginning. As the cobalt supply problem grows, and EV giants and gigafactories continue to increase demand, a home-grown solution is at hand. As a first principle of investing, where there is a supply problem, there is a massive opportunity for early investors.