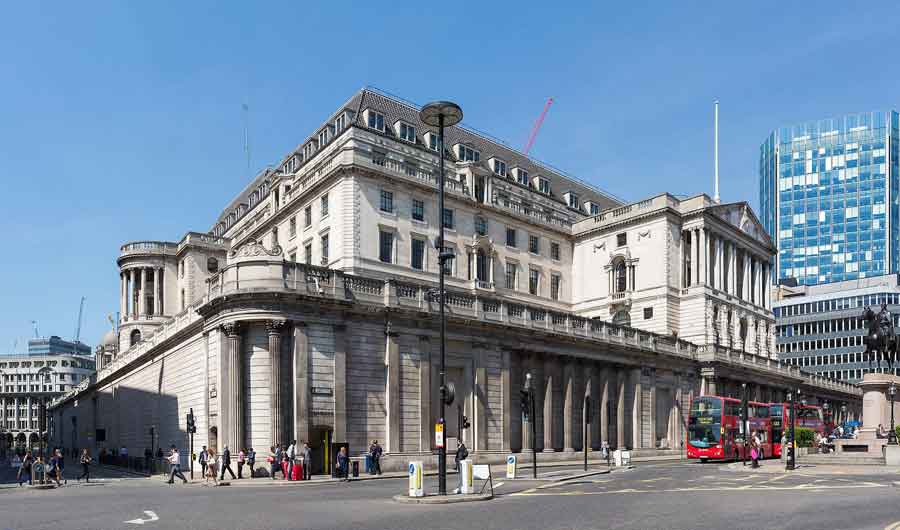 LONDON - Bank of England Deputy Governor Dave Ramsden said financial markets are still unsettled about the outlook for the UK and that a Treasury statement due on Oct. 31 may provide some reassurance.

Speaking to the Treasury Committee in Parliament, Ramsden said officials in government and the central bank are dealing with huge economic shocks, notably the surge in energy prices that came with Russia’s attack on Ukraine. Investors are reassessing where interest rates and the fiscal stance are headed.

“Markets remain quite febrile,” Ramsden told members of Parliament in London on Monday. “Things have not settled down yet.”

He described the events following Prime Minister Liz Truss’s ill-fated fiscal statement on Sept. 23, which set out a series of tax cuts funded by borrowing that spooked investors and triggered a rout in UK assets. Ramsden said those events damaged the UK’s credibility among investors, but reversing that program and Truss’s decision to step aside have helped the nation regain confidence.

“Credibility is hard won and easily lost,” Ramsden said. “That credibility is being recovered. That has to be followed through. A return to the kind of stability around policy making and around the framing of fiscal events will be really important.”

He said the issue with the Sept. 23 statement was that “it had one side of the fiscal arithmetic in it” and that the decision to include forecasts from the Office for Budget Responsibility will help underpin the confidence investors have in assessing the UK budget due out next week.

“What we are going to get on Oct. 31 will be very important,” Ramsden said. “My sense is that will take account of all the statements on both the revenue and on the spending side.”

The central bank already was getting some information from Chancellor of the Exchequer Jeremy Hunt’s team about the fiscal statement due. Hunt said last week he’d curtail government plans to subsidize household fuel bills in April instead of letting it run as long as planned and replace it with a more targeted program.

“To the extent possible, we will obviously have a little bit of time to take account of that before we make our decisions later next week,” Ramsden said.

With Truss stepping down in the next day and handing power to Rishi Sunak, it isn’t certain the Oct. 31 statement will go ahead as planned. Ramsden’s remarks confirm reports that Hunt is preparing to make the statement even before Sunak names his team.

Any hint about what sort of package Hunt will offer on energy is crucial to the BOE’s forecasts. Without aid for energy, consumers will be exposed to the full force of whatever happens in natural gas and electricity markets, and that will have a big impact on how much disposable income is available to households.

The energy plan “will be a key element, as obviously it will have a bearing on the path for inflation, which is critical, but also how much additional support relative to what we were assuming at the time of the September MPC there will be for households at different points in the income distribution,” Ramsden added.

Investors currently expect the BOE to hike rates by 75 basis points next week.

Ramsden also said the BOE is watching the pound’s decline to assess how that changes the outlook for inflation.

“We have to take account of it,” Ramsden said. “When sterling deprreciaties that feeds through to imported inflation. It’s fallen quite significantly. The overall trend is down.”