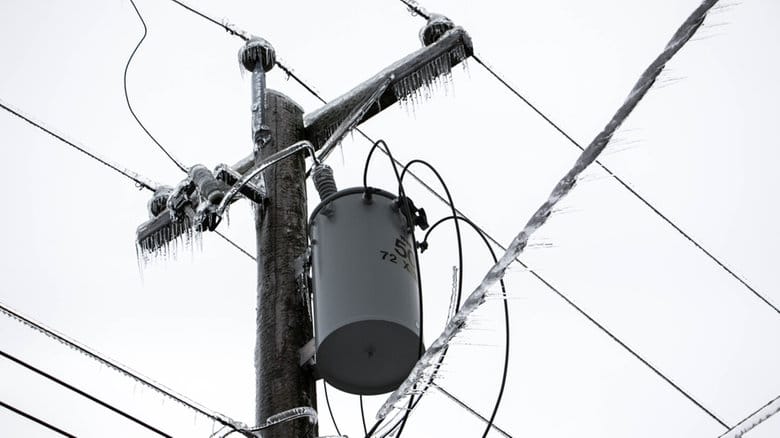 No plans to change storm response, but climate change could mean worse storms

VANCOUVER - Call it the straw that broke the llama's back.

The loss of power during recent Fraser Valley ice storms meant Jennifer Quick, who lives on a Mission farm, had no running water, couldn't cook with appliances and still had to tend to a daughter sick with stomach flu.

As if that wasn't enough, she had to endure the sight of her shivering llamas.

"I brought them outside at one point and when I brought them back in, they had icicles on their fur," she said, adding the animals stayed in the warmth of their barn from then on.

For three and a half days, Quick and her family were among more than 160,000 BC Hydro customers in the Fraser Valley left in the dark after ice storms whipped through the region.

BC Hydro expects to get all customers back online Tuesday, five days after the storm hit.

And with another storm possibly on the horizon, the utility is defending its response to the treacherous weather.

BC Hydro spokesperson Mora Scott said the utility has a "best in class" storm response system.

"In a typical storm situation we normally have 95 per cent of our customers back up within 24 hours. Ice storms are different and obviously this was an atypical storm for us," she said.

Scott said that in this case, the utility got power back on for 75 per cent of customers within 24 hours. It took the work of 450 employees called in from around B.C., working around the clock, she said.

The work was complicated by trees falling near crews, icy roads, low visibility and even substations so frozen over the ice had to be melted off with blowtorches.

She said that in the long term, BC Hydro has no plans to make changes to how it responds to extreme ice storms or how infrastructure is built.

"Seeing ice build up in the Lower Mainland like this is a rare event," she said. "So to build for extremes like that probably doesn't make a lot of sense."

But CBC meteorologist Johanna Wagstaffe said that might not always be the case as climate change continues to impact our planet.

"The less severe winter events, like light snowfall, will happen less often," she said. "But the disruptive events — like last week's storm — will actually happen more often and we are already seeing this shift happen."

Marc Eliesen, a former CEO of BC Hydro in the early 1990s, said the utility needs to keep that in mind when planning for worst-case scenarios.

"This [storm] is a condition characteristic of the weather in the east, particularly in Ontario and Quebec, which is organized to deal with freezing rain and heavy snow on the lines," he said. "This is a new phenomenon for British Columbia."

Eliesen questions whether BC Hydro has adequate equipment and crew training to deal with ice storms if they become more frequent.

'Always something we can learn'

Scott disagrees with some of Eliesen's points.

She said some of the crews called in to deal with the recent storm come from northern B.C. and the Interior and have plenty of experience with snow.

"There's always something we can learn in every major storm situation," she said.

The idea of putting power lines underground was raised by some CBC readers and listeners, but Scott said running underground lines is five to 10 times the cost of running lines on pole, so it is done sparingly. Besides, equipment like substations and transmission lines need to be kept aboveground.