What is Impedance? Explained 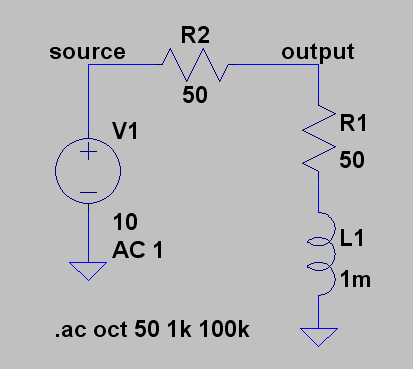 Impedance is the total opposition a cable offers to alternating current.

Impedance is the total opposition a cable offers to alternating current. It includes both resistance and reactance and is generally expressed in Ohms.

However, if the short-circuit data contains no phase information, one is usually constrained to assuming that the impedance is purely reactive. This is a reasonably good assumption for industrial power systems, for buses close to the mains, and for most utility systems. When this is not the case, an effort should be made to determine a more realistic resistance value because that will affect the results once capacitors are considered.

The inductive reactance portion of the impedance changes linearly with frequency. One common error made by novices in harmonic analysis is to forget to adjust the reactance for frequency. The reactance at the h-th harmonic is determined from the fundamental-impedance reactance, X1, by

In most power systems, one can generally assume that the resistance does not change significantly when studying the effects of harmonics less than the ninth. For lines and cables, the resistance varies approximately by the square root of the frequency once skin effect becomes significant in the conductor at a higher frequency. The exception to this rule is with some transformers. Because of stray eddy current losses, the apparent resistance of larger transformers may vary almost proportionately with the frequency. This can have a very beneficial effect on damping of resonance as shown later. In smaller transformers, less than 100 kVA, the resistance of the winding is often so large relative to the other impedances that it swamps out the stray eddy current effects and there is little change in the total apparent resistance until the frequency reaches about 500 Hz. Of course, these smaller transformers may have an XIR ratio of 1.0 to 2.0 at fundamental frequency while large substation transformers might typically be 20 to 30. Therefore, if the bus that is being studied is dominated by transformer impedance rather than line impedance, the system impedance model should be considered more carefully. Neglecting the resistance will generally give a conservatively high prediction of the harmonic distortion.

At utilization voltages, such as industrial power systems, the equivalent system reactance is often dominated by the service transformer impedance. A good approximation for Xc may be based on the impedance of the service entrance transformer only

While not precise, this is generally at least 90% of the total impedance and is commonly more. This is usually sufficient to evaluate whether or not there will be a significant harmonic resonance problem. Transformer impedance in ohms can be determined from the percent impedance, Z, found on the nameplate by

where MVA is the kVA rating of the transformer. This assumes that the impedance is predominantly reactive. For example for a 1500 kVA, 6% transformer, the equivalent impedance on the 480 V side is