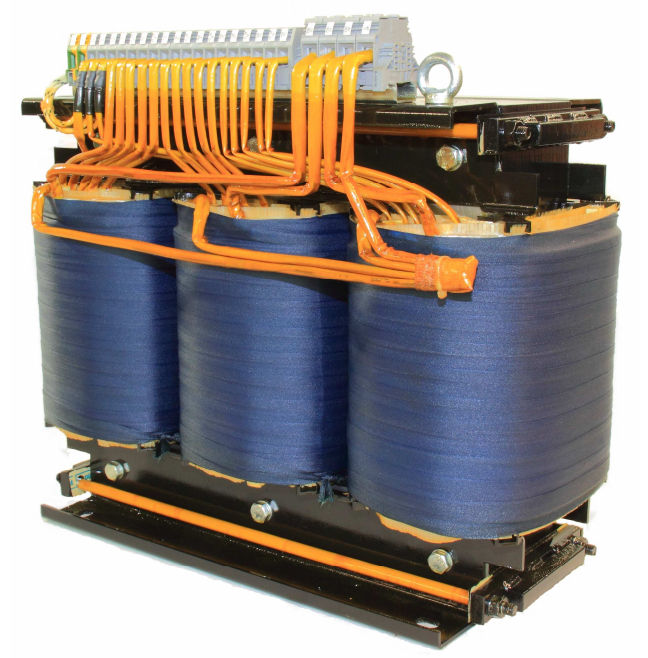 3 Phase Power Transformers are constructed by winding three single phase transformers on a single core. These transformers are put into an enclosure which is then filled with dielectric oil. The dielectric oil performs several functions. SInce it is a dielectric, a nonconductor of electricity, it provides electrical insulation between the voltage windings and the case. It is also used to help provide cooling and to prevent the formation of moisture, which can deteriorate the winding insulation.

3-phase electric power is a common method of electric power transmission. It is a type of polyphase system mainly used to power motors and many other devices. A three-phase system uses less conductor material to transmit electric power than equivalent single-phase, two-phase, or direct-current systems at the same voltage. In a three-phase system, three circuit conductors carry three alternating currents (of the same frequency) which reach their instantaneous peak values at different times. Taking one conductor as the reference, the other two currents are delayed in time by one-third and two-thirds of one cycle of the electrical current. This delay between "phases" has the effect of giving constant power transfer over each cycle of the current, and also makes it possible to produce a rotating magnetic field in an electric motor. Three phase transformers are used throughout industry to change values of three phase voltage and current. Since 3 phase power is the most common way in which power is produced, transmitted, an used, an understanding of how 3 phase transformer connections are made is essential.