What is Current Electricity - A electrical charge in motion 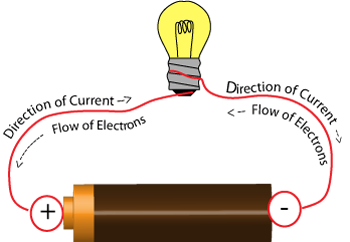 Current or dynamic electricity is defined as an electrical charge in motion.

What is Current Electricity? Current or dynamic electricity is defined as an electrical charge in motion. It consists of a flow of negatively charged electrons from atom to atom through a conductor in an electrical circuit. The external force that causes the electron current flow of electric charge is called the electromotive force (emf) or voltage.

What is the example of current electricity?

Examples of current electricity are starting a car, turning on a light, cooking on an electric stove, watching TV, shaving with an electric razor, playing video games, using a phone, charging a cell phone and more.

Is current and electricity the same?

Current is a general characteristic of electricity, like voltage and resistance. It's a name given to the flow of electrons (charge) through a medium. Electricity is a generic name that's used for the common flow of energy to power all the electric stuff. Current in general refers to any flow.

What are the two types of current electricity?

Polarity identification (+ or -) and magnetic fields are one way to distinguish a voltage source. Polarity can be identified on direct current circuits, but on alternatrng conventional current circuits the current continuously reverses direction; therefore, the polarity cannot be identified. Also, it is important to know whether an electrical energy source produces alternating current or direct current. Many control and load components are designed to operate with a specific type of current. Operating the components with the wrong type of current or DC polarity can result in improper operation and/or permanent damage to the component. 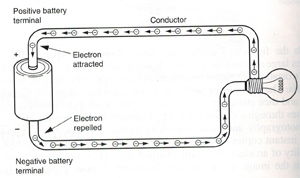