What is a Potentiometer? 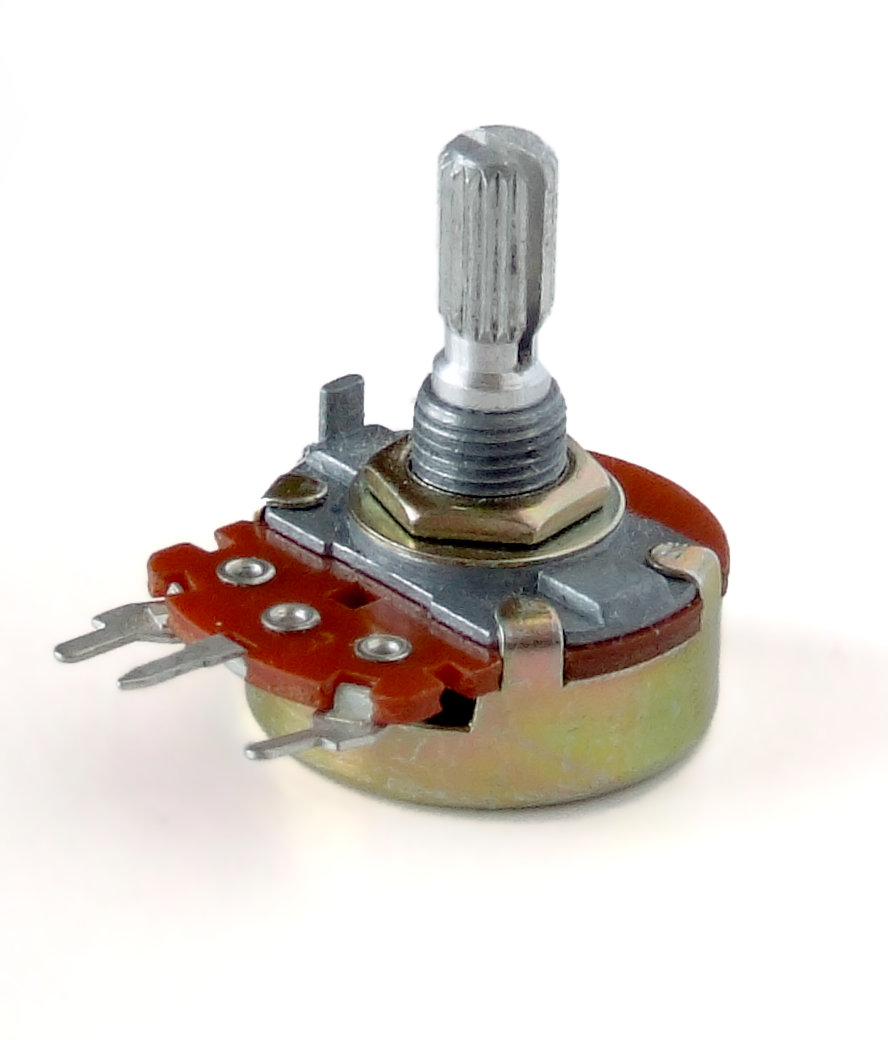 The measuring instrument called a potentiometer.

What is a Potentiometer?

A potentiometer is a three-terminal resistor with a sliding or rotating contact that forms an adjustable voltage divider. If only two terminals are used, one end and the wiper moves, it acts as a variable resistor or rheostat.

There are various types of potentiometers:

The measuring instrument called a potentiometer. This is essentially an output voltage divider used for measuring the potential energy (voltage); the component measures the resistance of the potentiometer, hence its name.

Figure 6-8 illustrates the construction geometry of a potentiometer, which acts as a variable resistor. A resistive tracks, similar to that found on film type fixed resistors, forms approximately 3/4 of a circle (an arc of 2700), with terminals connected to either end. This strip exhibits a fixed value of maximum resistance element. To obtain the variable resistance, a sliding contact, attached to a rotatable shaft and bearing, goes to a third (middle) terminal. The resistance between the middle terminal and either terminal can vary from zero up to the resistance of the whole strip. Most potentiometers can handle only low levels of current, at low to moderate voltages. 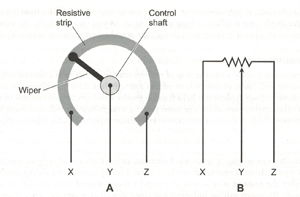 Fig. 6-8 Construction geometry of a potentiometer

In some applications, linear-taper potentiometers don't work well. The volume control of a radio receiver or hi-fl audio amplifier provides a good example. Humans perceive sound intensity according to the logarithm of the actual sound power, not in direct proportion to the actual power. type If you use a linear-taper potentiometer to control the volume (or gain) of a radio receiver or audio to system, the sound volume (as you hear it) will change slowly in some parts of the control range and ding rapidly in other parts of the control range. The device will work, but not in a user-friendly fashion. ance An audio-taper potentiometer, if properly selected and correctly installed, can compensate for the F the way in which people perceive sound levels. The resistance between the center and either end terminal ages. varies according to a nonlinearfunction of the angular shaft position. Some engineers call this type of device a logarithmic-taper potentiometer or log-taper potentiometer because the function of resistance versus angular displacement follows a logarithmic curve. As you turn the shaft, the sound intensity seems to increase in a linear manner, even though the actual power variation is logarithmic.

A variable resistor can employ a wirewound element, rather than a solid strip of resistive material. We call this type of device a rheostat. It can have either a rotary control or a sliding control, depending on whether the resistive wire is wound around a donut-shaped form (toroid) or a cylindrical form (solenoid). Rheostats exhibit inductive reactance as well as resistance. They share the advantages and disadvantages of fixed wirewound resistors.

We can't adjust a rheostat in a perfectly smooth "continuum," as we can do with a potentiometer, because the movable contact slides along the wire coil from a certain point on one turn to the adjacent point on the next turn. The smallest possible increment of resistance, therefore, equals the amount of resistance in one turn of the coil.

Rheostats find applications in heavy-duty systems such as variable-voltage power supplics designed for use with electron-tube amplifiers. This kind of supply contains a massive AC transformer that steps up the voltage from the 117 V utility mains. A rectifier circuit converts the AC to DC. The rheostat is usually placed between the utility outlet and the transformer as shown 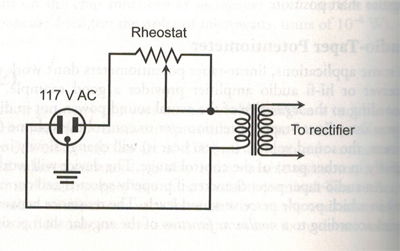