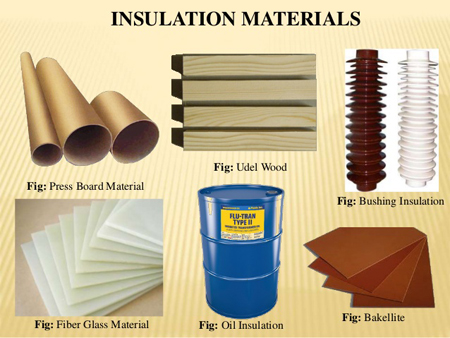 Insulation systems in power transformers consist of a fluid—either liquid or gas—together with solid materials. Petroleum-based oils have been used to insulate power transformers since 1886 and the mid-1970s when the flammability of mineral oil was a concern, but it has since been completely phased out of transformer production because of environmental concerns. It has been replaced by any of a wide variety of high-flash-point fluids (silicones, high-flash-point hydrocarbons, clorinated benzenes, or chlorofluorocarbons). Gas systems include nitrogen, air, and fluorogases. The fluorogases are used to avoid combustabiity and limit secondary effects of internal failure. Some transformers have been constructed using low boiling-point liquids such as Freon which allows improved heat transfer using a 2-phase cooling system.

Within the core and coil assembly, insulation can be divided into two fundamental groups: major insulation and minor insulation. Major insulation separates the high- and low-voltage windings, and the windings to core. Minor insulation may be used between the parts of individual coils or windings depending on construction. Finally, turn insulation is applied to each strand of conductor and/or groups of strands forming a single turn.

Low cost, high dielectric strength, excellent heat transfer characteristics, and ability to recover after dielectric overstress make mineral oil the most widely used transformer insulating material. The oil is reinforced with solid insulation in various ways. The major insulation usually includes barriers of wood-based paperboard (pressboard), the barriers usually alternating with oil spaces. Because the dielectric constant of the oil is 2.2 and that of the solid is approximately 4.0, the dielectric stress in the oil ends up being higher than that of the pressboard, and the design of the structure is usually limited by the stress in the oil.

The insulation on the conductors of the winding may be enamel or wrapped paper which is either wood- or nylon-based. The use of insulation directly on the conductor actually inhibits the formation of potentially harmful streamers in the oil, thereby increasing the strength of the structure. Again, the limit of dielectric strength is usually that of the oil.

These transformers have constructions similar to the oil-insulated transformers. The relatively high dielectric constant of the askeral aids in transferring the dielectric stress to the solid elements. Askeral has limited ability to recover after dielectric overstress, and thus the strength is limited in nonuniform dielectric fields. Askerals are seldom used over 34.5-kV operating voltage. They are powerful solvents; their products of decomposition are so harmful that they have been completely abandoned in transformers manufactured after the mid-1970s.

Dielectric stress on the gas is several times higher than in the adjacent solid insulation; care mUst be taken to avoid overstressing the gas.

These are generally limited to 34.5 kV and lower operating voltages. Air-insulated transformers in clean locations are frequently ventilated to the atmosphere. In contaminated atmospheres a sealed construction is required, and nitrogen is generally used at approximately 1 atm and some elevated operating temperatures.

Three factors must be considered in the evaluation of the dielectric capability of an insulation structure—the voltage distribution must be calculated between different parts of the winding, the dielectric stresses are then calculated knowing the voltages and the geometry, and finally the actual stresses can be compared with breakdown or design stresses to determine the design margin.

Voltage distributions are linear when the flux in the core is established. This occurs during all power frequency test and operating conditions and to a great extent under switching impulse conditions. (Switching impulse waves have front times in the order of tens to hundreds of microseconds and tails in excess of 1000 ps.) These conditions tend to stress the major insulation and not inside of the winding. For shorter-duration impulses, such as full-wave, chopped-wave, or front-wave, the voltage does not divide linearly within the winding and must be determined by calculation or low-voltage measurement. The initial distribution is determined by the capacitative network of the winding. For disk and helical windings, the capacitance to ground is usually much greater than the series capacitance through the winding. Under impulse conditions, most of the capacitive current flows through the capacitance to ground near the end of the winding, creating a large voltage drop across the line end portion of the coil.

The capacitance network for shell form and layer-wound core form results in a more uniform initial distribution because they use electrostatic shields on both terminals of the coil to increase the ratio between the series and to ground capacitances. Static shields are commonly used in disk windings to prevent excessive concentrations of voltages on the line-end turns by increasing the effective series capacitance within the coil, especially in the line end sections. Interleaving turns and introducing floating metal shields are two other techniques that are commonly used to increase the series capacitance of the coil.

Following the initial period, electrical oscillations occur within the windings. These oscillations impose greater stresses from the middle parts of the windings to ground for long-duration waves than for short-duration waves. Very fast impulses, such as steep chopped waves, impose the greatest stresses between turns and coil portions. Note that switching impulse transient voltages are two typesasperiodic and oscfflatory. Unlike the asperiodic waves discussed earlier, the oscillatory waves can excite winding natural frequencies and produce stresses of concern in the internal winding insulation. 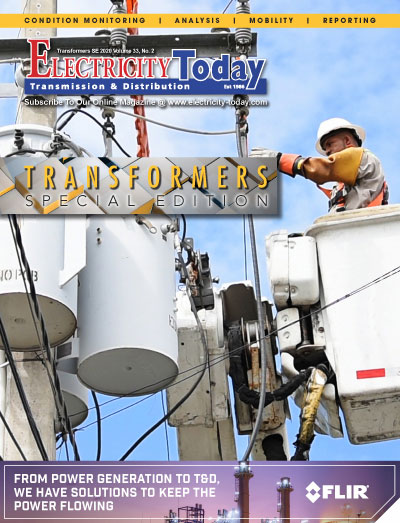