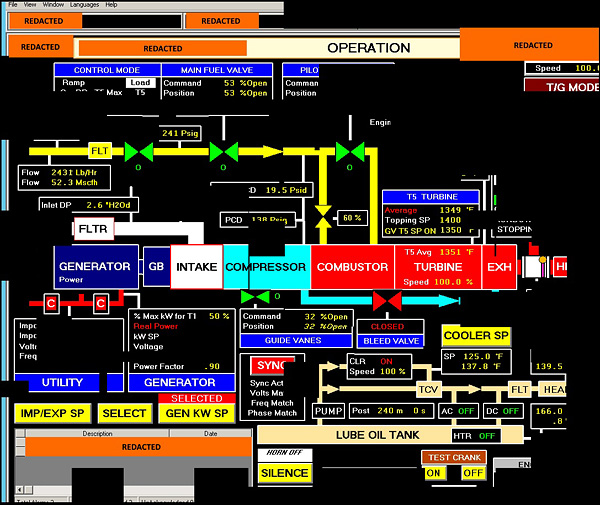 The alert details numerous attempts extending back to March 2016

In an unprecedented alert, the US Department of Homeland Security (DHS) and FBI have warned of persistent attacks by Russian government hackers on critical US government sectors, including energy, nuclear, commercial facilities, water, aviation and manufacturing.

The alert details numerous attempts extending back to March 2016 when Russian cyber operatives targeted US government and infrastructure.

What follows is an excerpt from the DHS/FBI Alert:

This joint Technical Alert (TA) is the result of analytic efforts between the Department of Homeland Security (DHS) and the Federal Bureau of Investigation (FBI). This alert provides information on Russian government actions targeting U.S. Government entities as well as organizations in the energy, nuclear, commercial facilities, water, aviation, and critical manufacturing sectors. It also contains indicators of compromise (IOCs) and technical details on the tactics, techniques, and procedures (TTPs) used by Russian government cyber actors on compromised victim networks. DHS and FBI produced this alert to educate network defenders to enhance their ability to identify and reduce exposure to malicious activity.

Analysis by DHS and FBI, resulted in the identification of distinct indicators and behaviors related to this activity. Of note, the report Dragonfly: Western energy sector targeted by sophisticated attack group, released by Symantec on September 6, 2017, provides additional information about this ongoing campaign. [1] (link is external)

This campaign comprises two distinct categories of victims: staging and intended targets. The initial victims are peripheral organizations such as trusted third-party suppliers with less secure networks, referred to as “staging targets” throughout this alert. The threat actors used the staging targets’ networks as pivot points and malware repositories when targeting their final intended victims. NCCIC and FBI judge the ultimate objective of the actors is to compromise organizational networks, also referred to as the “intended target.”

Technical Details
The threat actors in this campaign employed a variety of TTPs, including

DHS used the Lockheed-Martin Cyber Kill Chain model to analyze, discuss, and dissect malicious cyber activity. Phases of the model include reconnaissance, weaponization, delivery, exploitation, installation, command and control, and actions on the objective. This section will provide a high-level overview of threat actors’ activities within this framework.

Stage 2: Weaponization - Spear-Phishing Email TTPs
Throughout the spear-phishing campaign, the threat actors used email attachments to leverage legitimate Microsoft Office functions for retrieving a document from a remote server using the Server Message Block (SMB) protocol. (An example of this request is: file[:]///Normal.dotm). As a part of the standard processes executed by Microsoft Word, this request authenticates the client with the server, sending the user’s credential hash to the remote server before retrieving the requested file. (Note: transfer of credentials can occur even if the file is not retrieved.) After obtaining a credential hash, the threat actors can use password-cracking techniques to obtain the plaintext password. With valid credentials, the threat actors are able to masquerade as authorized users in environments that use single-factor authentication. [2]

Stage 3: Delivery
When compromising staging target networks, the threat actors used spear-phishing emails that differed from previously reported TTPs. The spear-phishing emails used a generic contract agreement theme (with the subject line “AGREEMENT & Confidential”) and contained a generic PDF document titled ``document.pdf. (Note the inclusion of two single back ticks at the beginning of the attachment name.) The PDF was not malicious and did not contain any active code. The document contained a shortened URL that, when clicked, led users to a website that prompted the user for email address and password. (Note: no code within the PDF initiated a download.)

In previous reporting, DHS and FBI noted that all of these spear-phishing emails referred to control systems or process control systems. The threat actors continued using these themes specifically against intended target organizations. Email messages included references to common industrial control equipment and protocols. The emails used malicious Microsoft Word attachments that appeared to be legitimate résumés or curricula vitae (CVs) for industrial control systems personnel, and invitations and policy documents to entice the user to open the attachment.

Stage 4: Exploitation
The threat actors used distinct and unusual TTPs in the phishing campaign directed at staging targets. Emails contained successive redirects to https://bit[.]ly/2m0x8IH link, which redirected to https://tinyurl[.]com/h3sdqck link, which redirected to the ultimate destination of https://imageliners[.]com/nitel. The imageliner[.]com website contained input fields for an email address and password mimicking a login page for a website.

When exploiting the intended targets, the threat actors used malicious .docx files to capture user credentials. The documents retrieved a file through a “file://” connection over SMB using Transmission Control Protocol (TCP) ports 445 or 139. This connection is made to a command and control (C2) server—either a server owned by the threat actors or that of a victim. When a user attempted to authenticate to the domain, the C2 server was provided with the hash of the password. Local users received a graphical user interface (GUI) prompt to enter a username and password, and the C2 received this information over TCP ports 445 or 139. (Note: a file transfer is not necessary for a loss of credential information.) Symantec’s report associates this behavior to the Dragonfly threat actors in this campaign. [1] (link is external)

Targeting of ICS and SCADA Infrastructure

In multiple instances, the threat actors created new accounts on the staging targets to perform cleanup operations. The accounts created were used to clear the following Windows event logs: System, Security, Terminal Services, Remote Services, and Audit. The threat actors also removed applications they installed while they were in the network along with any logs produced. For example, the Fortinet client installed at one commercial facility was deleted along with the logs that were produced from its use. Finally, data generated by other accounts used on the systems accessed were deleted.

Threat actors cleaned up intended target networks through deleting created screenshots and specific registry keys. Through forensic analysis, DHS determined that the threat actors deleted the registry key associated with terminal server client that tracks connections made to remote systems. The threat actors also deleted all batch scripts, output text documents and any tools they brought into the environment such as “scr.exe”.

IOCs related to this campaign are provided within the accompanying .csv and .stix files of this alert. DHS and FBI recommend that network administrators review the IP addresses, domain names, file hashes, network signatures, and YARA rules provided, and add the IPs to their watchlists to determine whether malicious activity has been observed within their organization. System owners are also advised to run the YARA tool on any system suspected to have been targeted by these threat actors.