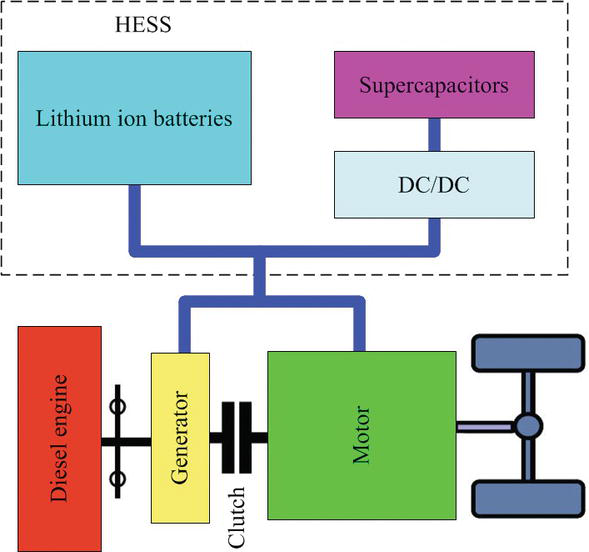 Hybrid energy storage systems combine two or more forms of energy generation, storage, or end-use technologies, and they can deliver a boatload of benefits compared with single source systems. The option of having variety in our day-to-day life could be considered as the spice of life; therefore, why limit ourselves to just one energy source or storage option? In these cases, hybrid energy systems are an ideal solution since they can offer substantial improvements in performance and cost reduction and can be tailored to varying end-user requirements.

The energy storage system (ESS) in a conventional stand-alone renewable energy power system (REPS) usually has a short lifespan mainly due to irregular output of renewable energy sources. In certain systems, the ESS is oversized to reduce the stress level and to meet the intermittent peak power demand. A hybrid energy storage system (HESS) is a better solution in terms of durability, practicality, and cost-effectiveness for the overall system implementation.

A detailed review of the state-of-the-art control strategies such as classical control strategies and intelligent control strategies for REPS with HESS are highlighted. The future trends for REPS with HESS combination and control strategies are also discussed. Configurations could include renewable or nonrenewable energy sources, electrical and chemical energy storage, and fuel cells, often connected via a smart grid. They have the potential to dramatically reduce cost and emissions from energy generation and distribution for households but can be held back by the limitations of individual power generation or storage technologies—this may include cost, inconsistent supply (like interrupted solar on a cloudy day), etc. This means there is substantial demand for hybrid energy solutions to lower cost and improve efficiency while still meeting performance requirements. Figure 1.1 is a presentation of an example for hybrid energy system (HES), which is depicted by CSIROscope corporation.

Similarly, hybrid energy systems have been designed to generate electricity from different sources, such as solar panels and wind turbines, and now tap into sources such as hydrogen that is stored in a different manner and standing by as a class of renewable energy. Therefore, a demand for its production is most efficient and costeffective in the scope of every researcher and scientist at university, industry, and national laboratory level who are working in this field. However, one of the biggest downfalls of renewable energy is that energy supply is not constant; sources like solar and wind power fluctuate in intensity due to the weather and seasonal changes.

Therefore, a reliable backup system is necessary for renewable energy-generating stations that are not connected to a national power grid, and they can produce energy during off-peak and store them for utilization during on-peak period, and that is the driving factor behind the idea of producing hydrogen via nuclear power which is indeed a solution to reduce carbon emission. The price to pay includes the cost of nuclear waste storage and other related issues such as proliferation and security of the fissionable weapon grade waste coming out of the reactor core at the end of burnup residue of fuel used in them or for that matter air- or land based on manmade event (i.e., Three Mile Island, Chernobyl accident due to operator errors) or natural disaster (i.e., Fukushima Daiichi in Japan).

Hybrid energy storage systems often consist of a combination of fossil fuels and renewable energy sources and are used in conjunction with energy storage equipment (batteries) or hydrogen storage tanks. This is often done either to reduce the cost of generating electricity from fossil fuels or to provide backup for a renewable energy system, ensuring continuity of power supply when the renewable energy source fluctuates. There are several types of hybrid energy systems such as wind-solar hybrid, solar-diesel, wind-hydro, and wind-diesel, which are among present in production plants.

The design of a system or the choice of energy sources depends on several considerations. The factors affecting the choice of hybrid power technology can also tell us why people use hybrids and some of the advantages. The main factors are cost and resources available. As some of localized advantages as stand-alone operation and off the grid in a self-sustain mode with respect to need for electricity is worth mentioning is a solar system barn in a remote or isolated area, where the framers can take advantages of independency on electricity feed from the grid. Solar energy can be produced on or off the grid.