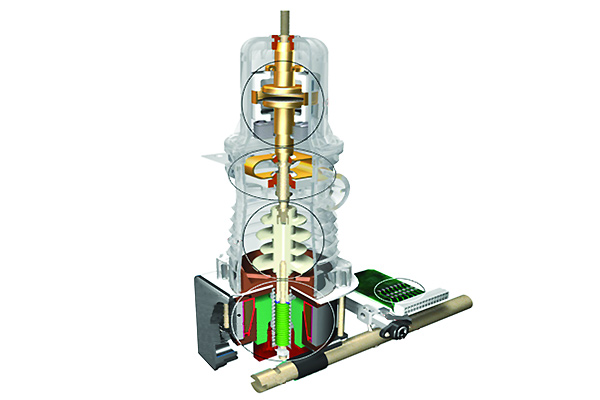 In our daily work lives, we often are required to reset circuit breakers, either molded-case or power drawout types. We may perform this task several times each day without giving it a thought. Maybe we should. Low-voltage circuit breakers are switches that have overcurrent protection. Switches are designed to make and break electrical contacts under load—unlike disconnects, which are not load-break devices. If it is a molded-case circuit breaker marked “SWD” or switching duty, they can be used to operate banks of fluorescent lighting. Low-voltage power (drawout) circuit breakers are often used as across-the-line starters. Obviously, they can handle the punishment.

What really happens, though, when a circuit breaker opens and closes under high currents, such as when used for starters or when they interrupt fault level currents? Most people don’t know, just assuming they are made for the task, so everything is good. That is not the case. Operating a circuit
breaker during high current conditions causes the breaker to deteriorate internally. Metal is sprayed into the arc chutes, carbon is spread around and the intense heat of the arc deteriorates the surrounding materials. The worst part, though, is that the lubricant that’s applied to the circuit breaker’s contact pivot points will dry out over time, eventually becoming gummy (slowing the breaker down) and finally flaking off, which can cause the breaker to freeze. Proper maintenance and inspection can catch these problems before they become critical, but many people have no specific program for their breakers, especially molded-case breakers. Below are listed some points to keep in mind when operating circuit breakers.

POINT #1
Never stand directly in front of electrical equipment when it’s being operated. I’ve caught grief from other lessenlightened electrical workers for years by standing to the side of whatever I’m operating, extending my left arm fully, turning my head and then operating it. We used to call it the “left-hand rule” where you always used your left hand, because you needed your right hand to fill out the forms after the accident. Let’s change that up just a bit. Let’s call it the “hinge-side rule”. In most metal-enclosed devices, the latch is the weak point—especially if it is a single-point handle. If it has several screws and they are properly fastened, they mayhold, but doors will usually pop open on the latch side during an arc event. I now stand on the hinge-side when operating breakers. I may break an arm, but the door should provide some shielding from the arc flash and blast. I’ve talked to several people over the years who have said that the door did provide some shielding; you just can’t count on it. I’d rather be beat than baked. I still find it difficult to completely trust in arc-rated personal protective equipment (PPE) and equipment when there are so many variables concerning an arc flash event. Maybe you’re more trusting than I.

POINT #2
If wearing an arc-rated face shield (not a hood), do not turn your head when operating equipment, face it. If you face the arc source the face shield can do its job. Turn your face and you now have an arc flash scoop. As with standing on the hinge-side of equipment, not everyone would agree with me on this, but it’s a personal choice and that is mine. In the 2012 edition of NFPA 70E, titled Standard for Electrical Safety in the Workplace, a nationally accepted standard of the National Fire Protection Association (NFPA), it is now required to use an arc-rated balaclava and face shield for all tasks for Hazard/ Risk Category 2 (HRC 2). Our concern was that the back of the head may be exposed to the arc plasma, even at HRC 2 levels.

POINT #3
Have a check list when preparing to rack a low-voltage power circuit breaker. “What?” you say, “I’ve been doing this for years.” According to a report by Centers for Disease Control and Prevention (CDC) and The National Institute for Occupational Safety and Health (NIOSH), that’s when we are most likely to have an accident.

POINT #4
Notice that it is experienced workers (10 plus years) that have a jump in accidents. We know how to do it. We also know shortcuts—or bad habits—we’ve picked up over the years. A check list keeps us on track, so if we are distracted or the work is interrupted, we know where we left off. Some items to have on that checklist:
a) Make certain the load is dropped before opening or closing the breaker. The breaker is placed under the most stress when opening and closing under load (or especially a fault, but that opens it automatically). It only makes sense to reduce that stress when operating the breaker.

b) Make certain the breaker actually is open—especially if you are to rack a breaker that is already showing OPEN. Most breakers use a spring-loaded indicator that is driven by small linkages. Often, on older breakers especially, these indicators were spring-loaded to the OPEN position. I don’t know why it would be that way, but it is. It’s not open until we hit the TRIP button and verify it’s open.

c) Be certain the door is properly latched. Even though it would probably come open during a failure, it still would slow things down. Also, remember about broken vs. baked. All fasteners should be installed and properly secured before proceeding.

d) Wear the proper PPE. There are a million reasons not to wear PPE and only one reason to wear it—you’ll go home instead of to the hospital. Use your common sense here, also. NFPA 70E directs us to perform a Hazard/Risk Analysis before we engage in hazardous electrical work. We judge the hazard (whatever the incident energy would be) and also the risk. If the equipment is old and poorly maintained, then the risk is increased. I think I’d wear more PPE, not less.

e) Pull the control fuses, if possible. Usually, low-voltage breakers don’t make this a viable option, but most metalenclosed breakers can have their control fuses pulled.

f) Rack with the door closed, if possible. Sometimes, the door must be open to rack a breaker. If that’s the case, use a longer racking handle. The incident energy decreases by the inverse square of the distance, so a six-to-twelve inch increase in distance from the arc source can reduce the heat considerably.
The more distance the better, or as I like to say, “Distance is our friend”.

g) If the breaker is operated in the TEST position, make double certain it is open before you rack it into the CONNECTED position. Yes, there are interlocks, but it’s like my dad would tell me, “Never trust your life to a mechanical device”. If it’s electrical or mechanical it is not a question of if, but when it’s going to fail. Don’t roll the dice. There are other points that could be made on this topic, but these are the ones that stick out to me. If you operate breakers with respect and take into consideration their shortcomings, you can safely operate them.

From: Electrical Testing and maintenance Handbook, volume 11, The Electricity Forum