SEA To Convert 10,000 US School Buses To Electricity 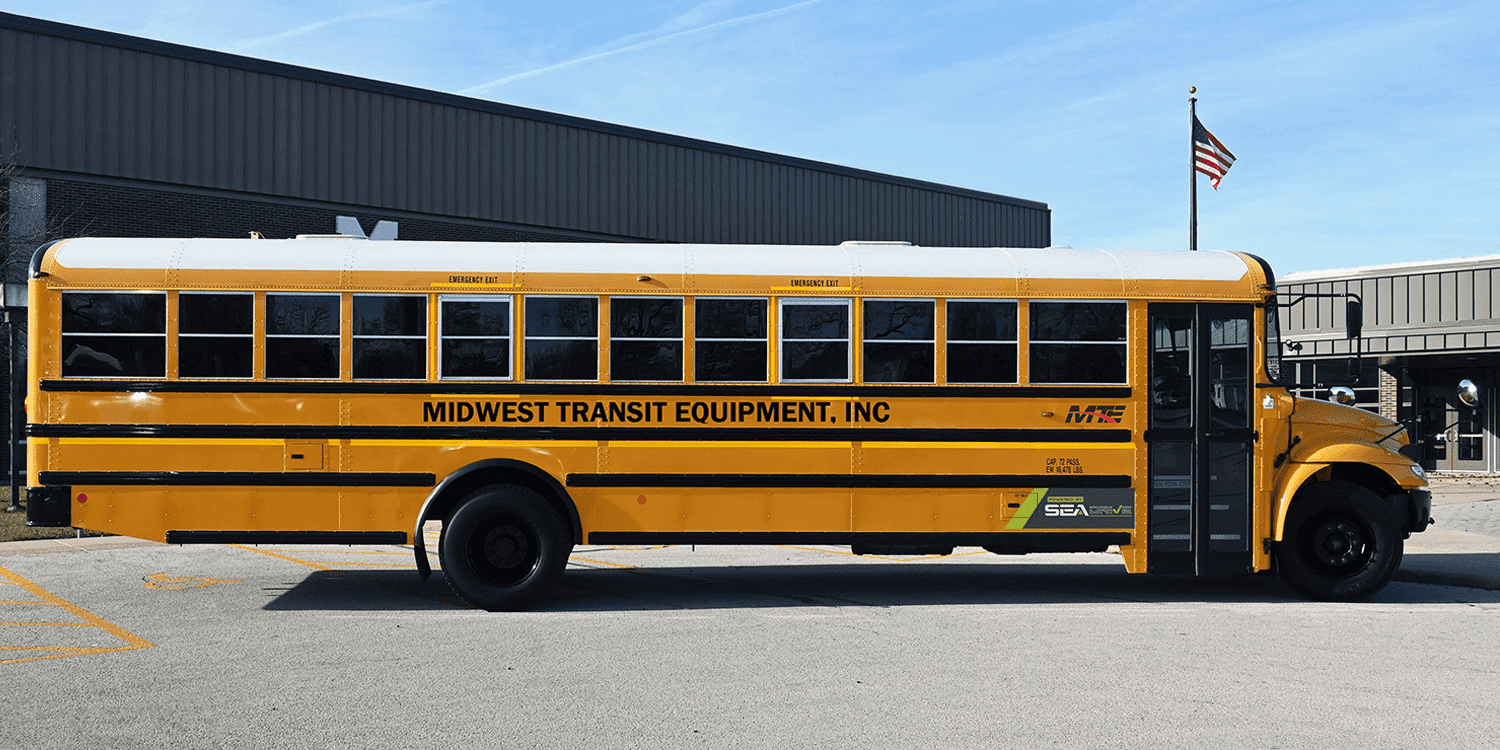 WASHINGTON - Converting a Porsche 356C to electric power is a challenge. There’s precious little room for batteries, converters, and such. But converting a school bus? That’s as easy as falling off a log. A bus has acres of space for batteries and the electronics need to power an electric motor.

One of the dumbest ideas human beings ever came up with was sealing school children inside a diesel powered bus for the trip to and from school. Check out our recent article on the impact of fossil fuel pollution on the human body. Among other things, fine particulates in the exhaust gases of an internal combustion engine have been shown to lower cognitive function. Whose bright idea was it to make school kids walk through a cloud of diesel fumes twice a day when those same fumes make it harder for them to learn?

Help may be on the way. SEA Electric, a provider of electric commercial vehicles originally from Australia and now based in Los Angeles has stuck a deal with Midwest Transit Equipment to convert 10,000 existing school buses to electric vehicles over the next five years. Midwest will provide the buses to be converted to the SEA Drive propulsion system. SEA Electric will complete the conversions using its “extensive network of up-fitting partners,” Nick Casas, vice president of sales and marketing for SEA Electric, says in a press release.

After the conversions are completed, the electric buses will have vehicle to grid (V2G) capability that will allow them to help balance the local electrical grid and “smart charge” when electricity prices are lowest. The school buses to be converted are of the US school bus class Type A  or Type C. Type A is the smallest US school bus with a length of 6 to 7.5 metres and is based on a van chassis. The traditional Type C school buses are built on truck architectures.

SEA Electric says that the conversion will extend the life of the buses by more than ten years and that two to three converted buses can be had for the price of one new electric bus. Mike Menyhart, chief strategy officer at SEA Electric says, “The secondary use of school buses fitted with all-electric drivetrains makes a lot of sense. It keeps costs down, opens up considerable availability, creates green jobs right here in the US, all while making a difference in the environment and the health of the communities we serve.”

According to John McKinney, CEO of Midwest Transport Equipment, the partnership with SEA Electric will ensure that it can respond more quickly to customers’ needs. “As the industry moves towards zero emissions we are positioned well with our SEA Electric partnership to be a leader of the electrification movement.”

According to Nick Casas, SEA Electric will plans to expand it operations to the UK soon, and intends to do business in six countries in Europe, including Germany, in the years to come. SEA says it will have delivered more than 500 electric commercial vehicles in 2021 and plans to put more than 15,000 electric vehicles on the road by the end of 2023. Just a few weeks ago, SEA Electric announced an order for 1,150 electric trucks based on the Toyota Hino cargo van for the GATR company of California.

SEA Electric recently announced an electric platform for a small truck that can be driven with a normal car driver’s licence. It has also recently closed a financing round of $42 million to further expand its business. The main investor in this round was Exro Technologies, a Canadian company.

Electric school buses make so much sense. No fumes to fog young brains, lower maintenance costs, and lower fuel costs are all pluses. Extending the service life of an existing bus by a decade will obviously pay big dividends for school bus fleet operators like MTE. It’s a win/win/win situation for all concerned, with the possible exception of diesel mechanics. But the upside there is they can be retrained in how to maintain electric vehicles, a skill that will be in increasing demand as the EV revolution picks up speed.