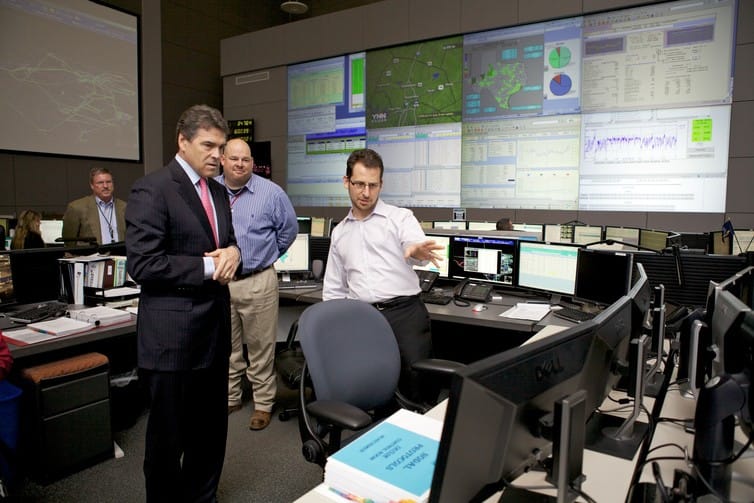 Perry asks for assessment on the effect of renewable energy policies

WASHINGTON - U.S. Secretary of Energy Rick Perry in April requested a study to assess the effect of renewable energy policies on nuclear and coal-fired power plants.

Some energy analysts responded with confusion as the subject has been extensively studied by grid operators and the Department of Energy’s own national labs. Others were more critical, saying the intent of the review is to favor the use of nuclear and coal over renewable energy sources.

To understand why, we need to trace the path of electrons from the wall socket back to power generators and the markets and policies that dictate that flow. As energy scholars based in Texas – the national leader in wind – we’ve seen these dynamics play out over the past decade, including when Perry was governor.

There has been a lot of ink spilled on why coal is in trouble. A quick recap: Natural gas is plentiful and cheap. Our coal fleet is old and depreciated. Energy use in the U.S. has flatlined, so there’s less financial incentive to build big new power plants.

Part of Perry’s review is aimed at establishing how wind and solar, which are variable sources of power, are affecting so-called baseload sources – the power plants that provide the steady flow of electricity needed to meet the minimum demand.

Posing the question whether wind and solar are killing baseload generators, including coal plants, reveals an antiquated mindset about power markets that hasn’t been relevant in many places for at least a decade. It would be similar to asking in the late 1990s whether email was killing fax machines and snail mail. The answer would have been an unequivocal “yes” followed by cheers of “hallelujah” and “it’s about time” because both had bumped into the limits of their utility. How quickly 1990s consumers leaped to something faster, less impactful and cheaper than the older approach was a sign that they were ready for it.

Something similar is happening in today’s power markets, as customers again choose faster, less impactful, cheaper options – namely wind, solar and natural gas plants that quickly boost or cut their output – as opposed to clinging to the outdated, lumbering options developed decades before. Even the Department of Energy’s own analysis states that “many of the old paradigms that govern the (electricity) sector are also evolving.”

Wind and solar are making older generators less viable because their low, stable prices and emissions-free operation are desirable. And they aren’t hurting grid reliability the way critics had assumed because other innovations have happened simultaneously.