Ontario will not renew electricity deal with Quebec 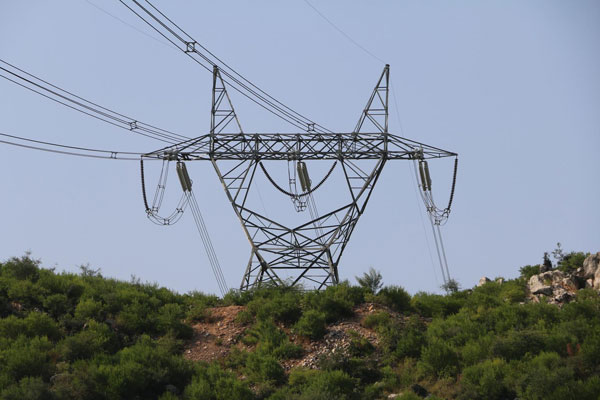 TORONTO - The Ontario government does not plan to renew the Ontario-Quebec Electricity Trade Agreement, Radio-Canada is reporting.

The seven-year contract, which expires next year, aims to reduce Ontario's greenhouse gas (GHG) emissions by buying 2.3 Terawatt-hours of electricity from Quebec annually — that corresponds to about seven per cent of Hydro-Quebec's average annual exports.

The announcement comes as the provincially owned Quebec utility continues its legal battle over a plan to export power to Massachusetts.

The Ontario agreement has guaranteed a seasonal exchange of energy, since Quebec has a power surplus in summer, and the province's electricity needs increase in the winter. Ontario plans on exercising its last and only option in the summer of 2026, for a block of 500 megawatts.

The office of the Ontario Minister of Energy Todd Smith says the province will save money by relying "on a competitive procurement process" instead. And, the Independent Electricity System Operator (IESO), the equivalent of Hydro-Quebec in Ontario, added that, at any rate, Quebec is expected to "run out of electricity in the middle or at the end of the decade."

During the Quebec election campaign, Premier Francois Legault said his province needed to increase hydroelectricity production because he is expecting demand for hydroelectricity to increase by an additional 100 terawatt-hours in the coming decades — half of Hydro-Quebec's current annual output.

Eloise Edom, an associate researcher at Polytechnique Montreal's Institut de l'energie Trottier, says the announcement came as somewhat of a surprise because "we're still talking about a lot of energy."

No green options
Yet Ontario is running out of electricity, in part because of plans to refurbish nuclear reactors at the Bruce and Darlington generator stations.

Windsor has already lost out on a $2.5-billion factory because the region lacks electricity. And by 2025, Toronto will run out of power for the electrification of its transit system, according to the latest estimates from the IESO.

The Ford government recently announced that it hopes to extend the life of the Pickering nuclear plant. It is also evaluating the possibility of increasing hydroelectricity production at its existing dams.

For now, Ontario is banking on its natural gas-fired power plants, which have won most recent IESO tenders for contracts running until 2026. Last Friday, the province announced that it was going to buy an additional 1,500 megawatts by 2027.

"The [Ontario energy] minister's expectations may be that the increase in natural gas prices is temporary and that it will fade," energy economist Jean-Thomas Bernard said. "With this in mind, he probably does not want to sign a long-term contract [with Hydro-Quebec] and prefers to buy electricity on a day-to-day basis and through calls for tenders."

If the Quebec deal expires, Ontario, Canada's second highest GHG emitter, would have to increase its emissions for the sector, at least in the medium term.

Last year, the IESO found that it would be very difficult to set a moratorium on natural gas before 2030. The IESO must produce a final report on the subject for the energy minister by the end of November.