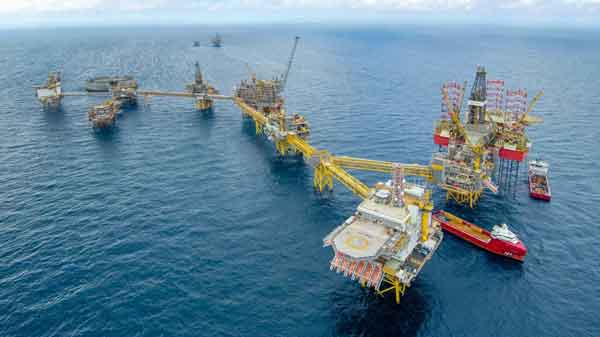 OSLO - Norway and Denmark will increase security and surveillance around their energy infrastructure sites after the alleged sabotage of Russia's Nord Stream gas pipeline in the Baltic Sea.

Norway -- an oil-rich nation and Europe's biggest supplier of gas -- will strengthen security at its land and offshore installations, the country's energy minister said.

"The PSA has received a number of warnings/notifications from operator companies on the Norwegian Continental Shelf concerning the observation of unidentified drones/aircraft close to offshore facilities" the agency said in a statement.

"Cases where drones have infringed the safety zone around facilities are now being investigated by the Norwegian police."

Meanwhile Denmark will increase security across its energy sector after the Nord Stream incident, a spokesperson for gas transmission operator Energinet told Upstream.

The Danish Maritime Agency has also imposed an exclusion zone for five nautical miles around the leaks, warning ships of a danger they could lose buoyancy, and stating there is a risk of the escaping gas igniting "above the water and in the air."

Denmark's defence minister said there was no cause for security concerns in the Baltic Sea region.

"Russia has a significant military presence in the Baltic Sea region and we expect them to continue their sabre-rattling," Morten Bodskov said in a statement.

Video taken by a Danish military plane on Tuesday afternoon showed the extent of one of gas pipeline leaks, with the surface of the Baltic bubbling up as gas escapes:

Meanwhile police in Sweden have opened a criminal investigation into "gross sabotage" of the Nord Stream 1 and Nord Stream 2 pipelines, and Sweden's crisis management unit was activated to monitor the situation. The unit brings together representatives from different government agencies.

Swedish Foreign Minister Ann Linde had a call with her Danish counterpart Jeppe Kofod on Tuesday evening, and the pair also spoke with Norwegian Foreign Minister Anniken Huitfeldt on Wednesday, with Kofod saying there should be a "clear and unambiguous EU statement about the explosions in the Baltic Sea."

"Focus now on uncovering exactly what has happened - and why. Any sabotage against European energy infrastructure will be met with a robust and coordinated response," said Kofod.