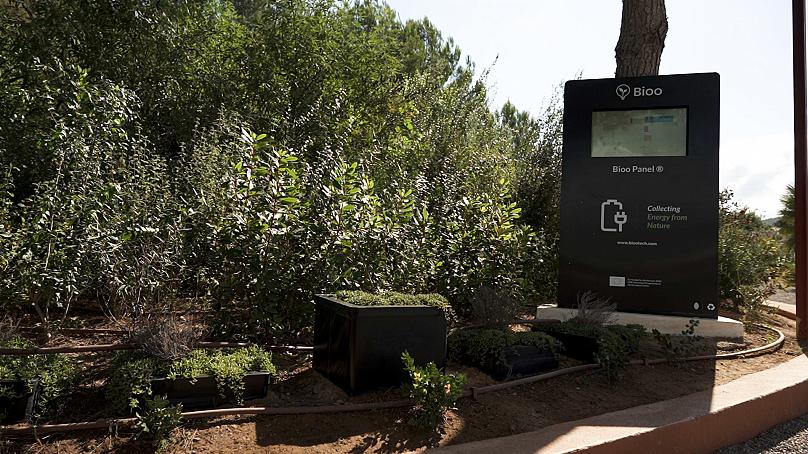 MADRID - SCENES shines a spotlight on youth around the world that are breaking down barriers and creating change. The character-driven short films will inspire and amaze, as these young change-makers tell their remarkable stories.

Pablo Vidarte is a born inventor. At the age of eight, he was programming video games. By 16, he was challenging NASA and competing with the Spanish army to enhance the efficiency of external combustion engines. "I wanted to perfect a system that NASA did in 2002 oriented to powering cars. I was able to increase that efficiency by 60 per cent, which was pretty cool," Pablo explained. Aged 18, he created his first company specialising in artificial intelligence. A year later, he founded Bioo, a revolutionary startup that generates electricity from plants' photosynthesis.

"Imagine, being in the middle of a park or a street and being able to touch a plant and turn on the lights of that specific area," Pablo told Scenes. "Imagine storing the memories of humanity itself in nature. Imagine storing voice messages in a library that is an open field where you can go and touch the plants and communicate and interact with them. That's what we do at Bioo," he added.

The creation of Bioo, however, was not a walk in the park. Pablo relied on nanotechnology engineers and biologists volunteering their time to turn his idea of biological batteries into a reality. It took a year for a prototype to be created and an investor to come on board. Today, Bioo is turning plants into biological switches, generating renewable energy from nature, and transforming the environment.

"We realised that we were basically killing the planet, and then we invented things like solar panels and solutions that we're able to prevent things from getting worse, but the next step is to be able to reverse the whole equation to revive that planet that we're starting to lose," the 25-year-old explained.

Batteries creating electricity from soil
Bioo has designed biological batteries that generate electricity from the energy released when organic soil decomposes. Like traditional batteries, they have an anode and a cathode, but instead of using materials like lithium to power them, organic matter is used as fuel. When microorganisms break down the organic soil, electrons are released. These electrons are then transported from the anode to the cathode, and a current of electricity is created. The batteries come in the shape of a rectangular box and can be dug into any fertile soil. They produce up to 200Wh a year per square metre.

Bioo's batteries are limited to low-power applications, but they have grown in popularity and are set to transform the agriculture industry.

Cost savings for farmers
Farmers can monitor their crops using a large network of sensors. The sensors allow them to analyse growing conditions, such as soil moisture, PH levels and air temperature. Almost 90 per cent of the power used to run the sensors come from chemical batteries, which deplete.

"The huge issue is that chemical batteries need to be replaced every single year. But the problem is that you literally need an army of people replacing batteries and recalibrating them," Pablo explains. "What we do, it's literally a solution that is hidden, and that's nourishing from the soil itself and has the same cost as using chemical batteries. So the investment is basically returned in the first year," Pablo added.

Bioo has partnered with Bayer, a leading agricultural producer, to trial their soil-powered sensors on 50 million hectares of agricultural land. If successful, the corporation could save €1.5 billion each year. Making it a game-changer for farmers around the world.

A BioTech World
In addition to agriculture, Bioo's batteries are now being installed in shopping centres, offices and hospitals to generate clean power for lighting.

Pablo's goal is to create a more environmentally efficient world, so shares his technology with international tech companies. "I wanted to do something that could really mean a change for our world. Our ambition right now is to create a biotech world, a world that is totally interconnected with nature," he said.

As Bioo continues to develop its technology, Pablo believes that soil-generated electricity will become a leader in the global energy market.