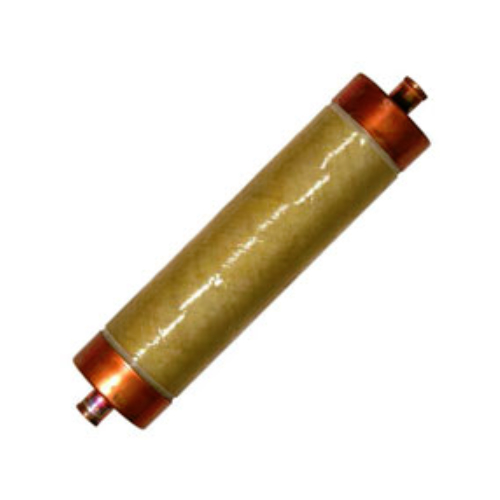 Current-limiting Fuse - A fuse which, when interrupting currents within its current-limiting range, reduces the current in the faulted circuit to a magnitude substantially less than that obtainable in the same circuit if the device was replaced with a solid conductor having comparable impedance. To be labeled “current limiting,” a fuse must mate with a fuse block or fuse holder that has either a rejection feature.

A current-limiting fuse (CLF) is one that opens and clears a fault in less than 180 electrical degrees, or in other words, within the first half electrical cycle (0.00833 seconds).

Modern types of these fuses are constructed with an enclosed case, tube or body and have no moving parts when they open from an overcurrent. By operating on thermal energy principles of physics, the fuse improves electrical system reliability by not relying on springs, levers or latches that require periodic maintenance to ensure continued proper operation.

NEC® Article 240.2 states that a current-limiting overcurrent protective device must reduce the peak let-through current to a value substantially less than the potential peak current that would have occurred if the fuse were not used in the circuit or were replaced with solid conductors of the same impedance. The total destructive heat energy (I2t) to open the circuit and its components is greatly minimized.

It is important to note that UL Class H ‘Renewable’ fuses designed decades ago are considered non-current limiting. Other than Midget fuses, almost all other fuse types used in today’s electrical systems and applications are considered currentlimiting per the above parameters. This selection consideration now involves determining the degree or level of current limitation required to properly protect a given device or system.

It is also important to point out that matching fuse holders and/or fuse blocks must reject non-current-limiting fuses and accept only those of the stated UL Class.

Fuses that limit the let-through current to downstream components provide protection from thermal and magnetic forces while providing numerous benefits.

• Current-limiting fuses enhance workplace safety by reducing the incident energy personnel are exposed to under fault conditions. Arc flash hazards may be greatly reduced when compared to using a non-current limiting OCPD, especially at 600 amps and below.

• Fuses can protect components and equipment from extreme thermal and magnetic forces by clearing the fault current within the first half or quarter cycle. Conductors, busway, motor starters, switches and other devices can be well protected. In addition, fuses, when properly sized, help comply with NEC 110.10 by protecting equipment and components from extensive damage.