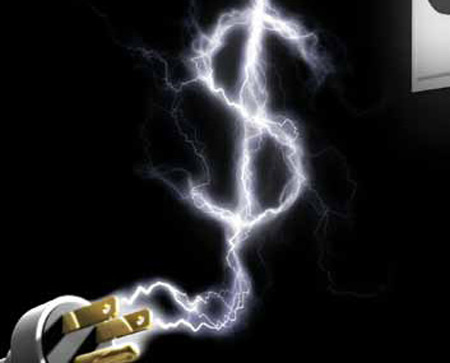 Energy efficiency for uninterruptible power supply (UPS) equipment is so important because they can influence UPS energy efficiency and can directly impact energy costs. This paper will compare the differences in energy efficiencies among various UPS topologies available today through laboratory testing. These studies demonstrate flywheel—based UPS technology achieves much higher efficiency ratings as compared to legacy battery based UPS systems, resulting in substantial cost savings over the life of the system.

UPS systems provide power conditioning and backup power to mission critical facilities such as data centers, broadcast sites and hospitals. UPS systems protect these sites from voltage fluctuations such as surges and sags or frequency fluctuations and also provide ride-through or temporary power to bridge the gap between a power outage and the restoration of utility power or the transfer to a backup generator. The UPS uses a form of short-term (seconds to minutes) energy storage to assist in power conditioning and power bridging in the event of a complete outage. The most common and practical direct-current (DC) energy storage forms are chemical batteries (for example, lead acid, NiCd, and NiMH), flywheels and ultra-capacitors. To perform its two functions, a UPS requires energy—in this case electricity.

The industry measures UPS efficiency as power out divided by power in with the UPS consuming a portion of the input power. The amount of energy consumed by the UPS represents energy lost or inefficiency. UPS inefficiency can waste 10 per cent or more of utility input within the UPS itself and is a significant concern for data center operators, utilities and policy makers. UPS inefficiency amounts to thousands of kilowatt hours per year wasted in the process of protecting even a medium-sized mission critical load.

The efficiency of a UPS, as defined by the International Electrotechnical Committee, is “the ratio of (active) output power to (active) input power under defined operating conditions,” where defined operating conditions refer to a specific per cent load and load type (linear/resistive versus non-linear). Active power is measured in watts or kilowatts.

The power demands of data centers are significant and growing. The U.S. Environmental Protection Agency (EPA) estimated data centers consumed 61 billion kilowatt-hours (kWh) in 2006 at a total electricity cost of approximately $4.5 billion. The EPA’s baseline forecast predicts a near doubling of energy consumption by 2011 to more than 100 billion kWh and $7.4 billion, assuming current growth and efficiency trends (2). In its alternative forecast views, EPA identified adoption of higher efficiency UPS systems as a key factor in reducing data center power consumption (3). A study by Intel Corp. showed typical UPS systems as contributing six to seven per cent losses to overall data center energy use.

At the individual data center level, improving UPS system efficiency offers direct, 24-hour-a-day energy savings, both within the UPS itself and indirectly through lower heat loads and even reduced building transformer losses. When a full data center equipment load is served through a UPS system, even a small improvement in system efficiency can yield large annual cost savings. Pacific Gas & Electric (PG&E) estimates a 15,000 square-foot data center with IT equipment operating at 50 watt-per-square-foot requires 6.9 MWh (megawatt hour) of energy annually for the information-technology (IT) equipment. If the UPS system supplying that power has its efficiency improved by just five percentage points, the annual energy bill will be reduced by 384,000 kWh, or about $38,000 at $0.10 per kilowatt hour (kWh), plus significant additional savings from the reduced cooling load.

COOLING REQUIREMENTS AS A FUNCTION OF EFFICIENCY

When evaluating a UPS and its efficiency, it is important to keep in mind the first law of thermodynamics that “energy can neither be created nor destroyed.” With respect to UPS systems, the difference in active input and output power represents heat loss as a result of the activity the UPS performs. Heat interferes with the environmental conditions in a defined space such as an electrical room and will ultimately drive the temperature up and potentially cause short- or long-term damage to equipment as it exceeds designed temperature thresholds. A sound design of an electrical room includes an air-conditioning or precision cooling system to maintain a certain temperature band. The lower the efficiency of the UPS, the more heat that is generated and the more cooling that is required in the room, driving up capital costs and the ongoing operational expenses of the cooling system. As a general rule of thumb for an efficient centralized cooling plant, it takes 0.33 kW of power to cool one kilowatt of heat. As a result, the operational cost of a low efficiency UPS is further exacerbated by the additional cooling cost.

There are two key factors influencing UPS system efficiency: the topology of the UPS system itself and the design of the data center’s power supply and distribution, which determines the load factor of the UPS.

The design of the UPS system itself has a significant impact on efficiency. Put simply, some UPS designs are inherently more efficient than others. There are two major topologies in use today in mission critical facilities—parallel online (also known as line interactive) and double conversion.