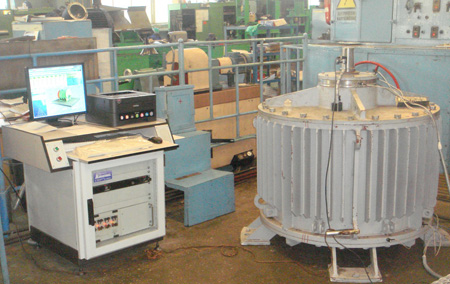 The application of motor systems maintenance and management programs has the potential impact of saving industry an initial $26.5 Billion in electrical energy costs, while reducing greenhouse gas emissions by over 3,000 Mega-Tons per year. The individual impact on production availability is also significant, by reducing troubleshooting and evaluation time by over 50%, motor repair by over 30% and general motor-system related labor by up to 50%, following the application and sustainment of the program. In this article, we are going to cover three opportunities obtained through the application of the Electrical Motor Diagnostic component of an overall program.

In a recent study, 1,054 motors were evaluated with MCA in a marine environment. The motor system owner’s previous program involved the use of insulation to ground testing with a pass/fail limit of 1 MegOhm. The selected technology used in the study was an ALL-TEST IV PRO 2000 motor circuit analyzer which obtains data on resistance, impedance, inductance, phase angle, current/frequency response and insulation to ground testing. During the period of testing, 35 machines were found to have insulation resistance values of ‘0’ MegOhms. A total of 398 machines had a variety of potential faults identified as developing winding shorts, winding contamination, poor connections and/or a combination of faults.

Of the 35 machines with low insulation resistance values, only one failed during the following eight months. This machine was also identified with developing winding faults. Of the remaining 363 machines, over 20% were identified as having failed over the next eight months. Note that additional machines may have also failed, however the data was limited based upon the accuracy of failure data entered into the associated CMMS software system. A majority of the 1,054 machines were considered critical, with a number of them including fire pumps. Most of the identified motors were allowed to operate to failure. One of the significant issues identified in this study was that the application followed along with the expected 1 in 4 to 1 in 6 motors being identified with potential faults as identified in the “Motor Diagnostics and Motor Health Study”.

A field service company recently initiated a motor diagnostics program utilizing an MCA device. The results were dramatic in that the number of annual motor repairs dropped by over 33% while production remained constant. The impact was an improvement in equipment availability and planned outage overhauls (the correct machines were removed for attention). There was also a direct reduction in emergency work orders by over 66%, which directly translated into a reduction in maintenance overtime costs allowing a higher rate of completed PMs.

Notably, in this study was the fact that electric motor repairs were not eliminated. However, the severity of the remaining repairs was reduced. Following several years of success (1996 to 2001), new management made the decision to eliminate the motor diagnostic program. In less than 18 months, the conditions that existed prior to the application of the program returned. The result was a dramatic increase in maintenance costs associated with the electric motors, increased unplanned downtime, additional overtime man-hours and emergency work orders.

OPPORTUNITY 3: THE APPLICATION OF MOTOR DIAGNOSTICS FOR CONDITION MONITORING

A Midwestern transmission manufacturing facility with an existing, and successful, infrared, ultrasonics and vibration program implemented Motor Circuit Analysis to support the program. The results were fairly dramatic within the first quarter of implementation:

For example: Winding contamination resulting in clean-dip-and-bake versus allowing servo motors to run to failure, resulting in rewind.

Reduction in motor system life-cycle clost of about 35% Average maintenance man-hour savings for the first three quarters of 2002 were $30,000 per quarter. Immediately following the implementation of the motor diagnostics program in the middle of the third quarter of 2002, the amount increased to $300,000 per month, not including any production or other cost avoidance.

The implementation of an Electrical Motor Diagnostics program, and attention to the health of your motor system, will have an immediate and significant impact on your maintenance program and the profitability of your company.

From: Electric Motors and VFDs Handbook, Vol 3, The Electricity Forum