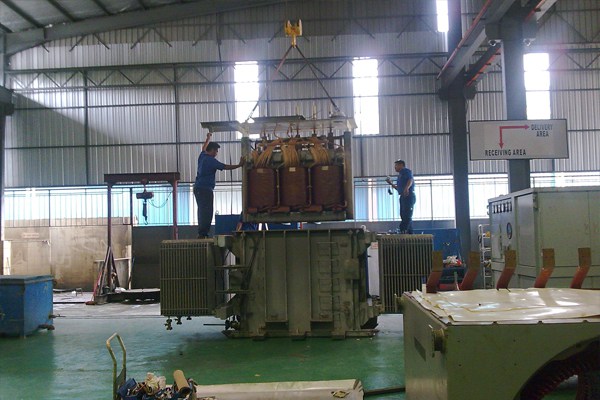 VDE stands for Verband Deutscher Electrotechniker—the Association for Electrical, Electronic, and Information Technologies— a German standards organization similar in function to the Institute of Electrical and Electronics Engineers (IEEE) in the United States. The D1816 method uses electrodes specified to conform to the design of a VDE standard, Specification 0370. The third standard method is IEC Standard 60156, Insulating liquids—Determination of the breakdown voltage at power frequency— Test method. Standard 60156, published by the nonprofit, non-governmental international standards organization, the International Electrotechnical Commission (IEC), uses electrodes that are similar geometrically to the VDE electrodes.

In all three test methods, the electrodes are mounted in a test cell filled with insulating liquid to ensure that the electrodes are completely covered. The test cell is then installed in a dielectric breakdown voltage apparatus so that the electrodes can be charged with an appropriate alternating current (AC) voltage. The AC voltage is increased until breakdown occurs, signified by the operation of automatic circuit interruption equipment included in the dielectric voltage breakdown apparatus. The methods vary with regard to the geometry of the electrodes themselves, as noted above, and the gap spacing of the electrodes and rate of rise for the applied AC voltage. A D1816 test cell will be equipped with a two bladed impeller and shaft to provide agitation of the test specimen. A 60156 test cell may also be equipped with a similar impeller, but it is optional for this method.

ASTM D877 is an older method. The electrodes resemble flat coins, and are spaced 0.1 inches (2.54 mm) apart. The rate of AC voltage rise across the electrodes during the determination of dielectric breakdown voltage by the D877 method is 3,000 volts-per-second.

Electrodes for the D1816 and IEC 60156 methods are similar to each other, resembling mushroom caps, each being a segment of a 25 mm (millimeter) radius-sphere with the edges rounded to a radius of four millimeters. In the D1816 method, there are two gaps settings that may be used, either one millimeter (0.039 inches) or two millimeters (0.079 inches). For a D1816 determination, the rate of rise for the AC voltage is 500 volts-per-second. For a dielectric breakdown voltage using the IEC method from standard 60156, the spherical electrodes are spaced 2.5 mm apart, and the rate of voltage increase is 2,000 volts per second. Dielectric breakdown voltage determinations identify the presence of contaminants in the oil. These include contamination by moisture, particles and oil aging and oxidation by-products.

From: Electrical Testing and Maintenance Handbook, Vol 11, The Electricity Forum