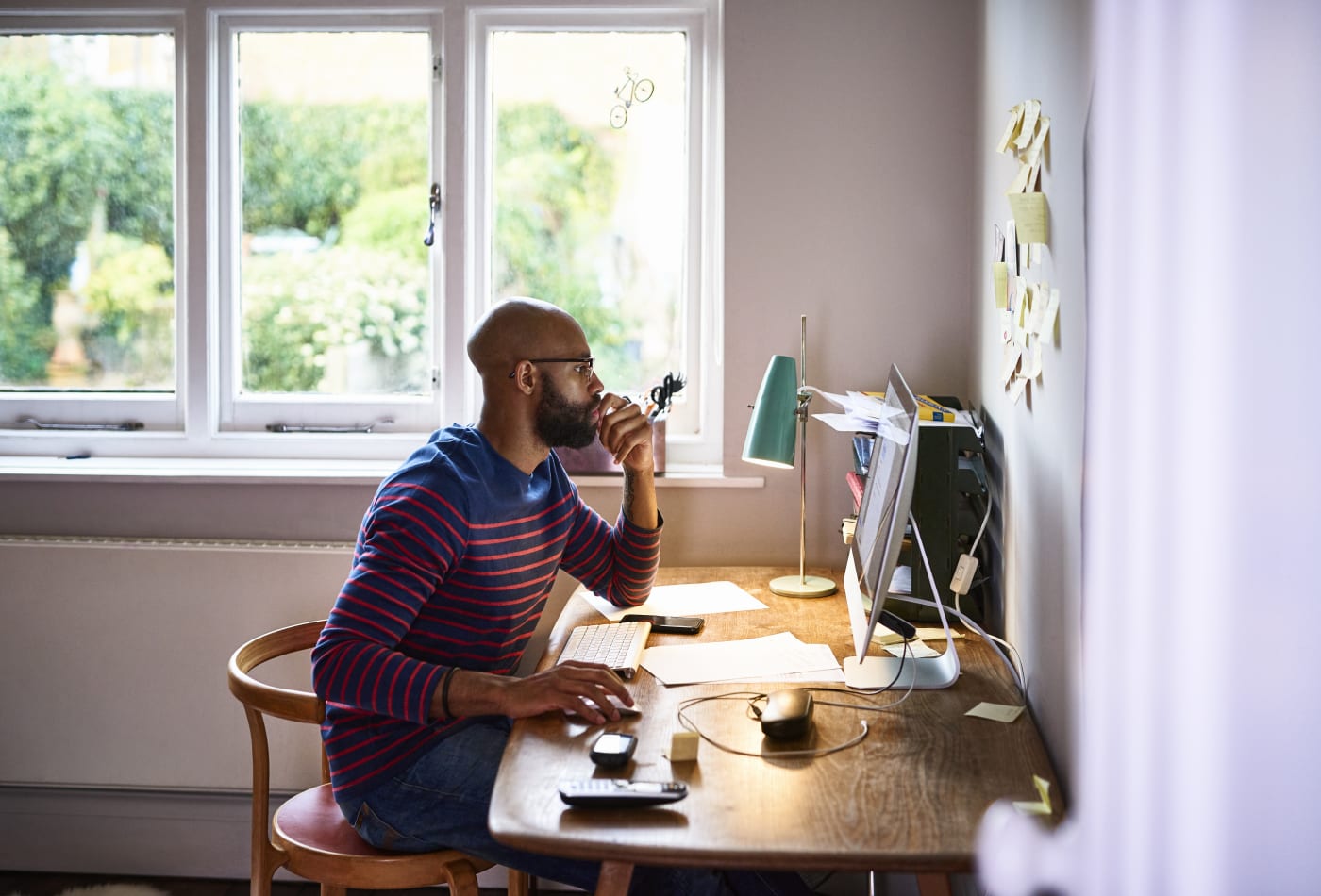 NEW YORK - Don't be surprised if your electric bills are looking higher than usual, with a sizable increase in the amount of power that you have used.

Summer traditionally is a peak period for electricity usage because of folks' need to run fans and air-conditioners to cool their homes or run that pool pump. But the arrival of the coronavirus and people working from home is adding to amount of power people are using.

Under normal conditions, those who work in their employer's offices might not be cooling their homes as much during the middle of the day or using as much electricity for lights and running computers.

For many, that's changed.

Estimates on how much of an increase residential electric customers are seeing as result of working from home vary widely.

ISO-New England, the regional electric grid operator, has seen a 3 percent to 5 percent decrease in commercial and industrial power demand. The expectation is that much of that decrease translates into a corresponding increase in residential electricity usage.

But other estimates put the increase in residential electricity usage much higher. A Washington state company that makes smart electric meters, Itron, estimates that American households are using 5 percent to 10 percent more electricity per month since March, when many people began working from home as part of an effort to prevent the spread of the coronavirus.

Another smart metering company, Cambridge, Mass.-based Sense, found that average home electricity usage increased 22 percent in April compared to the same period in 2019, a reflection of people using more electricity while they stayed home. Based on its analysis of data from 5,000 homes across 30 states, Sense officials said a typical customer's monthly electric bill increased by between $22 and $25, with a larger increase for consumers in states with higher electricity rates.

Connecticut-specfic data is harder to come by.

Officials with Orange-based United Illuminating declined to provide any customer usage data, though they did acknowledge that residential customers are using more electricity. And the state's other large electric distribution utility, Eversource, was unable to provide any recent data on residential electric usage. The company did tell Connecticut utility regulators there was a 3 percent increase in residential power usage for the week of March 21 compared to the week before.

Over the same time period, Eversource officials saw a 3 percent decrease in power usage by commercial and industrial customers.

Alan Behm of Cheshire said he normally uses 597 kilowatt hours of electricity during an average month. But in April of this year, the amount of electricity he used rose by nearly 51 percent.

With many offices closed, the expense of heating, cooking and lighting is being shifted from employer to employee. And one remote work expert believes some companies are recognizing the burden those added costs are placing on workers -- and are trying to do something about it.

Technology giant Google announced in late May that it was giving employees who work from home $1,000 allowances to cover equipment costs and other expenses associated with establishing a home office.

"Google is very smart to have figured this out," Vela said. "This is what employees want, especially millenials. People are so much happier to be working remotely, getting those two to three hours back per day that some people spend getting to and from work is so much more important than a stipend."

Vela predicted that even after a vaccine is found for the corona virus, one of the key worklife changes is likely to be a broader acceptance of working from home.

"I think that's where we're headed," he said. "I think it will make an employer more attractive as they try to attract talent from around the world."

Vela said employers save an average of $11,000 per year for each employee they have working from home.

"It would be a brilliant move if a company were to share some of that amount with employees," he said. "I wouldn't do it if it's going to cause a company to not be there (in business) though."

The idea of a company sharing whatever savings it achieves by having employees work from home wasn't well received by many Connecticut residents who responded to questions posed via social media by Hearst Connecticut Media. More than 100 people responded and an overwhelming number of people spoke out against the idea.

"You are saving on gas and other travel related expenses, so the small increase in your electric bill shouldn't really be a concern," said Kathleen Bennett Charest of Wallingford.

"Employers must still maintain their offices and incur all of the fixed expenses involved, including basic utilities, taxes and insurance," Krupp said. "The cost savings (for employers) that are realized are also offset by increased costs of creating and maintaining IT networks that allow employees to access their work sites from home and the costs of monitoring and managing the work force."

Kiki Nichols Nugent of Cheshire said she was against the idea of an employee trying to get their employer to pay for the increased electricity costs associated with working from home.

"I would not nickle and dime," Nugent said. "If companies are saving on electricity now, maybe employers will give better raises next year."

New Haven resident Chris Smith said he is "just happy to have a job where I am able to telecommute."

"When teleworking becomes more the norm, either now or in the future, we may see increased wages for teleworkers either for the lower cost to the employer or for the increase in productivity it brings," Smith said.