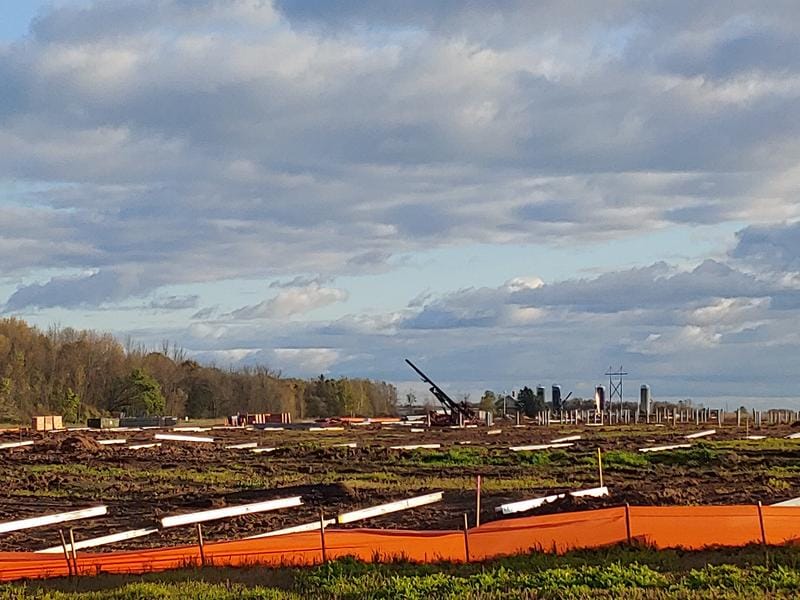 Wind power is increasing more slowly in the state. However, developers are again coming forward with proposals for multiple turbines.

Nationally, researchers are working on ways to get even more energy from solar and wind, as states like Wisconsin aim to reduce their carbon emissions over the next few decades.

One reason solar energy is growing in Wisconsin is due to the silicon panels becoming more efficient. But scientists haven't finished trying to improve panel efficiency. The National Renewable Energy Laboratory (NREL) in Golden, Col., is one of the research facilities experimenting with brushing a lab-made solution called perovskite onto a portion of a panel called a solar cell.

In a demonstration video supplied by NREL, senior scientist Maikel van Hest said that, in the lab anyway, the painted cell and its electrical connections called contacts, produce more energy:

"There you go! That's how you paint a perovskite solar cell. And you imagine that ultimately what you could do is you could see a company come in with a truck in front of your house and they would basically paint on the contacts first, dry those, and paint the perovskite over it. That you would have photovoltaic cells on the side of your house, put protective coating on it, and we're done."

Another NREL scientist, David Moore, says the new solar cells could be made faster and help meet what's expected to be a growing global demand for energy. However, Moore says the problem has been lack of stability.

"A solar cell with perovskites will last a couple years. We need to get that to 20-25 years, and that's the big forefront in perovskite research, is getting them to last longer," Moore told members of the Society of Environmental Journalists during a recent tour of NREL.

Another part of improving renewable energy is making wind turbines more productive. At NREL's Insight Center, a large screen showing energy model simulations dominates an otherwise darkened room. Visualization scientist Nicholas Brunhart-Lupo points to a display on the screen that shows how spinning turbines at one edge of a wind farm can cause an airflow called a wake, which curtails the power generation of other turbines.

"So what we find in these simulations is these four turbines back here, since they have this used air, this low-velocity wake being blown to their faces, they're only generating about 20% of the energy they should be generating," he explains.

Brunhart-Lupo says the simulations can help wind farm developers with placement of turbines as well as adjustments to the rotor and blades called the yaw system.

Continued progress with renewables may be vital to any state or national pledges to reduce use of fossil fuels and carbon emissions linked to climate change. Some scientists say to limit a rise in global temperature, there must be a big decline in emissions by 2050.

But even utilities that say they support use of more renewables aren't ready to let go of some energy sources. Jonathan Adelman of Xcel Energy, which serves part of Western Wisconsin, says Xcel is on track to close its last two coal-fired power plants in Minnesota. But he says the company will need more natural gas plants, even though they wouldn't run as often.

"It's not perfect. And it is in conflict with our ultimate goal of being carbon-free," says Adelman. "But if we want to facilitate the transition, we still need resources to help that happen."

Some in the solar industry would like utilities that say they need more natural gas plants to put out competitive bids to see what else might be possible. Solar advocates also note that in some states, energy regulators still favor the utilities.

Meanwhile, solar slowly marches ahead, including here in southeastern Wisconsin.

On the roof of a ranch-style home in River Hills, a work crew from the major solar firm Sunrun recently installed mounting brackets for solar panels.

Sunrun Public Policy Director Amy Heart says she supports research into more efficient renewables. But she says another innovation may have to come in the way regulators think.

Large-scale energy storage batteries are already being used in some limited cases. But energy researchers continue to make improvements to them, too, as scientists race to reduce the expected additional harm of climate change.