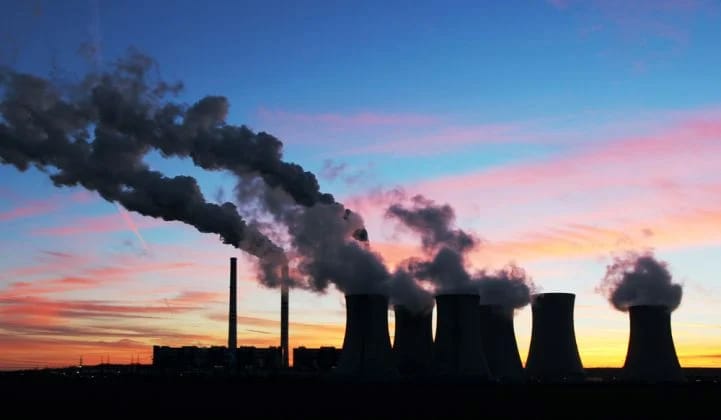 One last puff: Many coal-fired power stations are closing in Europe and the United States

WASHINGTON - The coronavirus pandemic has not changed the grim reality facing workers at coal and nuclear power plants in the U.S. and Europe. How those workers will fare in the years ahead will vary greatly based on where they live and the prevailing political winds.

In Europe, the retirement of aging plants is increasingly seen as a matter of national concern. Germany this year agreed to a €40 billion ($45 billion) compensation package for workers affected by the country's planned phaseout of coal generation by 2038. Last month the Spanish authorities agreed on a just transition plan affecting 2,300 workers across 12 thermal power plants that are due to close this year.

In contrast, there is no federal support plan for such workers in the U.S., said Tim Judson, executive director at the Maryland-based Nuclear Information and Resource Service, which lobbies for an end to nuclear and fossil-fuel power.

For all of President Donald Trump’s professed love of blue-collar workers in sectors such as coal, “where there are economic transitions going on, we’re terrible at supporting workers and communities,” Judson said of the U.S. Even at the state level, support for such workers is "almost nonexistent,” he said, “although there are a lot of efforts going on right now to start putting in place just transition programs, especially for the energy sector.”

One example that stands out in the U.S. is the support package secured for workers at utility PG&E's Diablo Canyon Power Plant, California's last operating nuclear power plant that is scheduled for permanent closure in 2025. “There was a settlement between the utility, environmental groups and labor unions to phase out that plant that included a very robust just transition package for the workers and the local community,” Judson said.

Are there enough clean energy jobs to replace those being lost?
Governments are more likely to step in with "just transition" plans where they have been responsible for plant closures in the first place. This is the case for California, Germany and Spain, all moving aggressively to decarbonize their energy sectors.

Some companies are beginning to take a more proactive approach to helping their workers with the transition. German energy giant Uniper, for example, is working with authorities to save jobs by seeking to turn coal plants into lower-emissions gas-fired units.

Germany’s coal phaseout will force Uniper to shut down 1.5 gigawatts of hard-coal capacity by 2022, but the company has said it is looking at "forward-looking" options for its plants that "will be geared toward tomorrow's energy world and offer long-term employment prospects."

Christine Bossak, Uniper’s manager of external communications, told GTM this approach would be adopted in all the countries where Uniper operates coal plants.

Job losses are usually inevitable when a plant is closed, Bossak acknowledged. “But the extent of the reduction depends on the alternative possibilities that can be created at the site or other locations. We will take care of every single employee, should he or she be affected by a closure. We work with the works council and our local partners to find sustainable solutions.”

Diana Junquera Curiel, energy industry director for the global union federation IndustriALL, said such corporate commitments looked good on paper — but the level of practical support depends on the prevailing political sentiment in a country.

Even in Spain, where the closure of coal plants was being discussed 15 years ago, a final agreement had to be rushed through at the last minute upon the arrival of a socialist government, Junquera Curiel said. An earlier right-wing administration had sat on the plan for eight years, she added.

The hope is that heel-dragging over just transition programs will diminish as the scale of legacy plant closures grows.

Nuclear industry facing a similar challenge as coal
One reason why government support is so important is there's no guarantee a burgeoning clean energy economy will be able to absorb all the workers losing legacy generation jobs. Although the construction of renewable energy projects requires large crews, it often takes no more than a handful of people to operate and maintain a wind or solar plant once it's up and running, Junquera Curiel observed.

Meanwhile, the job losses are unlikely to slow. In Europe, Austria and Sweden both closed their last coal-fired units recently.

In the U.S., the Energy Information Administration's base-case prediction is that coal's share of power generation will fall from 24 percent in 2019 to 13 percent in 2050, while nuclear's will fall from 20 percent to 12 percent over that time horizon. The EIA has long underestimated the growth trajectory of renewables in the mix; only in 2020 did it concede that renewables will eventually overtake natural gas as the country's largest source of power.

The Institute for Energy Economics and Financial Analysis has predicted that even a coronavirus-inspired halt to renewables is unlikely to stop a calamitous drop in coal’s contribution to U.S. generation.

The nuclear sector faces a similar challenge as coal, albeit over a longer timeline. Last year saw the nuclear industry starting to lose capacity worldwide in what could be the beginning of a terminal decline. Last week, the Indian Point Energy Center closed permanently after nearly half a century of cranking out power for New York City.*

“The industry position would be that governments should support continued operation of existing reactors and new build as part of an overall policy to transition to a sustainable clean energy system,” said Jonathan Cobb, senior communication manager at the World Nuclear Association.

If this doesn’t happen, plant workers will be hoping they can at least get a Diablo Canyon treatment. Based on the progress of just transition plans so far, that may depend on how they vote just as much as who they work for.