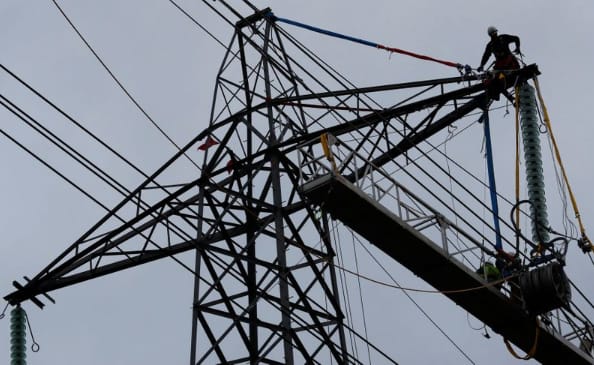 LONDON - Daily electricity demand in Britain is around 10% lower than before the country went into lockdown last week due to the coronavirus outbreak, data from grid operator National Grid showed on Tuesday.

The fall is largely due to big industrial consumers using less power, the operator said.

Last week, Prime Minister Boris Johnson ordered Britons to stay at home to halt the spread of the virus, imposing curbs on everyday life without precedent in peacetime.

Morning peak demand has fallen by nearly 18% compared to before the lockdown was introduced and the normal morning peak is later than usual because the times people are getting up are later and more spread out with fewer travelling to work and school, National Grid said.

Even though less power is needed overall, the operator still has to manage lower demand for electricity, as well as peaks, and keep the frequency and voltage of the system at safe levels.

Last August, a blackout cut power to one million customers and caused transport chaos as almost simultaneous loss of output from two generators caused by a lightning strike caused the frequency of the system to drop below normal levels.

National Grid said it can use a number of tools to manage the frequency, such as working with flexible generators to reduce output or draw on storage providers to increase demand.