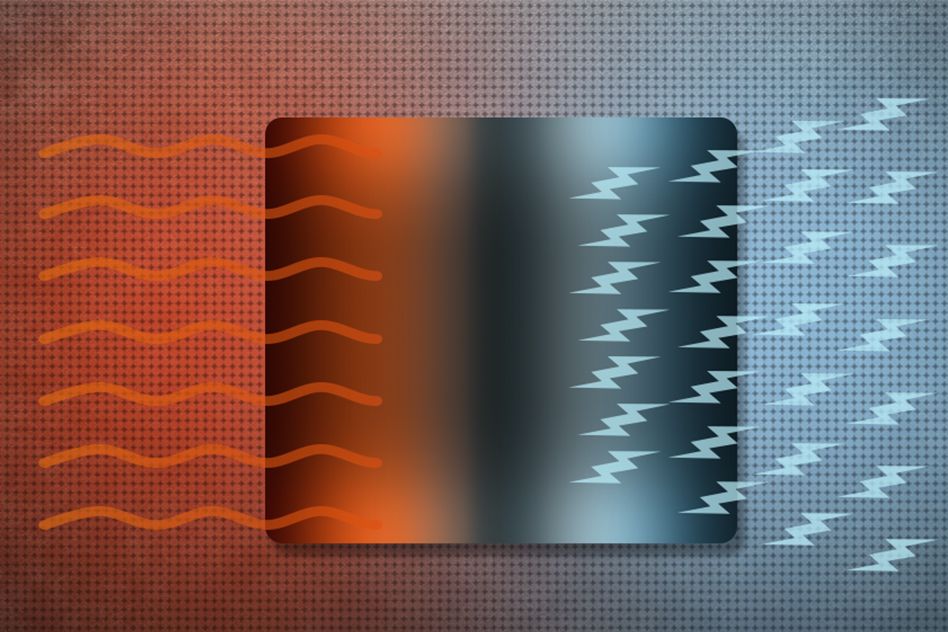 NEW YORK - With the addition of sensors and enhanced communication tools, providing lightweight, portable power has become even more challenging. Army-funded research demonstrated a new approach to turning thermal energy into electricity that could provide compact and efficient power for Soldiers on future battlefields.

Hot objects radiate light in the form of photons into their surroundings. The emitted photons can be captured by a photovoltaic cell and converted to useful electric energy. This approach to energy conversion is called far-field thermophotovoltaics, or FF-TPVs, and has been under development for many years; however, it suffers from low power density and therefore requires high operating temperatures of the emitter.

The research, conducted at the University of Michigan and published in Nature Communications, demonstrates a new approach, where the separation between the emitter and the photovoltaic cell is reduced to the nanoscale, enabling much greater power output than what is possible with FF-TPVs for the same emitter temperature.

This approach, which enables capture of energy that is otherwise trapped in the near-field of the emitter is called near-field thermophotovoltaics or NF-TPV and uses custom-built photovoltaic cells and emitter designs ideal for near-field operating conditions.

This technique exhibited a power density almost an order of magnitude higher than that for the best-reported near-field-TPV systems, while also operating at six-times higher efficiency, paving the way for future near-field-TPV applications, according to Dr. Edgar Meyhofer, professor of mechanical engineering, University of Michigan.

"The Army uses large amounts of power during deployments and battlefield operations and must be carried by the Soldier or a weight constrained system," said Dr. Mike Waits, U.S. Army Combat Capabilities Development Command's Army Research Laboratory. "If successful, in the future near-field-TPVs could serve as more compact and higher efficiency power sources for Soldiers as these devices can function at lower operating temperatures than conventional TPVs."

"This was achieved by fabricating thin-film TPV cells with ultra-flat surfaces, and with a metal back reflector," said Dr. Stephen Forrest, professor of electrical and computer engineering, University of Michigan. "The photons above the band-gap of the cell are efficiently absorbed in the micron-thick semiconductor, while those below the band-gap are reflected back to the silicon emitter and recycled."

The team grew thin-film indium gallium arsenide photovoltaic cells on thick semiconductor substrates, and then peeled off the very thin semiconductor active region of the cell and transferred it to a silicon substrate.

All these innovations in device design and experimental approach resulted in a novel near-field TPV system.

"The team has achieved a record ~5 kW/m2 power output, which is an order of magnitude larger than systems previously reported in the literature," said Dr. Pramod Reddy, professor of mechanical engineering, University of Michigan.

Researchers also performed state-of-the-art theoretical calculations to estimate the performance of the photovoltaic cell at each temperature and gap size and showed good agreement between the experiments and computational predictions.