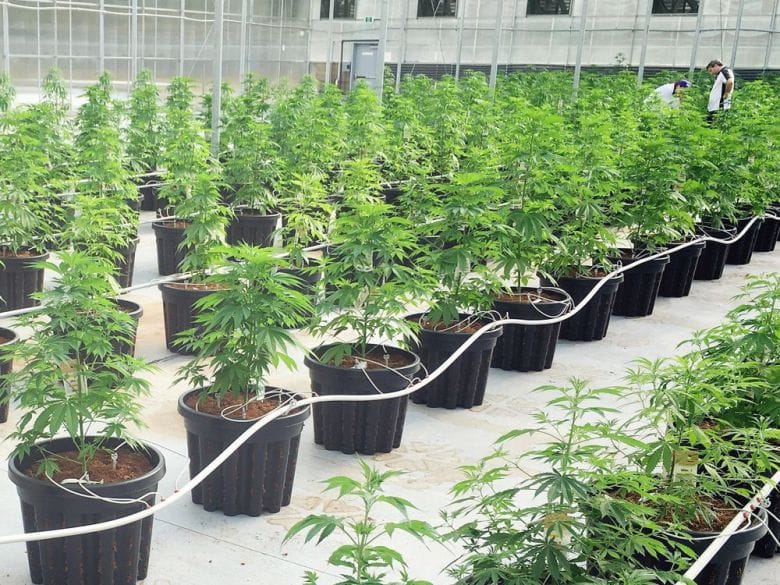 VANCOUVER - In the seven months since the Trudeau government legalized recreational marijuana use, licensed producers across the country have been locked in a frenetic race to grow mass quantities of cannabis for the new market.

But amid the rush for scale, questions of sustainability have often taken a back seat.

According to EQ Research LLC, a U.S.-based clean-energy consulting firm, cannabis facilities can need up to 150 kilowatt-hours of electricity per year per square foot. Such input is on par with data centres, which are themselves 50 to 200 times more energy-intensive than a typical office building.

At the Lawrence Berkley National Laboratory in California, a senior scientist estimated that one per cent of U.S. electricity use came from grow ops. The same research — published in 2012 — also found that the procedures for refining a kilogram of weed emit around 4,600 kilograms of carbon dioxide to the atmosphere, equivalent to operating three million cars for a year.

“All factors considered, a very large expenditure of energy and consequent ‘environmental imprint’ is associated with the indoor cultivation of marijuana,” wrote Ernie Small, a principal research scientist for Agriculture and Agri-Food Canada, in the 2018 edition of the Biodiversity Journal.

Those issues have left some turning to technology to try to reduce the industry’s footprint — and the economic costs that come with it.

“The core drawback of most greenhouse environments is that you’re just getting large rooms, which are harder to control,” says Dan Sutton, the chief executive officer of Tantalus Labs., a B.C.-based cannabis producer. “What we did was build a system specifically for cannabis.”

Sutton is referring to SunLab, the culmination of four years of construction, and at present the main site where his company nurtures rows of the flowering plant. The 120,000-square foot structure was engineered for one purpose: to prove the merits of a sustainable approach.

“We’re actually taking time-series data on 30 different environmental parameters — really simple ones like temperature and humidity — all the way down to pH of the soil and water flow,” says Sutton. “So if the temperature gets a little too cold, the system recognizes that and kicks on heaters, and if the system senses that the environment is too hot in the summertime, then it automatically vents.”

A lot is achieved without requiring much human intervention, he adds. Unlike conventional indoor operations, SunLab demands up to 90 per cent less electricity, avoids using pesticides, and draws from natural light and recaptured rainwater to feed its crops.

The liquid passes through a triple-filtration process before it is pumped into drip irrigation tubing. “That allows us to deliver a purity of water input that is cleaner than bottled water,” says Sutton.

As transpiration occurs, a state-of-the-art, high-capacity airflow suspended below the ceiling cycles air at seven-minute intervals, repeatedly cooling the air and preventing outbreaks of mould, while genetically modified “guardian” insects swoop in to eliminate predatory pests.

“When we first started, people never believed we would cultivate premium quality cannabis or cannabis that belongs on the top shelf, shoulder to shoulder with the best in the world and the best of indoor,” says Sutton.

Challenges still exist but they pale in comparison to the obstacles that American companies with an interest in adopting greener solutions persistently face.

Although cannabis is legal in a number of states, it remains illegal federally, which means access to capital and regulatory clarity south of the border can be difficult to come by.

“Right now getting a new project built is expensive to do because you can’t get traditional bank loans,” says Canndescent CEO Adrian Sedlin, speaking by phone from California.

In retrofitting the company’s farm to accommodate a sizeable solar field, he struggled to secure investors.

“We spent over a year and a half trying to get it financed,” says Sedlin. “Finding someone was the hard part.”

Decriminalizing the drug would ultimately increase the supply of capital and lower the costs for innovative designs, something Sedlin says would help incentivize producers to switch to more effective and ecologically sound techniques.

Canndescent, however, is already there.

“We’re now harnessing the sun to reduce our reliance on fossil fuels and going to sustainable, or replenishable, energy sources, while leveraging the best and most efficient water practices,” says Sedlin. “It’s the right thing to do.”