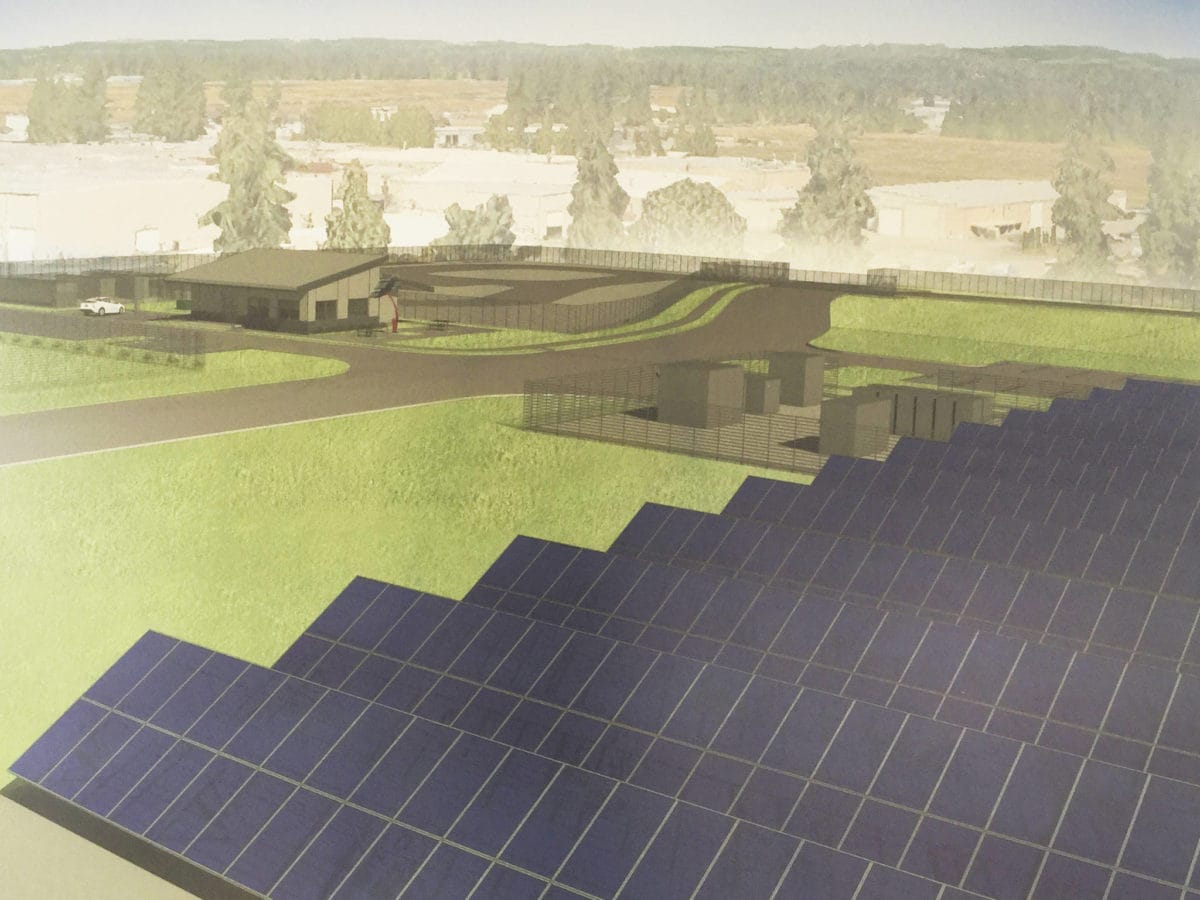 summerside solar - A proposed solar energy project, to be constructed on municipally-owned property on Cartwright Mountain, will allow Summerland Power to produce some of its own electricity.

The project will include around 3,200 solar panels and storage batteries, giving Summerland Power the ability to generate 1,200 megawatts of electrical power.

This is the amount of energy used by 100 homes over the course of a year.

“It’s a really big step for a small utility like ours,” said Tami Rothery, sustainability/alternative energy coordinator for Summerland. “We’re looking forward to moving towards a bright, sunny energy future.”

She said the price of solar panels has been dropping and the quality and efficiency of the panels has increased in recent years.

The total cost of the project is around $7 million, with $6 million to come from grant funding and the remainder to come from the municipality’s electrical utility reserve fund.

The site, a former public works yard and storage area, was selected from 108 parcels of land considered by the municipality.

She said the site, vacant since the 1970s, is close to main electrical lines and will not be highly visible once the panels are in place.

Access to the site is restricted, resulting in natural security to the solar installation.

However, some in the audience on Monday questioned the location of the proposed solar installation, suggesting the site would be better suited for affordable housing in the community.

The timeline for the project calls for roughly two years before the work will be completed, since there is an 18-month lead time in order to receive good quality solar panels.