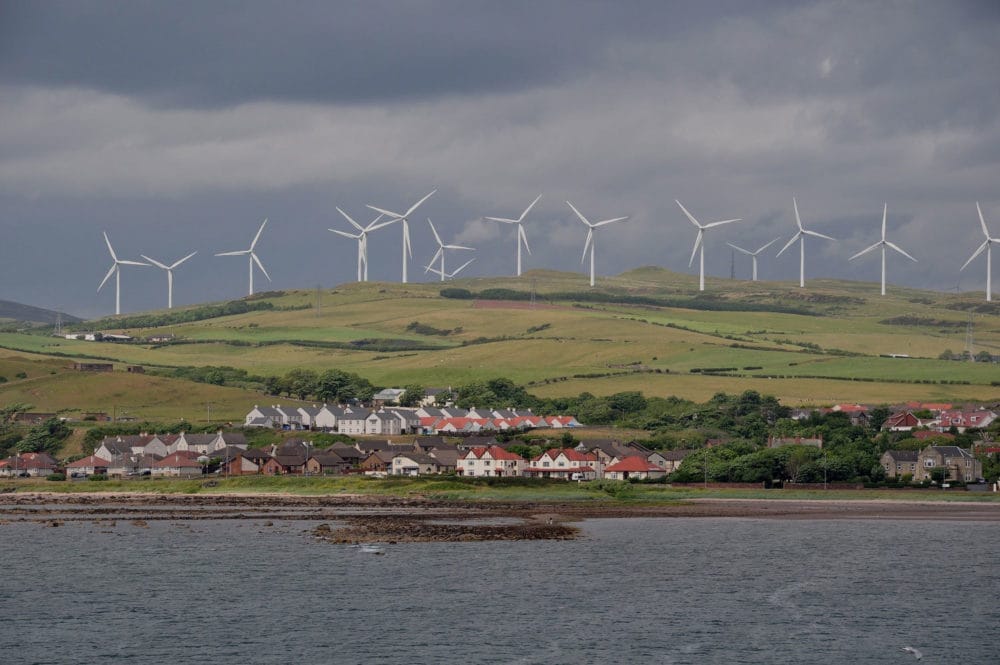 GLASGOW - Wind turbines in Scotland produced enough electricity in the first half of 2019 to power every home in the country twice over, according to new data by the analytics group WeatherEnergy. The wind farms generated 9,831,320 megawatt-hours between January and June — equal to the total electricity consumption of 4.47 million homes during that same period.

The electricity generated by wind in early 2019 is enough to power all of Scotland’s homes, as well as a large portion of northern England’s.

“These are amazing figures,” Robin Parker, climate and energy policy manager at WWF, which highlighted the new data, said in a statement. “Scotland’s wind energy revolution is clearly continuing to power ahead. Up and down the country, we are all benefitting from cleaner energy and so is the climate.”

Scotland currently has a target of generating half its electricity from renewables by 2030 and decarbonizing its energy system almost entirely by 2050. Experts say the latest wind energy data shows the country could reach its goal far sooner than originally anticipated.