Saudis set to 'boost wind by over 6GW' 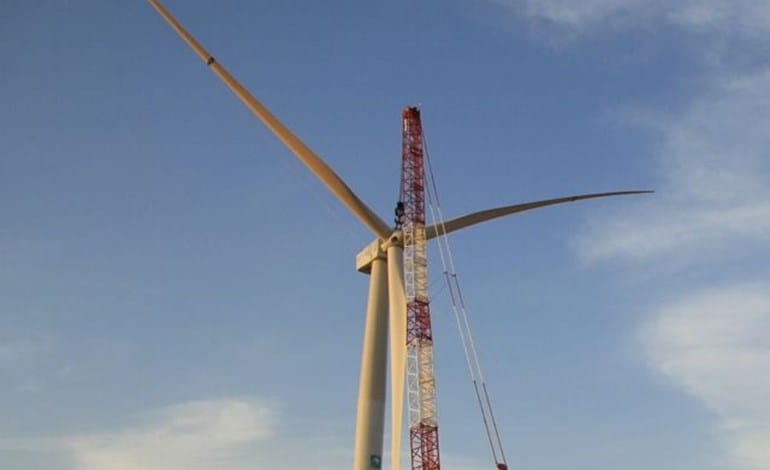 RIYADH - Saudi Arabia will become a regional heavyweight in the Middle East's wind power market adding over 6GW in the next 10 years, according to new research by Wood Mackenzie Power & Renewables.

“The level of Saudi ambition for wind and solar PV varies significantly, despite the cost parity between both technologies during the first round of tenders in 2018.”

Saudi Arabia has set a 16GW target for wind by 2030 and 40GW for solar, Wood Mackenzie added.

“Moving forward, the Renewable Energy Project Development Office will award 850MW of wind capacity in 2019, which is expected to be commissioned in 2021-2022, and increase the local content requirement in future tendering rounds,” Malik said.

However, Saudi Arabia will fall short of its current 2030 renewables target, despite growth projections and regional leadership, the report said.

Some 70% of the renewables capacity target is to be supported by the Public Investment Fund (PIF), the Saudi sovereign wealth fund, while the remaining capacity is to be awarded through REPDO.

“A central concern is the PIF’s lack of track record in the renewables sector and its limited in-house sectoral expertise,” said Malik

“REPDO, on the other hand, completed two renewables request for proposals after pre-developing the sites,” he said.

PIF is estimated to have $230bn of assets – targeted to reach $2 trillion under Vision 2030 – driven by investments in a variety of sectors ranging from electric vehicles to public infrastructure, Wood Mackenzie said.

“There is little doubt about the fund’s financial muscle, however, its past investment strategy focused on established firms in traditional industries,” Malik added.

“Aspirations to develop a value chain for wind and PV technologies locally is a different ball game and requires the PIF to acquire new capabilities for effective oversight of these ventures,” he said.

The report noted that regional volatility is expected to remain, with strong positive growth, driven by Jordan and Iran in 2018 expected to reverse in 2019.

“In 2018, developers added 185MW and 63MW of wind capacity in Jordan and Iran, respectively, compared to 53MW of capacity across the entire region in 2017,” said Malik.

“The completion of the 89MW Al Fujeij and the 86MW Al Rajef projects in 2018 indicates that Jordan has 375MW of the region’s operational 675MW wind capacity.

“Iran followed with 278MW of installed capacity at the end of 2018. A slowdown in 2019 is expected, as project development activity softens in Iran.

He added that a maturing project pipeline in the region supports the 2020-2021 outlook.

“Saudi Arabian demand serves as the foundation for regional demand. Regional demand diversification is also occurring, with Lebanon set to add 200-400MW to its existing permitted capacity pipeline of 202MW in 2019,” he said

“These developments pave the way for the addition of 2GW of wind capacity between 2019 and 2021.”

Wood Mackenzie Power & Renewables added that the outlook for solar in the region is “much more positive” than wind.

“Compared to only 6GW of wind power capacity, developers will add 53GW of PV capacity through 2024,” said Malik.

He added: “Solar PV has become a natural choice for many countries in the region, which is endowed with world class solar energy resources.

“The increased focus on solar energy is demonstrated by ambitious PV targets across the region.”