The crisis in numbers: How COVID-19 has reshaped Saskatchewan 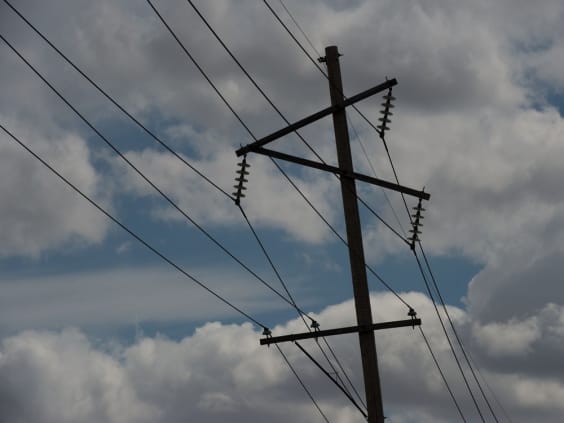 With more businesses closed, power consumption is down in Saskatchewan.

REGINA - We’re only just beginning to grasp how COVID-19 has upended Saskatchewan’s economy, its government and all of our lives.

The numbers that usually make headlines — job losses, economic contraction, bankruptcies — are still well behind the pace of the virus and its toll.

But other numbers change more quickly. Saskatchewan people are using less power. We’re racking up fewer speeding tickets. And as new restrictions come, we’re clicking onto Saskatchewan.ca as much as 10,000 times per minute.

Here’s some data that provides a first glimpse into how much our province has changed in just six weeks.

Electricity use tends to rise and fall in tandem with the health of the economy, and the most recent data from SaskPower suggests businesses are powering down.

But it’s not homes that are turning off the lights. SaskPower spokesman Joel Cherry said commercial and industrial usage is down, while residential demand is up as more people stay home.

The timing of power demand has also shifted. Peak load would usually come around 8 or 9 p.m. in April. Now it’s coming earlier, typically between 5 and 6 p.m.

Oil well applications fall 15-fold
Oil prices have cratered since late February, and producers in Saskatchewan have reacted by pulling back on drilling plans.

Applications for well licences fell from 242 in January to 203 in February (including nine potash and one helium operations), before dropping to 84 in March. April, the month benchmark oil prices went negative for one day, producers submitted just 15 applications.

That’s 15 times fewer than the 231 applications the Ministry of Energy and Resources received in April 2019.

Well licences are needed for drilling, operating, injecting, producing or exploring an oil and gas or potash well in the province.

There has been no clear trend in well abandonment, however. There were 176 applications for abandonment in March and 155 in April, roughly in line with figures from the year before.

SGI spokesman Tyler McMurchy believes the lower numbers might stem from a combination of lower traffic volumes during part of the month, possibly combined with a shift in police priorities. The March 2020 numbers are also well below January and February figures.

Indeed, the Ministry of Highways and infrastructure reported a 16 per cent decrease in average daily traffic last month compared to March 2019, through its traffic counts at 11 different spots on highways across the province.

In Regina, traffic counts at 16 locations dropped from a high of 2.1 million in the first week of March to a low of 1.3 million during the week of March 22. That’s a 44 per cent decrease.

Counts have gradually recovered to 1.6 million in the weeks since. The data was fairly consistent at all 16 spots, which are largely major intersections, though the city cautioned they may not be representative of Regina as a whole.

Tickets for cellphone use while driving also fell, dropping from 562 in February to 314 in March. McMurchy noted that distracted driving numbers in general have been falling since November as stiffer penalties were announced. Impaired driving tickets were up, by contrast, but still within a typical range.

Internet traffic shoots up 16 per cent, far more for rural high speed
You may be spending a lot more time on Netflix and Facebook in the age of social distancing, and SaskTel has noticed.

From late February to late April, SaskTel has seen “very significant increases in provincial data traffic.” DSL and fibre optic networks have handled a 16 per cent increase in traffic, while demand on the wireless LTE network is up 34 per cent.

Usage on the Fusion network up 46 per cent. That network serves rural areas that don’t have access to other high-speed options.

The specific reference dates for comparison were February 24 and April 27.

“We attribute these changes in data usage to the pandemic and not expected seasonal or yearly shifts in usage patterns,” said spokesman Greg Jacobs.

Saskatchewan.ca was attracting just 70 page views per minute on average in February. But page views jumped over 10,000 per minute at 2:38 p.m. on March 18, as Moe was still announcing the new measures.

Bureaucracy has increasingly migrated to cyberspace, with 62 per cent of civil servants now working from home. Government Skype calls, both audio and video, have tripled from 12,000 sessions per day to 35,000.Telephone conference calls increased by a factor of 14 from the first week of February to the second full week of April, with 25 times more weekly call participants.

The Ministry of Central Services reported a 17 per cent jump in emails received by government over the past two months, excluding the Ministry of Health.

But as civil servants spend more time on their computers, the government’s fleet is spending a lot less time on the road. The ministry has purchased 40 per cent fewer litres of fuel for its vehicles over the past four weeks, compared to the same time last year.

Alcohol wholesale volumes up 22 per cent, then fall back to normal
Retailers bought more alcohol from the Saskatchewan Liquor and Gaming Authority (SLGA) last month, just as the government began tightening pandemic restrictions.

Wholesale sales volumes were up 22 per cent over March 15 to 28, compared to the same period in 2019. SLGA spokesman David Morris said the additional demand “was likely the result of retailers stocking-up as restrictions related to COVID-19 took effect.”

But the jump didn’t last. Wholesale volumes were back to normal for the first two weeks of April. SLGA did notice a very slight uptick last week, however, with volumes out of its distribution centre up three per cent. The numbers do not include Brewer’s Distributors Ltd.

It’s unclear how much more alcohol consumers actually purchased, since province-wide retail numbers were not available.

There was no discernible trend in March for anti-anxiety medication, however. The number of prescriptions filled for benzodiazepines like Valium, Xanax and Ativan see-sawed over March, according to data provided by the College of Physicians and Surgeons, but its associate registrar does not believe the trends are statistically relevant.

One-fifth of tenants miss April rent
About 20 per cent of residential rent went totally unpaid in the first six days of April, according to the Saskatchewan Landlord Association (SLA).

The precise number is 19.7 per cent, but there’s some uncertainty due to the survey method, which is based on responses from 300 residential landlords with 14,000 units. An additional 12 per cent of tenants paid a portion of their rent, but not the full amount. The figures do not include social housing.

Cameron Choquette, the association’s executive officer, partly blames the province’s decision to suspend most landlord tenant board hearings for evictions, saying it “allows more people to take advantage of landlords by not paying their rent and not facing any consequences.”

The government has defended the suspension by saying it’s needed to ensure everyone has a safe place to self-isolate if needed during the pandemic.

According to Statistics Canada, 66.2 per cent of businesses reported laying off between zero and one per cent of their employees due to COVID-19. That was better than any other province. Just 7.6 per cent laid off all of their employees, again the best number outside the territories. The survey period was April 3 to 24.

Some businesses are even hiring. Walmart, for instance, has hired 300 people in Saskatchewan since mid-March.

Trade and Export Development Minister Jeremy Harrison chalked the data up to a relatively more optimistic business outlook in Saskatchewan, combined with “very targeted” restrictions and a support program for small and medium businesses.

That support program, which provides $5,000 grants to qualifying businesses affected by government restrictions, has only been around for three weeks. But it’s already been bombarded with 6,317 applications.

Businesses are coming to Harrison’s ministry with thousands of questions. Since it opened in March, the Business Response Team has received 4,125 calls and 1,758 emails.

The kinds of questions have changed over the course of the pandemic. Many are now asking when they can open their doors, according to Harrison, as they wonder about “grey areas” in the Re-Open Saskatchewan plan.