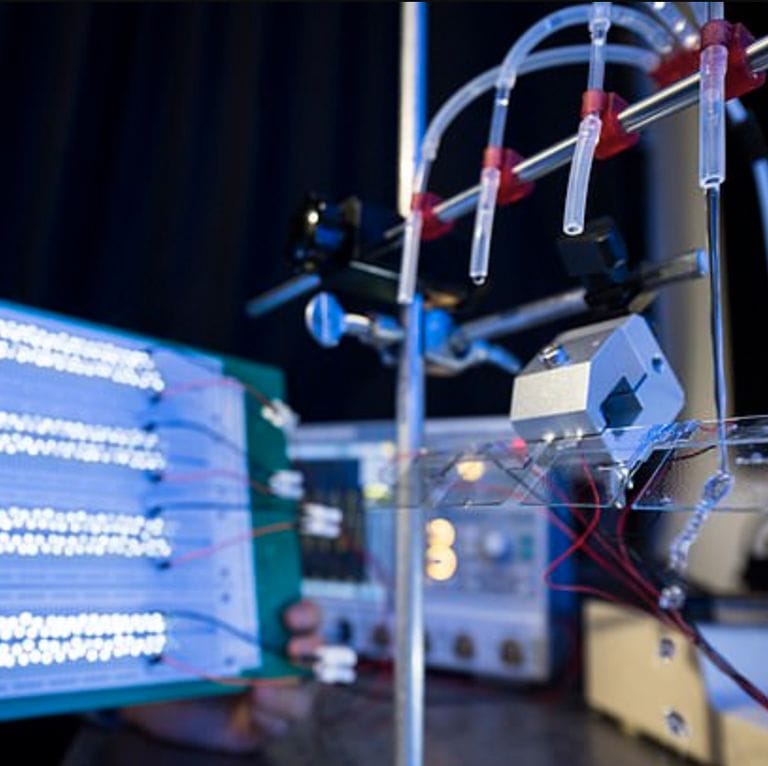 It's an old concept executed more efficiently than ever before.

HONG KONG - Scientists at the City University of Hong Kong have used a Teflon-coated surface and a phenomenon called triboelectricity to generate a charge from raindrops. “Here we develop a device to harvest energy from impinging water droplets by using an architecture that comprises a polytetrafluoroethylene [Teflon] film on an indium tin oxide substrate plus an aluminium electrode,” they explain in their new paper in Nature.

Triboelectricity itself is an old concept. The word means “friction electricity”—from the Greek tribo, to rub or wear down, which is why a diatribe tires you out—and dates back a long, long time. Static electricity is the most famous kind of triboelectric. In most naturally occurring kinds, scientists have studied triboelectric in order to avoid its effects, like explosions inside of grain silos or hospital workers touching off pure oxygen. (Blowing sand causes an electric field, and NASA even worries about static when astronauts eventually land on Mars.)

One of the most studied forms of intentional and useful triboelectric is in ocean wave generators, where the natural friction of waves meets nanogenerators of triboelectric energy. These even already use Teflon, which has natural conductivity that makes it ideal for this job. But triboelectricity is chaotic, and harnessing it generally involves a bunch of complicated, intersecting variables that can vary with the hourly weather. Promises of static electricity charging devices have often been, well, so much hot, sandy wind.

The scientists at City University of Hong Kong used triboelectric ideas to turn falling raindrops into energy. They say previous versions of the same idea were not very efficient, with materials that didn’t allow for high-fidelity transfer of electrical charge. (Many sources of renewable energy aren’t yet as efficient to turn into power, both because of developing technology and because their renewability means even less efficient use could be better than, for example, fossil fuels.)

“[A]chieving a high density of electrical power generation is challenging,” the team explains in its paper. “Traditional hydraulic power generation mainly uses electromagnetic generators that are heavy, bulky, and become inefficient with low water supply.” Diversifying how power is generated by water sources is good for the existing infrastructure as well as new installations.

The research team found that as simulated raindrops fell on their device, the way the water accumulated and spread created a link between their two electrodes, one Teflon-coated and the other aluminum. This watery de facto wire link closes the loop and allows accumulated energy to move through the system. Because it’s a mechanical setup, it’s not limited to salty seawater, and because the medium is already water, its potential isn’t affected by humidity.

Raindrop energy is very low frequency, which means this tech joins many other existing pushes to harvest continuously available, low frequency natural energy. To make an interface that increases “instantaneous power density by several orders of magnitude over equivalent devices,” as the researchers say they’ve done here, could represent a major step toward feasibility in triboelectric generation.